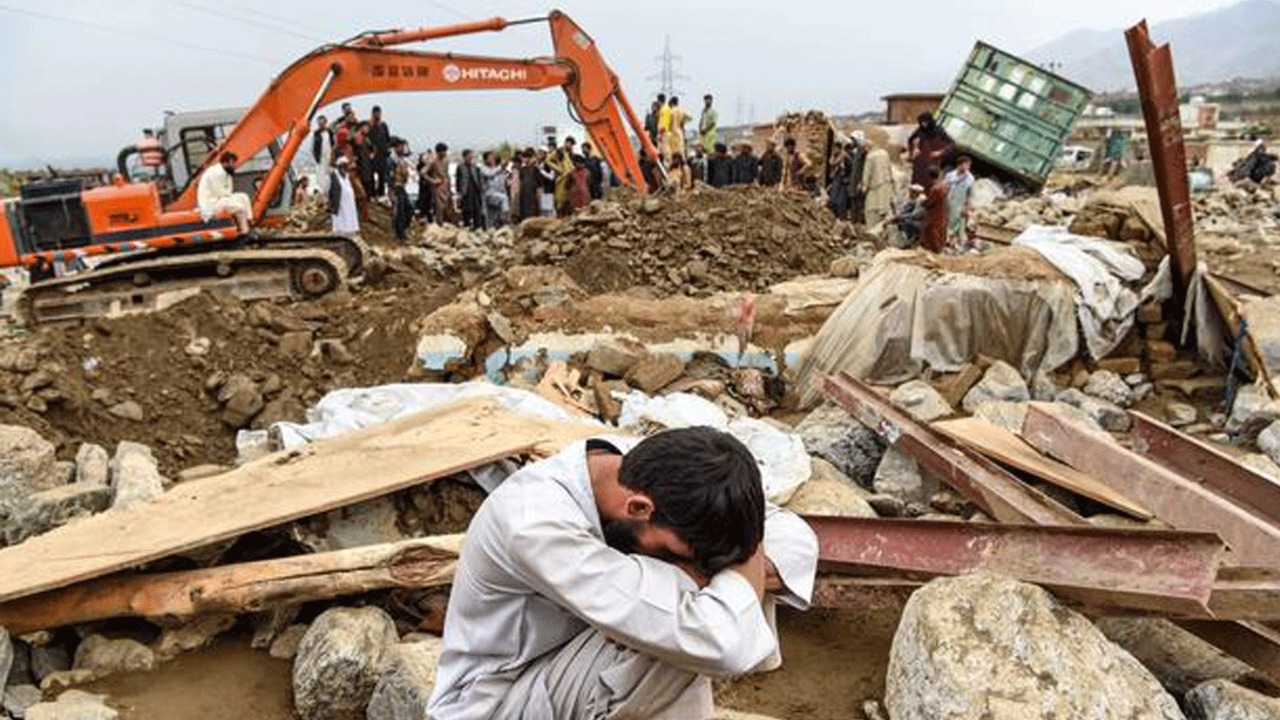 Shafaq News/ People in a remote part of eastern Afghanistan were buried under mud and debris when heavy rain brought flash floods during the night.

Children and women are said to be among the victims in Kamdesh, with at least 60 people dead and dozens more missing, and many homes destroyed.

The disaster zone is held by Taliban militants fighting the government.

Talks are being held to try to let rescue teams enter the area which is hard to reach in normal times.

Afghan officials gave a death toll of 60 but the Taliban say 150 people died in the flooding, the Associated Press news agency reports.

An engineer working for the province of Nuristan, where Kamdesh is located, told an Afghan journalist the final toll could exceed 200.

But it is not clear how well equipped they are to deal with a disaster on such a scale.

They have been fighting government forces across the country, gaining territory since US-led foreign troops left.

The world has already warmed by about 1.2C since the industrial era began and temperatures will keep rising unless governments around the world make steep cuts to emissions.

US troops to withdraw from Afghanistan

Austin: Al-Qaida could regroup in Afghanistan in 2 years