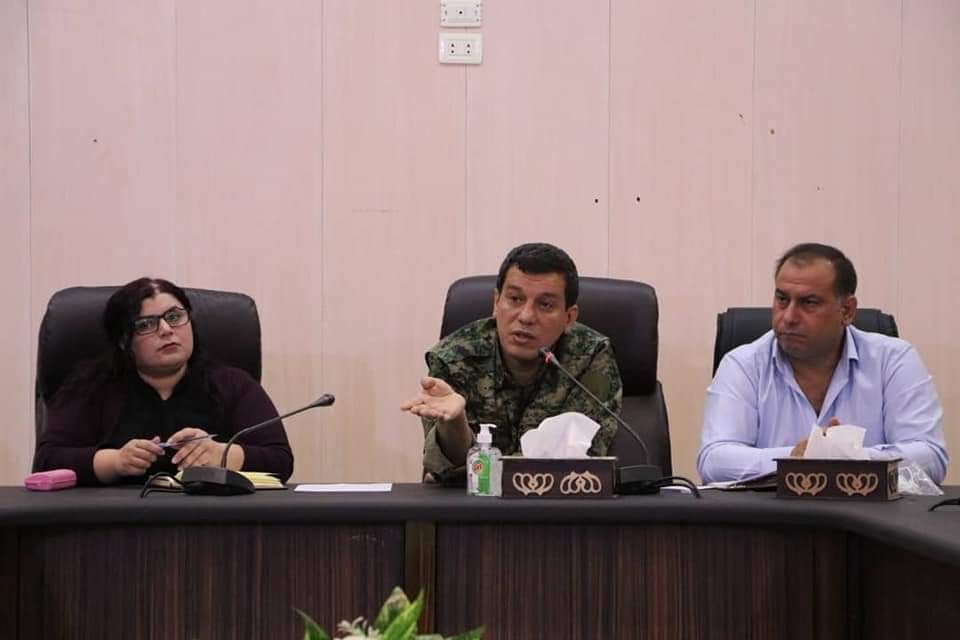 Shafaq News / The Commander-in-Chief of the Syrian Democratic Forces, Mazloum Abdi, confirmed that there are no political solutions on the horizon in the near term to the crisis in Syria, indicating that his forces will work in cooperation with the Autonomous Administration on a wide development plan based on solid foundations that guarantee the real and rapid development autonomy.

According to Abdi, “the focus will be on three main points, which are supporting bodies, committees and offices of the Autonomous Administration in a way that ensures unifying decisions in various fields and unifying frameworks and auxiliary activities for these bodies in a way that guarantees unified decisions and their enforcement. "

Abdi stated that "the coalition's support of the Autonomous Administration and the Syrian Democratic Forces will continue until all ISIS cells are eliminated and reconstruction begins."

With regards to the Kurdish-Kurdish dialogue, Abdi stressed "the necessity of continuing the dialogue and reaching positive results," stressing that "the Syrian Democratic Forces support this dialogue and work to cooperate with all parties to remove any obstacle that may hinder the progress of this process."