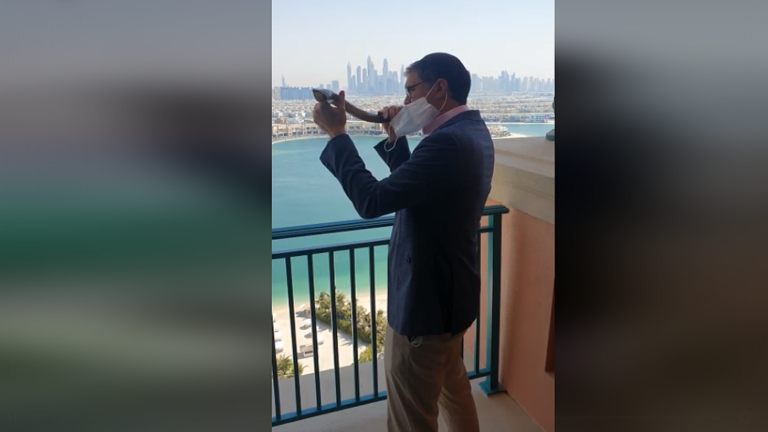 Shafaq News / The "Israel speaks Arabic" page on Facebook published a video showing a Jewish rabbi in the United Arab Emirates blowing the "shofar" Jewish trumpet in Dubai on the occasion of the Jewish New Year.

The Jewish community in the UAE celebrates the Jewish New Year (Rosh Hashanah) for the first time, in light of the announcement of the peace agreement between Abu Dhabi and Tel Aviv.

The number of the Jewish community in the Emirates is estimated at 3 thousand people, most of them are in Dubai, where there is only one known synagogue, and it has been open since 2008.