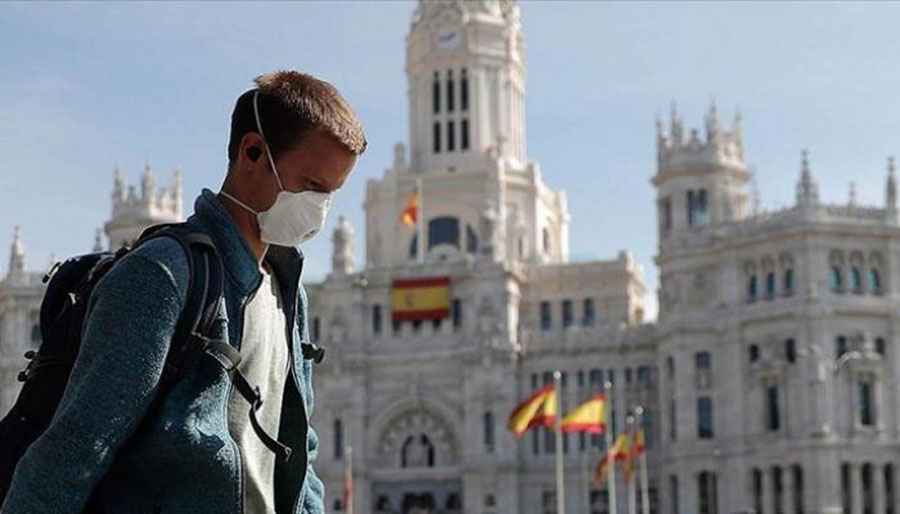 Shafaq news/ (CNBC) A variant of the coronavirus that is believed to have originated in Spain has spread across Europe and now accounts for most of the new cases reported in several countries in the region, according to the findings of a new study.

The research, which is due to published on Thursday and has not been peer reviewed, details how an international team of scientists has closely monitored the coronavirus through its genetic mutations.

Each variant of the coronavirus has its own genetic signature, meaning it can be traced back to the place it first emerged.

It says a new variant of the disease, identified as 20A.EU1 by researchers from Switzerland and Spain, was first observed in Spain in June. The new variant has been recorded in Spain at frequencies of above 40% since July, the study said.

Elsewhere, the new variant of the coronavirus has increased from “very low” values prior to July 15 to 40% to 70% in Switzerland, Ireland, and the U.K. in September. It was also found to be prevalent in Norway, Latvia, the Netherlands, and France

Researchers of the study said they had no direct evidence to suggest the new variant of the virus spreads faster than other mutations, despite the rise in frequency across multiple countries.

It also said there was currently no data to assess the severity of the disease, and while 20A.EU1 was dominant in some countries, it had not taken over everywhere and diverse variants of the coronavirus “continue to circulate across Europe.”

The findings of the study indicate that people returning from vacations in Spain may have played a role in spreading the new variant of the virus across Europe.

It also raises questions about whether a recent upsurge in the number of new reported Covid-19 infections across the region could have been capped by stricter travel measures and improved screening at airports and other transport hubs.

“It is currently unclear whether this variant is spreading because of a transmission advantage of the virus or whether high incidence in Spain followed by dissemination through tourists is sufficient to explain the rapid rise in multiple countries,” the study said.

A wave of new coronavirus cases in Europe has prompted some countries to impose fresh lockdown measures as winter looms.

German Chancellor Angela Merkel on Wednesday announced a “light lockdown,” with bars, restaurants, gyms, cinemas and theaters to close from next week.

In a similar move, French President Emmanuel Macron confirmed a second nationwide lockdown from Friday, with only schools and factories to remain open — in contrast to March, when these were also shut.

Europe has recorded almost 10 million cases of the coronavirus, according to the WHO, with 273,678 related deaths.