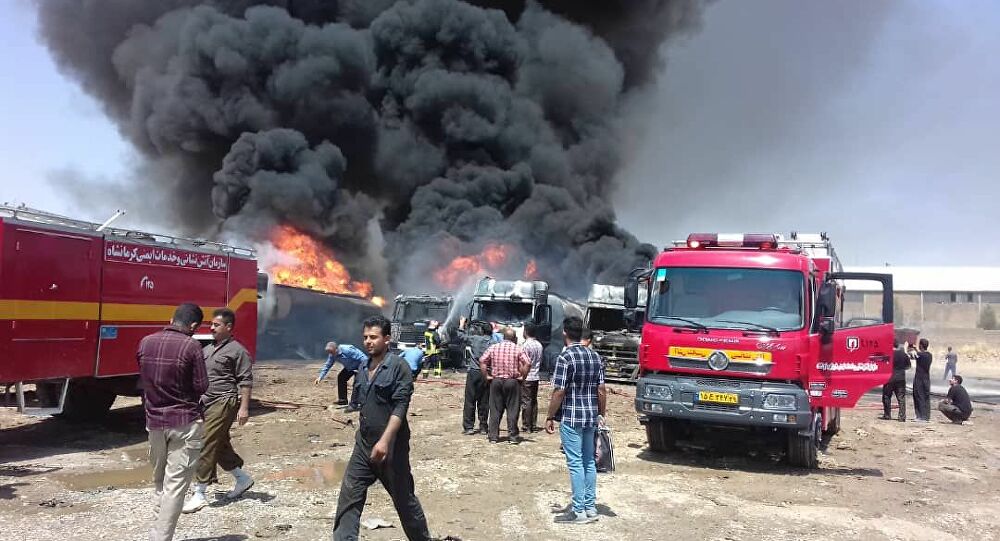 Shafaq News/ Iranian media reported on Saturday that a large fire broke out in Bushehr in the south of Iran, where the Bushehr nuclear power plant is located.

According to the Iranian "Fars" news agency, "a fire erupted in an area belonging to the Iranian navy near the city. Emergency teams were dispatched to the site and managed to contain the blazes within two hours."

Quoting local officials, the agency added that "No casualties have been reported, and the cause of the fire is yet to be determined."

On Sunday, May 2, 2021, a large fire erupted in the "Shokuhieh" industrial area in the city of Qom, south of Tehran, resulting in deaths and injuries.