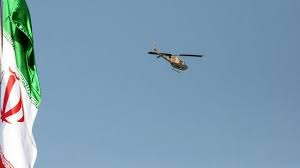 Shafaq News/ Iranian media reported, on Saturday, that one person was killed and 11 were injured when a helicopter carrying ballot boxes crashed in Khuzestan province, southwest of Iran.

"The helicopter was carrying 12 people, one of whom was killed, and the others were seriously wounded," Fars news agency quoted the governor of Khuzestan, Qassem Soleimani Dashtaki as saying.

Dashtaki pointed out that the helicopter was heading to the capital, Tehran, to count the votes.”

It is noteworthy that helicopters were used to transport the ballot boxes due to rugged land in Dezful, Ahwaz Governorate.