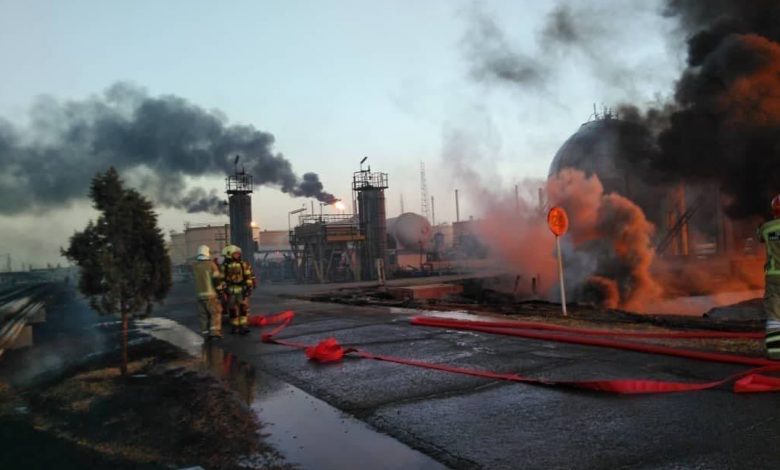 Shafaq News/ Iranian state television reported on Wednesday that a huge plume of black smoke rose over southern Tehran, and officials are investigating.

The massive fire that broke out in the Tehran Oil Refinery spread to reaching 18 oil tanks.

The spokesperson of the Iranian Emergency Organization, Mojtaba Khalidi, said "the fire led to the ignition of the oil tanks in the Tehran refinery, which prompted the authorities to send ten fire trucks to the site of the accident."

For his part, the Head of Tehran Emergency Department, Peyman Saberian said the fire has been caused in the Tehran oil refinery by an ignition of the liquid gas lines.

Saberian pointed out that there were no reports of "injuries as a result of the accident," noting that” firefighters are working to extinguish the fire."

The Iranian official confirmed that there is no "risk of environmental pollution that threatens the lives of the residents of the capital".