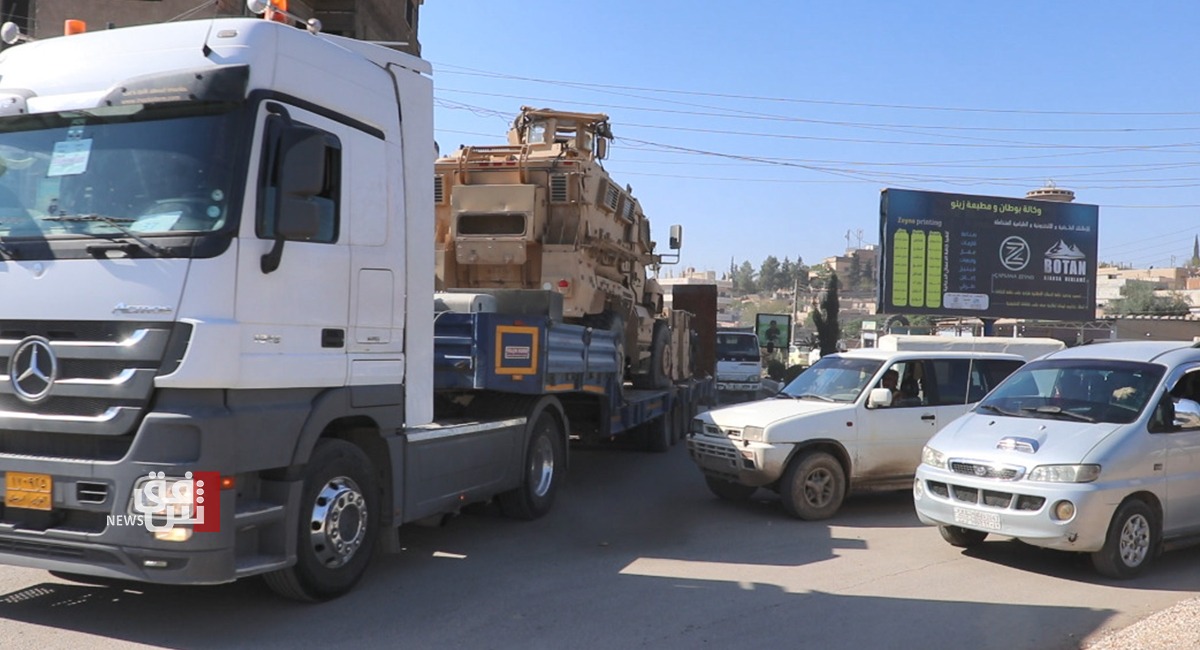 A military source told Shafaq News Agency; the convoy supplying U.S.-led coalition forces moved from Kurdistan Region through the Al-Walid border crossing and settled down in the military bases of the Coalition in Hasakah.

The Source added that the convoy is loaded with logistical materials, armored vehicles and military equipment, in addition to fuel tanks.

Earlier this week, a Global Coalition convoy of about 50 vehicles, fuel tanks and trucks arrive in Hasakah.

US imposes Syria-related sanctions on officials and entities

SOHR: About 90 deaths in clashes at Ghweran prison