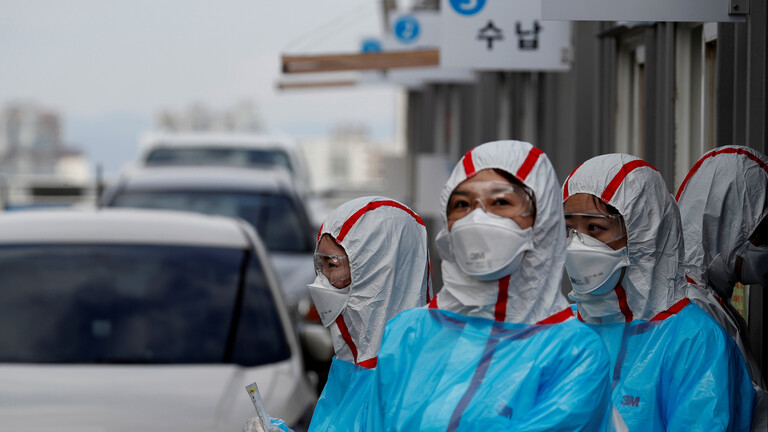 The workers returned via a chartered national plane from Iraq to South Korea Friday morning.

The authorities said that 31 workers developed symptoms of Covid-19, while the rest did not demonstrate any symptoms, according to the Korean News Agency.

The agency stated that only 17 workers complained of symptoms prior to boarding, but the number rose to 31 workers after their arrival in the country.

Suspected patients will undergo PCR tests at the airport, while asymptomatic patients will be tested after moving to a temporary accommodation.

The confirmed patients will be transferred to hospitals or treatment centers, while patients whose test results are negative will remain in temporary accommodation facilities to spend the two-week health isolation period.

The South Korean government previously evacuated, through two military planes, 293 South Korean workers from Iraq on the 24th of this month. 77 workers have tested positive for the virus so far.