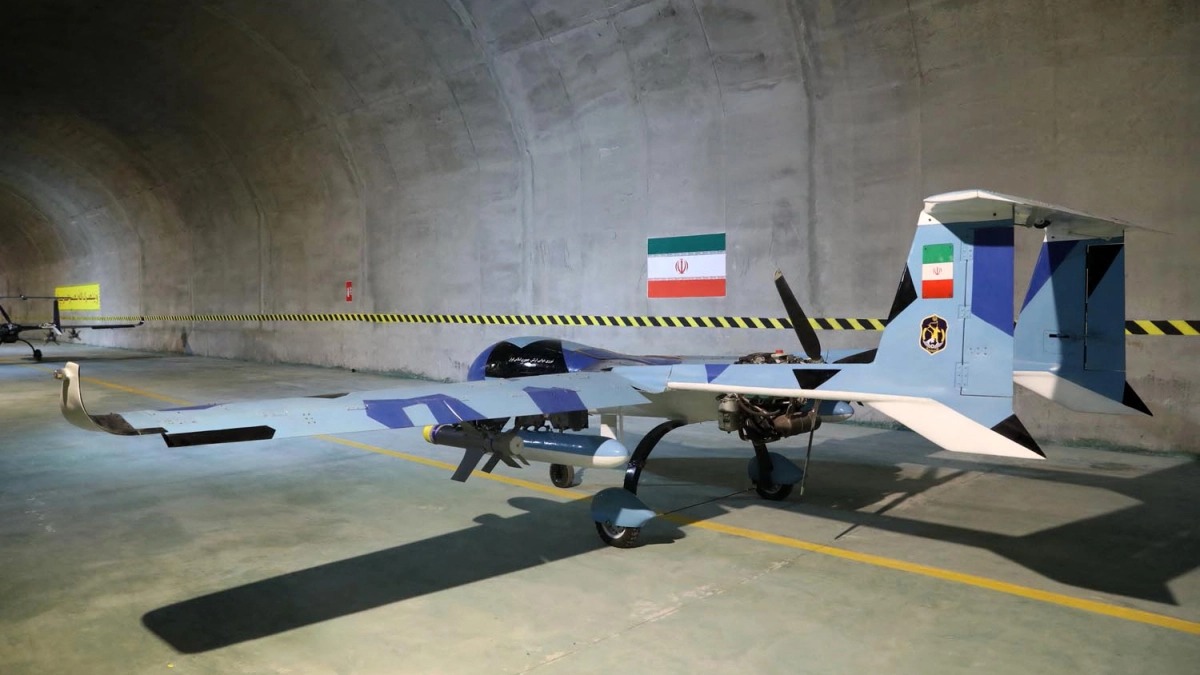 Shafaq News/ In July, U.S. National Security Advisor Jake Sullivan disclosed that Iran was working on delivering hundreds of Iranian drones to support Russia in its war in Ukraine. This information was backed by satellite images and intelligence information asserting that Russian officials visited Kashan airfield in Iran at least twice over the summer to examine the soon-to-be-acquired Iranian drones.

Iran categorically denied supplying Russia with drones. Iranian Foreign Minister Hossein Amir-Abdollahian boasted that his country had not provided any weapons to Russia and would not provide them to be used in the war in Ukraine. Later, France, Germany, and Britain asked the United Nations to probe the issue. On September 8, the United States sanctioned several Iranian companies for sending drones to Moscow.

Despite mounting evidence, Iran’s officials continued to deny their involvement in the war in Ukraine until early November, when they partially backtracked on their previous denials and claimed instead that Iran had provided Russia with drones months before the war. U.S. intelligence asserts that Iran has also deployed Islamic Revolutionary Guard Corps members to Moscow-annexed Crimea to help Russia overcome some technical problems related to Iran’s drones.

Ironically, those who support the Iranian government and those who oppose it both have tended to overestimate the value and importance of Iran’s drones but for different reasons and goals. National sentiments, the desire to imitate Turkey’s drone success, and the intention to alert foreign actors of Iran’s malign activities are some of the reasons behind this exaggeration.

Turkish media reports and commentary on Iran’s drones, with very rare exceptions of some leftist platforms boasting that Iran’s drones brought balance for Russia, primarily have focused on two points: Iran’s motivations for getting involved in the war in Ukraine and Russia’s motivations for buying Iranian drones.

Several reports have suggested that by selling drones to Russia, Iran may be violating U.N. Security Council Resolution 2231 from 2015, although interpretations of this resolution vary. The resolution emerged as part of a tradeoff between the administration of former President Barack Obama and the Iranian government during the negotiations for the Joint Comprehensive Plan of Action nuclear deal. The deal removed the conventional arms embargo on Iran, which was in place until October 2020. Accordingly, Tehran became free to export and import conventional weapons. The resolution still includes restrictions on missiles and related technologies until October 2023. Some Western countries see drones as falling under these restrictions. Recent media accounts report a decision to shift the manufacturing of the Iranian drones to Russia in an effort to undercut any allegations of Iran violating the U.N. resolution.

By selling drones to Russia, Iran aimed to advance a host of military, economic, and political interests. The engagement around the sales helps the two countries overcome their isolation, and the deals serve to broaden economic cooperation. On the defense level, Iran can use Ukraine as a testing ground for its fledgling drone industry. Aiding Russia at this critical time might also open Russian defense industry doors for Tehran to import advanced weapons in the future. Moreover, Iran may hope its involvement in Ukraine will divert the United States’ and European powers’ attention away from its activities in the Middle East: When Tehran got involved in Ukraine, it dramatically increased its interference in neighboring countries, including Iraq and Azerbaijan, and threats to Saudi Arabia. It is unknown whether Iran extracted other commitments of support from Moscow, including possibly for its nuclear program, as the cost for intervening in the Ukraine conflict at a moment of acute Russian vulnerability on the battlefield.

The most common explanation for Russia’s interest in importing Iranian drones has been its desire to substitute its expensive cruise missiles with much cheaper weapons that would somehow achieve the same intended effect in a prolonged war scenario. This would suggest that Iran’s drones were incorporated onto the battlefield for primarily financial calculations. However, some analysts have argued that Moscow intended to use these drones to destroy Ukraine’s air defenses and increase the level of violence in a way that breaks the Ukrainian will of resistance.

When it comes to the capacity of Iran’s drones, there is clearly a huge gap between the catchy slogans and performance on the battlefield. Contrary to Turkey’s unmanned combat aerial vehicles, Iran’s drones have no proven track record of fighting in real battles. Beyond their use as a sabotaging tool to hit fixed, undefended, and largely civilian targets, they have not proven their strategic utility in military operations. With the exception of reportedly hitting Saudi Arabia’s undefended oil facilities in 2019 (though Iran officially denied that its drones were involved), Iranian drones failed on the strategic level and left no remarkable marks in Ethiopia, Iraq, Lebanon, and elsewhere.

In Ukraine, in particular, Iranian drones have largely hit and sabotaged civilian infrastructure with no significant military value and caused civilian causalities. Iran’s drones have failed to help Russia change the tide of war, although analysts acknowledge the extensive damage the drones have caused, which has helped Russia implement its recent shift to a strategy using a combination of cruise missiles and self-detonating drones packed with explosives to knock out electricity and running water for millions of people. Despite the shift in strategy, Russia has been in retreat from some critical operational theaters in eastern and southeastern Ukraine. Nonetheless, in a war of attrition, where the goal is to help Russia keep the conflict going, and hope to eventually exhaust expensive Western weapons support for Ukraine, the cheaply manufactured, easily deployed Iranian drones may yet play a more significant role in the war.

For now, Ukraine appears to have absorbed the impact. According to Ukrainian officials, up to 85% of the drone attacks have been intercepted. The country’s air force spokesperson, Yuriy Ihnat, asserted that Ukraine has shot down more than 300 Iranian Shahed-136 “Kamikaze” drones so far. This is not to say that the Iranian drones do not kill; they obviously do, and mostly civilians. However, they are slow, noisy, and fly at low altitudes, making them very vulnerable and easy targets for conventional air defenses.

Once the conflict started, Russia complained to Turkey about its drone sales to Ukraine and reportedly asked to acquire some Turkish drones. However, Baykar, the manufacturing company, asserted that it wouldn’t sell its weapons to Russia for the war in Ukraine no matter how much money Russian President Vladimir Putin offered.

Even though Iran started its drone program way before Turkey and had the chance to integrate more Western components into its drones than Ankara despite the sanctions, Iran’s drones are still far behind the Turkish drones in terms of sophistication, accuracy, capabilities, and mission integration. How far Iran is willing to go to utilize the war in Ukraine to improve its drones’ performance to increase its influence and power in the Middle East remains to be seen.