What’s Behind Moqtada al-Sadr’s Bid to Shake up Iraq’s Politics? 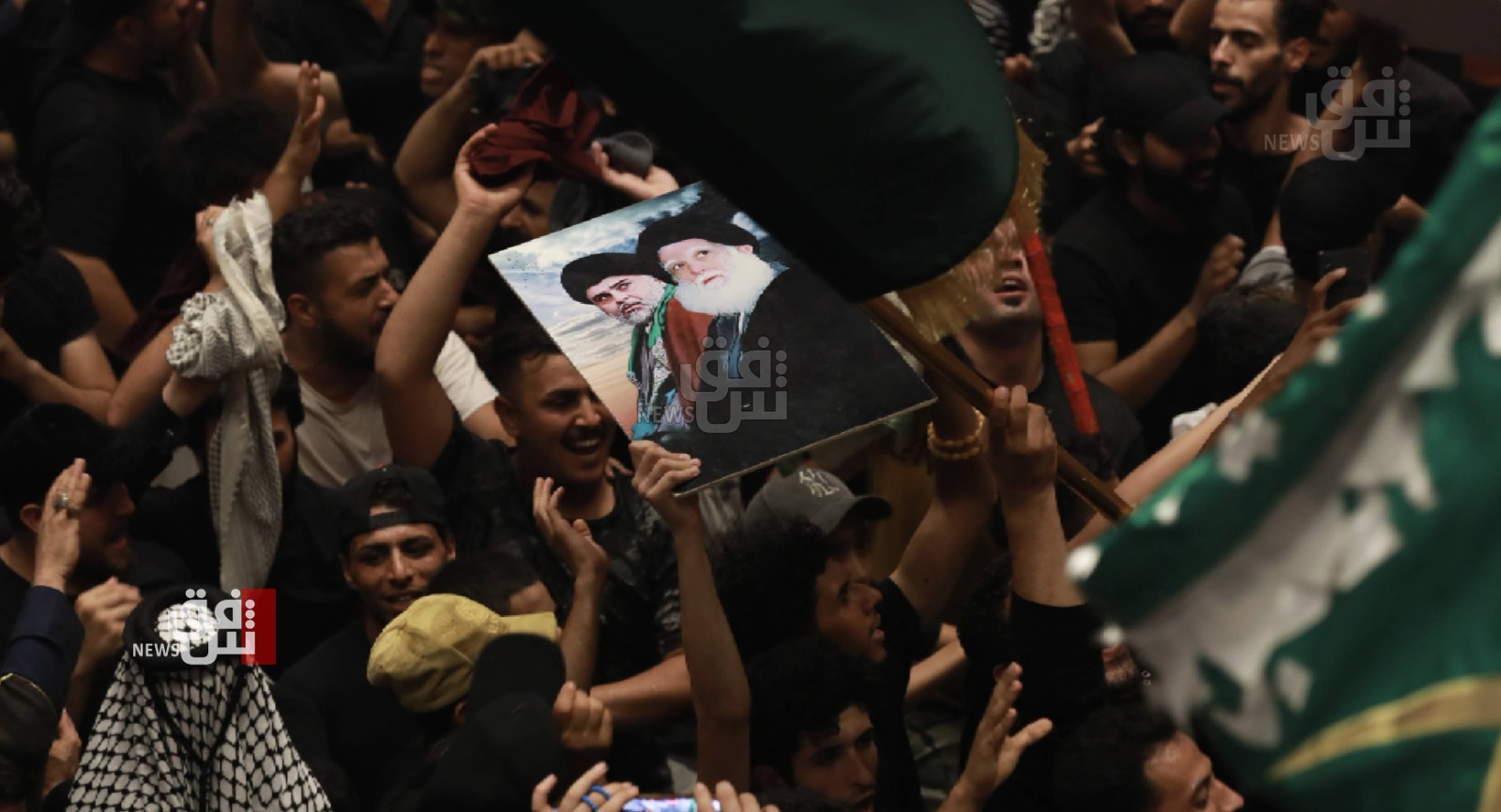 Shafaq News/ Over the weekend, followers of the powerful Iraqi Shia cleric Moqtada al-Sadr stormed and occupied Iraq’s parliament in protest over a rival bloc attempting to form a government. The move comes less than two months after al-Sadr’s bloc in parliament resigned after its failure to form a majoritarian government following its victory in the October 2021 elections. Nearly 10 months after those elections, there is still no new government and the stability of the country is at stake as this showdown between al-Sadr’s supporters and his political rivals continues to play out.

There are mixed views among Iraqis on what al-Sadr’s objectives are and the tactics he employs. Still a large swathe of the public views him as a needed agent of change amid the failures of Iraq’s political system.

USIP’s Sarhang Hamasaeed looks at how we got here, what al-Sadr wants, if there is a role for United States and what’s next for Iraq.

What happened in Iraq’s last election that got it here?

Before Iraq’s October 2021 national parliamentary vote, many questioned what change the elections could bring. Could the election break the political stalemate that had crippled the national political process since 2018? Would it lead to a government that could deliver on the demands of the 2019 protest movement for better services, jobs and reforms? Clearly neither change occurred.

Like the 2018 elections, the 2021 vote produced two broad coalitions. The Tripartite Coalition (or Saving of the Homeland) first tried to form a government. The coalition included al-Sadr’s bloc, who won the largest number of seats (73); most of the elected Sunni Arabs, led by parliament Speaker Mohammed al-Halbousi and Khamis al-Khanjar, with 63 seats; and the Kurdistan Democratic Party (KDP), led by former Kurdistan Region President Massoud Barzani, with 31 seats. The other coalition is the Coordination Framework — considered to be Iran-backed — which includes the State of Law alliance of former Prime Minister Nouri al-Maliki, the Fatah Coalition and others.

While al-Sadr and his coalition had enough votes to form the government, they never got to that point because the constitution requires parliament to elect a president who would then ask a nominee for prime minister from the biggest parliamentary bloc to form the government. Al-Sadr wanted a majoritarian government rather than the broad consensus — known in Iraq as “tawafuq” — government that has typically defined post-2003 Iraqi governments, but also been a source of ineffectual governance.

Iraq’s Supreme Federal Court gave al-Sadr’s rivals a win when it interpreted article 70 of the constitution as requiring a two-third majority of parliament to be in session when electing the president, which al-Sadr’s coalition could not secure. Interestingly, that constitutional requirement was primarily intended to ensure the Kurds that the majority Arab population would not marginalize them in the government formation process. For the Sunni Arabs, it was meant to ensure that the Kurds and Shia Arabs would not marginalize them. This very guarantee came to serve the Coordination Framework, instead of the political objective of the Sunni Arabs and the Kurds who allied with al-Sadr. Ultimately, the constitutional clause did the job of preventing a political process from moving forward without broad consensus; it just served a different group than originally intended.

What does Sadr ultimately want?

In early June, Sadr shockingly announced that his bloc of 73 MPs would resign, which they did days later. Speculation abounded on exactly what al-Sadr’s motives were: Was he frustrated by the protracted stalemate and preparing to resign from politics? Or had he given up on the political system and planned to take on the political class from outside? Had his life been threatened by Iran because he was aiming to exclude their allies from being part of the government?

Al-Sadr’s rivals thought they succeeded in frustrating him to the point of quitting the political process and swiftly replaced his MPs, mostly with members of their own. The Coordination Framework and others thought the road to government formation had cleared and al-Maliki looked to position himself for a third term in the premiership or have a prime minister selected from his inner circle. However, a minority believed al-Sadr and his constituency should not be left out of the government.

Al-Sadr’s withdrawal from parliament put current Prime Minister Mustafa al-Kadhimi and his government along with al-Sadr’s political and parliamentary partners in a very tough spot and reinforced the idea that al-Sadr could not be relied on. Many of his rivals also thought al-Sadr had lost a considerable amount of his constituents, frustrated because he did not form a government and deliver for them. They would not support al-Sadr taking down the system and igniting an intra-Shia civil war. Neither Iraq’s Shia religious establishment in Najaf nor the international community would support such a move. Iran, of course, would oppose their allies being excluded from power and Shia infighting.

the thinking of al-Sadr’s rivals, Russia’s war on Ukraine changed things. The United States and Europe need Iraq’s energy. With Gulf states’ production capacity maxed out, Iraq could compensate and produce more. So, they thought that Washington and Brussels would accept a Coordination Framework government, hoping it would prioritize energy production over reform and other governance matters.

Some stakeholders in the political process, who thought al-Sadr might make a move outside the government and parliamentary system, believed he would need to do so before a new government is formed. Otherwise, his rivals could use power of the state and its armed forces against him, as they suspected he would have done had he formed a government.

Obviously, this turn of events has already shown that much of the thinking of al-Sadr’s rivals did not pan out. His call for Friday prayers on July 15, in the middle of the scorching heat of Baghdad’s summer, with tens of thousands of people answering the call and praying in the street, showed that al-Sadr’s support is still strong. Taking over the parliament building and other facilities in the green zone in the past few days, and calling on other political actors, tribal leaders and the Iraqi public to join what he called “a spontaneous peaceful revolution,” clearly indicate al-Sadr is keen on achieving his stated political objectives to change the political system and fight corruption, among other things. His opponents think he is really just moving toward an ultimate objective of holding political, economic, religious and social power above everyone else. Calls for replacing or changing the system makes the Kurds and others nervous, because there is no guarantee that what would follow would be better for them.

Is there a role for the United States?

There are contradicting perceptions in Iraq about the role of the United States. There is a general belief that no prime minister would be appointed or could succeed if the United States, and Iran, do not approve. At the same time, many political actors think the United States’ role and influence has significantly diminished. Despite the difficult history between al-Sadr and the United States, some believe Washington favored al-Sadr forming a government in order to strengthen Iraq vis-a-vis Iran and its armed allies in Iraq. While there may be pragmatists who think this is the best path to limit Iran’s influence in Iraq, others in Iraq are surprised that al-Sadr is seen as anti-Iran when the cleric shares similar values with the theocracy in Tehran.

The United States has an interest in a democratic, stable, peaceful and sovereign Iraq, and could work with its allies across Iraq’s political spectrum, along with its European allies and the United Nations, to encourage and support dialogue among the different actors to prevent violence, break the political stalemate and enable effective governance.

Where does Iraq go from here?

Taking a broader look at the situation in Iraq, there have been numerous developments in recent months that could have triggered violent conflict, including an assassination attempt on al-Kadhimi and attacks on the offices of the KDP and Speaker al-Halbousi, just to name a few. Yet, Iraq’s political system, and key political actors, demonstrated the ability to absorb these shocks, indicating increased resilience against wide-scale violence. Tribal sheikhs, civil society leaders, media commentators and the Iraqi public have been calling on political leaders to resolve their differences through dialogue and get to the business of serving the people, instead of their own interests. Yet, that resilience should not be taken for granted and the risk of violence should not be underestimated, as al-Sadr and his rivals both have armed forces and young followers on the street.

In my meetings this June with a wide spectrum of Iraqi leaders, “lack of trust” was cited as the key problem in the political space. But, I believe, it goes deeper than that because this mistrust could be addressed through dialogue, confidence-building measures and effective monitoring of agreements. Iraqi political actors’ unwillingness to accept the “other” or their views is the real issue. Furthermore, even when ostensible agreement is reached, implementation is often held up as another way to stymie rivals’ goals.

Iraq’s constitution, the country’s social contract, is key among agreements that are not being implemented as needed. Despite its flaws, the constitution includes key principles, institutions and guarantees for a democratic, pluralistic, inclusive, stable and peaceful country. However, different actors do not implement different parts of it because they don’t accept them or their interpretation by others. Some argue the constitution was written under unhealthy circumstances amid an imbalance of power, and therefore since 2005 there has been several calls and attempts to amend it. But these have not been successful and will likely not be in the future. Despite many changes in Iraq, the fundamentals are the same: there is imbalance of power, a continued unwillingness to accept the other, and limited effort to implement what’s already agreed on. The political class is detached from the public’s suffering and they largely act indifferent, despite their rhetoric. While Iran, Turkey and others have strong competing influence in Iraq and the current crisis gives more opportunity to expand that influence, it is Iraq’s internal dysfunction that provides space to others to exert their sway. Iraq’s issues could be resolved or mitigated if Iraqis work with each other better.

Iraq remains important for the region’s stability and for the national security interests of regional and global powers. The country has many of the elements necessary for positive change — increasingly active youth and civil society, governance-minded tribal leaders, a dynamic media landscape representing many points of view, younger and more moderate members of traditional parties, and the clout of Grand Ayatollah Ali al-Sistani, who has often sided with Iraqis’ demands for change. But the country still lacks a catalyst to harness these elements. Al-Sadr is trying to mobilize as many of them as possible, especially the people, a key game changer in 2018 and 2019. There are efforts to break the current political standoff, but Iraq’s deep political stalemate will not be broken anytime soon. Real change could happen if the political process becomes more reflective of the will of the Iraqis, more than 60 percent of whom did not vote in October 2021 and do not approve of the political class.

Report: Iraq Is Nearing the Brink of a Shiite Civil War