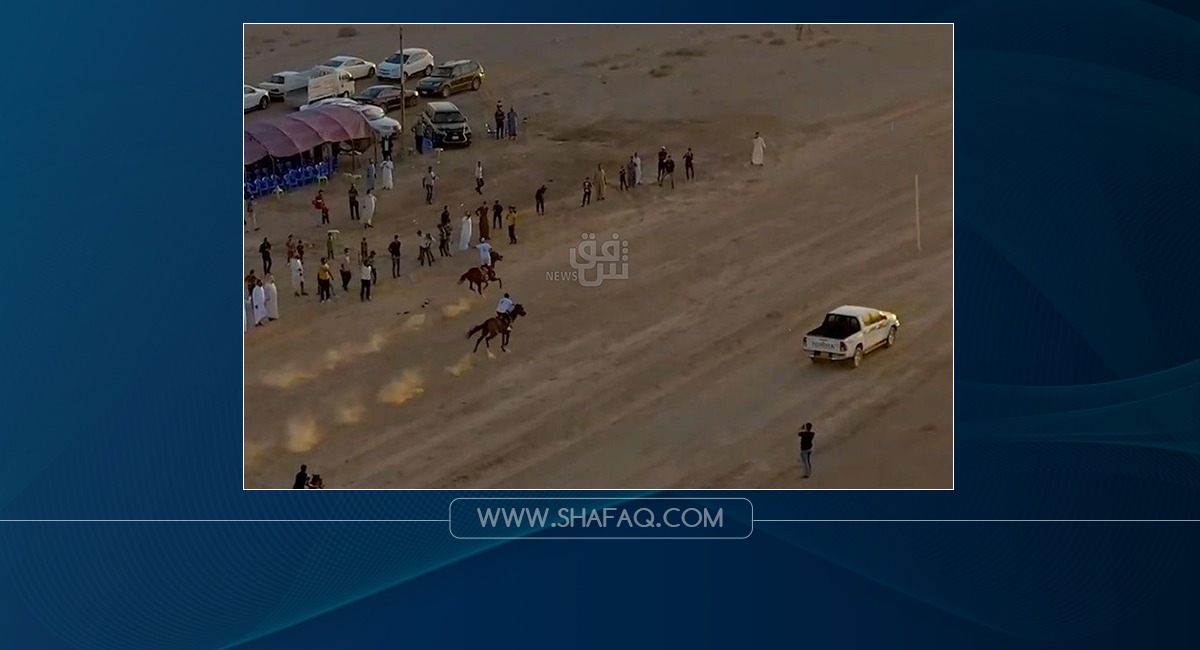 Shafaq News / ISIS destroyed everything it touched during its three years of control over one-third of Iraq’s territory. In addition to its crimes against civilians and security forces, not even animals have been spared from its ruthlessness.

The livestock sector in al-Anbar governorate has inflicted severe losses at many levels and in different aspects since the emergence of the terrorist organization of ISIS. However, horse breeding, in particular, is fading to extinction as long as the government subsidy continue to ignore this profession.

"The number of horse breeders in Al-Anbar is not small, but this wealth lacks many needs, including horse stables, feed, etc., also, breeders suffer from a lack of adequate medicines," Issam Hameed, director of the welfare division of the Al-Anbar Livestock Department, told Shafaq News agency.

"In Al-Anbar and many other governorates, especially those liberated from ISIS, livestock, in general, suffer from neglect and lack of government support, although it is an important economic resource for many countries of the world. Iraq has vast agricultural and desert areas suitable for animal husbandry and its adoption as an economic resource, it is a neglected wealth," Hameed said.

"Most animals that are introduced formally into Iraqi territory are of fourth or fifth class quality and are undesirable in the rest of the world," Aswad added.

"After 2003, the most authentic horses were smuggled to Iran, Syria, and the Gulf states," he continued, "People interested in breeding horses now were the ones who practiced this profession before 2003, especially those in Al-Anbar, in al-Bouaitha and al-Bouassaf areas.”

"In al-Bouaitha, there are four families that are still breeding horses and are known for it. Also, there are about 10 or more families with the same profession in al-Bouassaf; each of these families has only five or six horses now after they used to have nearly 50 horses each, as a result of the poor security conditions in the governorate,” Aswad added.

"In the years of ISIS's control and our displacement, we left all our property, including horses, cows, and other animals. This has caused significant damage to 90% of our livestock,” said Hammadi Rabie, a horse breeder in the al-Bouassaf area in eastern Al-Anbar.

"In addition to the small numbers of horses and breeders in Al-Anbar, we also suffer from a lack of government support, but the Ministry of Agriculture has provided feed at a price close to the market, and as breeders, we have declined to buy it," Rabie told Shafaq News agency.

Harith al-Anzi, a former participant in local horse races, said, "Horse breeders in the liberated cities no longer have any more good enough horses to participate in Arab and even local races. On the contrary, in other governorates, especially the Kurdistan Region, there are still breeders who participate in races, some of whom have been able to maintain good quality horses."

"We need to provide treatments and feed to horse breeders, as there are diseases that affect horses and threaten human health as well, such as the Glanders disease. All treatments and other horse needs are provided by the breeders themselves," al-Anzi told Shafaq News agency.

The heatwave exacerbates the displacement crisis in al-Anbar

Amid his rivals' objection, Al-Halbousi leads a movement to make Al-Anbar the capital of Sunni decision

The forcibly disappeared’s families: Destitute children and women struggling to make a living