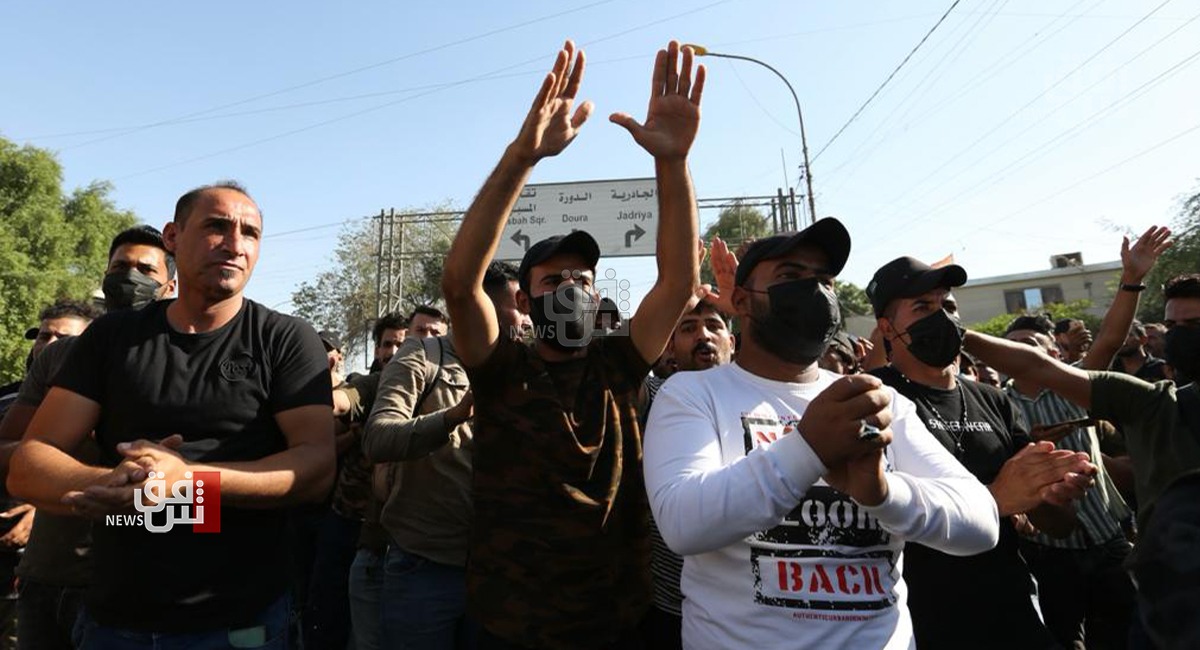 Shafaq News/ The hint dropped by the leader of the Sadrist movement, Muqtada al-Sadr, about his vision to the lineup in the Iraqi political arena has resonated with the Shiite forces forming the Coordination Framework, signaling what they deemed an "assurance message" to them.

In a tweet he shared late in October, the Populist Shiite Cleric said that the Parliament shall have two "orientations", "a loyalist party, that forms a government and takes upon itself the reforms at all levels."

The second party, according to al-Sadr, is "the opposition, whose consensus is compelling to the first without marginalization."

The Sadrist leader's proposal, according to Nouri al-Maliki's State of Law Coalition, can be an "ideal scenario" to build a "state" by forging a majority government.

"Our strategy was to form a majority government. Consequently, we endorse all the political programs that are in line with the State of Law Coalition's program or approach," MP Mohammed al-Sayhood told Shafaq News agency.

"The concept of a political majority necessitates the formation of a national front comprised of Shiite parties and Sunni alliances alongside the Kurdish bloc, which is matched by an opposition front comprised of opposition parties or opposing forces derived from the majority (Shiites, Sunnis, and Kurds), but what we see today is that Kurds and Sunnis have agreed to participate in the government," he explained.

"The Shiite forces are divided (the coordination framework and the Sadrist bloc). Alone, neither can form a majority government by agreeing with the rest of the political blocs," he said, "In other words, the Coordination Framework, which has about 90 seats, cannot form a government with the Kurds and Sunnis without the Sadrist bloc, and vice versa."

"However, the third scenario remains the most acceptable and beneficial for Iraq. The Shiite blocs (the Coordination Framework and the Sadrist bloc) form a comfortable Shiite majority and thus speed up the process of forming the government that can implement the political reform program," he continued, alluding to al-Sadr's proposals and government agenda.

"The Coordination Framework expects al-Sadr to send more reassuring messages, the most important of which is to withdraw from supporting al-Kadhimi for a second term and accept dialogue to agree on a consensus prime minister who has the support of all the parties and adheres to a clear government program to ensure that the political process runs smoothly," an informed source told Shafaq News agency.

"There is an essential message that the forces of the Coordination Framework are waiting for," he continued, "to maintain the structure of the al-Hashd al-Shaabi (Popular Mobilization Forces-P.M.F.) and refrain from integrating it into other security institutions."

"What al-Sadr proposed is the National Wisdom Movement’s vision since 2018. So far, we see that the best way to run the state properly is to form a national bloc that forms the government and another opposition bloc to bring about something new to change the antics of the state administration over the past years," Riad al-Awadi, a member of the National Wisdom Movement's General Assembly, told Shafaq News agency.

"What al-Sadr called for came after earlier statements of his that made the parties worried, particularly those related to forming a political majority and pulling the rug from under their feet," he explained.

"Al-Sadr's tweet may have contained messages of reassurance. It is a clear statement that no political bloc of any size could single out the administration of the state or take the Shiite entitlement to form a government," he added, "All the political components were afraid that the Sadrist bloc monopolizes the government. This has prompted the latter to adjust its performance and political techniques, which contributed to delivering reassurance messages."

On the possibility of dismantling the sit-ins organized by the supporters of al-Fatah alliance and the Shiite factions, al-Awadi said, "the sit-ins are a right guaranteed by the constitution, and the forces opposing the election results sensed injustice inflicted on them by the confusion that accompanied the work of the Electoral Commission. Thus, they have the right to express their rejection by legitimate means. Our reservation, as al-Hekma alliance, upon the method does not mean that we can deny those forces their right," al-Awadi said.

"We are waiting for the final results. If they change, it is great; and if the situation remains the same, we will not stand in the way of the efforts to form the next government. On the other hand, the matter of breaking up the sit-ins remains subject to the leaderships of the Coordination Framework,” he continued.

In a similar context, the Hoquq Movement, one of the Coordinating Framework's parties, stated that al-Sadr's proposal was premature because the Electoral Commission is yet to complete the recount of the ballots.

"The Coordination Framework is heading toward what al-Sadr proposed in building a majority government and forming an opposition front to activate the regulatory and democratic system," the Hoquq Movement’s spokesperson Ali Fadlallah told Shafaq News agency.

"As a Coordinating Framework, we have not yet proposed any process on how to establish the government. We are awaiting the outcome of the appeals to the Electoral Commission. Also, what al-Sadr has lately referred to is a message of reassurance to all parties," he concluded.

Al-Hanana meeting: a second round to take place after the Federal Court's bell