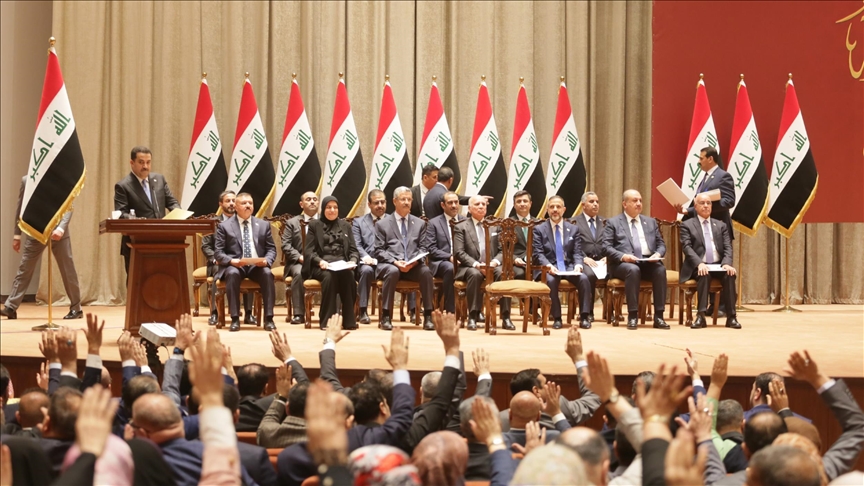 Shafaq News/ The Biden administration has made it clear to Iraq's new prime minister that it will not work with ministers and senior officials affiliated with Shiite "militias" the U.S. has designated as terrorist organizations, two sources told Axios.

Still, the U.S. plans to largely work with and give the new Iraqi government and al-Sudani a chance, as Axios recently reported.

The Biden administration has already decided it will not work with the minister of higher education, Naim al-Aboudi, who is a member of Asa'ib Ahl al-Haq (AAH), a Shiite faction funded by Iran and was designated as a terrorist organization by the U.S., the two sources said.

The U.S. is also concerned about Rabee Nader, who was appointed to head the Iraqi prime minister's press office. Nader previously worked for media outlets affiliated with AAH and the Kata'ib Hezbollah — a Shiite faction designated by the U.S. as a terror group.

According to Axios, the U.S. ambassador to Iraq, Alina Romanowski, has met with al-Sudani five times since he took office less than three weeks ago, according to the two sources.

The sources said Romanowski told al-Sudani the U.S. policy regarding engagement with government ministers and officials connected to militias. Other Biden administration officials conveyed the same message to the Iraqi government.

The White House declined to comment on diplomatic engagements with the Iraqi government.

The Biden administration is satisfied by the constructive engagement with al-Sudani it has seen so far, the sources told Axios, adding that the U.S. will judge the new prime minister's independence from Iranian influence by his actions.

The Biden administration is concerned al-Sudani won't have enough control over the Shiite "militias," the sources said.

The "Sadiqoon" bloc affiliated with the Asa'ib Ahl al-Haq movement, led by Qais Khazali, commented on the Axios news about the U.S. administration's decision not to deal with some ministers in the current Iraqi government.

Ali al-Fatlawi, a leader in the Movement, told Shafaq News Agency, "the American administration has not informed the Iraqi government about this issue."

"Iraq deals with all countries according to common interests and respect for Iraq's sovereignty… If the United States would follow a policy trying to dominate the Iraqi decision, this is unacceptable, and we will not accept or welcome such relations with America." He added.