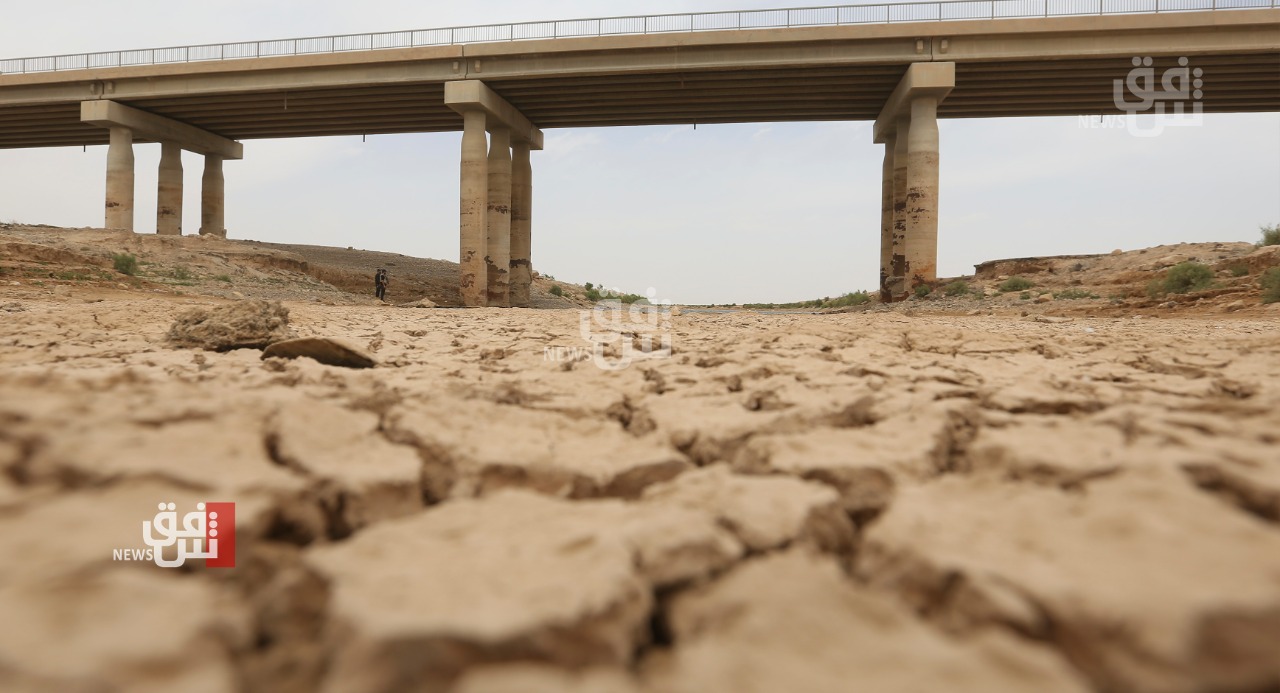 Shafaq News / Lake Hamrin, one of Diyala's largest water basins, vanished after being ravaged by drought and water scarcity, becoming a road for cars and passers-by. It's a "scary" view of a lake that accommodated more than two billion cubic meters of water to become nothing but a dry desert.

Shafaq News agency's correspondent toured the area that was once a body of water that attracts fishermen from all over Iraq and a strategic line of life in Diyala, one of the governorates most affected by water scarcity in Mesopotamia.

The large lake fed by the Darbandikhan dam was reduced, due to drought, to a dry road for cars and pedestrians, delivering a blow to livelihoods and affecting tourism and the natural wealth of the country.

Diyala, a major contributor to the Iraqis food basket, has lost its main water supplier. The view of the dry lake, on the other hand, depicts a "scary" scene of the Tigris and Euphrates rivers and other water areas in Iraq, such as Lake Sawa, which is suffering from water scarcity amid fears that these rivers and water spaces will dry up due to Iraq's upstream neighboring countries' withholding of the country's water supply.

In this regard, Rahman Khani, the Kurdistan Region's director-general of dams, told Shafaq News Agency that there was a move to increase water emergency releases from the Darbandikhan dam towards Lake Hamrin in Diyala, while the latter stated that the abuses "plunder two-thirds of the releases."

Lake Hamrin, 55 km northeast of Baqubah, follows the Hamrin Dam, located on Alwand River in Diyala, which was opened in June 1981 to protect the cities of the Diyala River basin from seasonal floods.

Located east of al-Saa'diya district, Lake Hamrin is the strategic water reservoir in Diyala, currently supplying more than 70% of the governorate with potable and irrigation water. It is capable of accomodating 2.4 billion cubic meters.

Diyala took most of the heat in the current water crisis due to its reliance on waters arriving from neighboring countries, the lack of rain last winter, and the depletion of its strategic water reserves in Lake Hamrin and other areas.