Sadr City: An electoral safe full of misery and disappointments 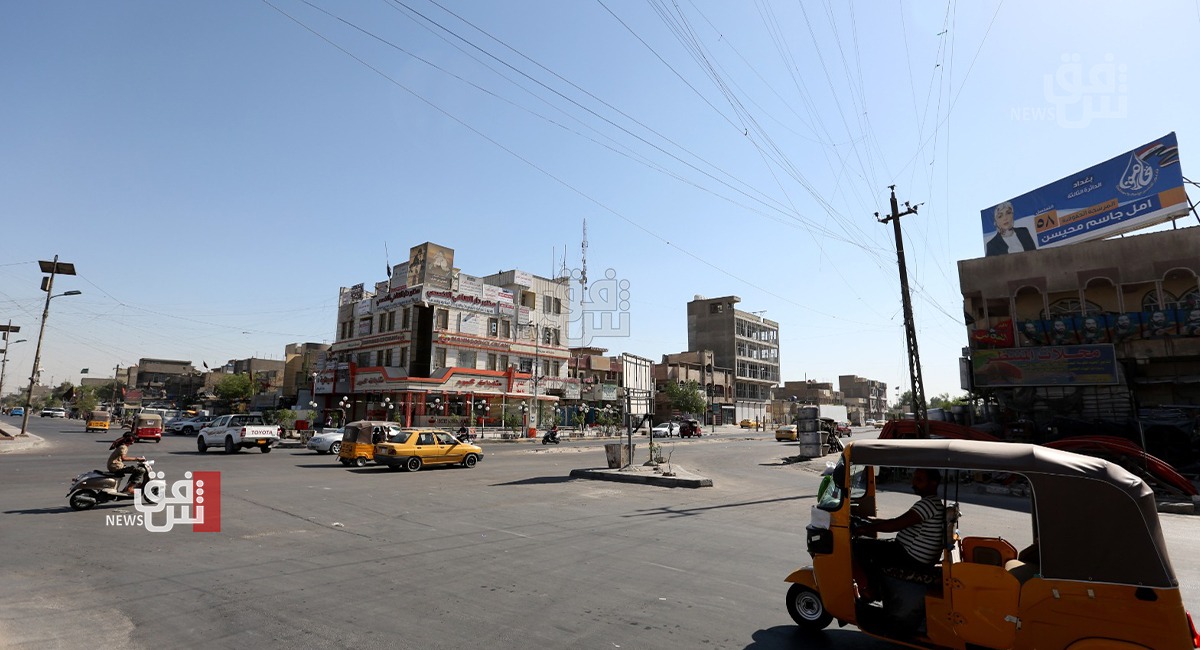 Shafaq News / It is as if there is no place to rejoice in the streets of Sadr City and its dilapidated poor alleys. No festivals reflect the citizens' enthusiasm and joy in the hopes of change through the election competition, which is only days away, before the polls open on October 10th.

The city, home to some four million people and an area of about 13 square kilometers, is left chronically neglected. Governments have been in succession since after 2003, but the bitterness is evident in Sadr City, one of the most important strongholds of the Sadrist movement.

Shafaq News agency correspondent toured Sadr City and documented its suffering that has been going on since Saddam Hussein's era, to the pain and death in the stage of bloody confrontations with the American forces, then sectarian conflict and the succession of suicide bombers and booby-trapped vehicles on its residents, to the outbreak of the COVID-19 pandemic, all that was not enough for the city to receive even a little attention from the authorities, government agencies, or even partisanship, which seem oblivious to its existence, except when the election seasons come.

Sadr City's people wish that some of the hoped-for attention would come in the simplest form of development and improvement to this geographical area, which is always described as among the poorest, most densely populated areas of Iraq, and therefore, paradoxically, one of the largest reservoirs of electoral votes in Baghdad.

Various parties are now eagerly keeping their eyes on this city. Although it is a bastion of Sadrists, it includes loyalists of several Shiite political forces and movements and is therefore trying to control its electoral votes.

Randomness is a characteristic that can be clearly observed in Sadr City, in its buildings and streets, and even in the feelings of its people, most of them from the younger generation, frustrated by the accumulation of disappointments, even though the Shiite Islamic parties put their hopes on them politically.

" I will not participate in elections led by the killers of my brothers and friends when we protested against our bitter reality," said a young man from Sadr City, who asked for anonymity.

" They kidnapped us, and now they come to our street pretending to be nice and demand us to elect them in exchange for implementing our demands as if we were nothing but goods they use during the election period," he told Shafaq News agency.

The bitter reality that this young man refers to is embodied in many ways, including dozens of neglected health centers, hospitals that do not meet the needs of their reviewers, and schools, many of which do not accommodate the number of pupils, especially secondary schools because some of them that were demolished for restoration, have not been rebuilt, and their land has been transformed into parking lots.

The bitter reality is that now some call it the city of arms after it was named after one of the most important Shiite references, Mohammed Sadiq al-Sadr, one of the most prominent references to religious thought. However, now the city is branded with unrestricted and tribal arms.

The city's people suffer from daily tribal conflicts that reach the limits of public assassinations in the streets and in front of the security forces, whose role has been reduced within the city's alleys due to chaos and influential party figures.

The unrestricted arms are so widespread that it prompted "the city of revolution", as it was once called during the days of the late leader Abdul Karim Qassem, to turn into Iraq's largest arms market, a trade that no Iraqi government was able to control because of the dominant parties.

"We are tired of the situation in Iraq and our city. We hate every Party and Islamic or non-Islamic movement. Everyone is exploiting our wounds and our tragic situation," a young man from the city told Shafaq News agency.

"My family nor I will participate in electing those who see us as mere numbers and trying to exploit us in their political projects and deals," another said.

In a more direct reproach, another young man criticized the control of the powerful movements over the city, which according to him, "can turn the city into a comfortable place to live in, but they do not want to because they want the people to feel that they need them."

"Everyone knows that one movement controls the arms market and the entire city, and can easily improve the city's living reality, but they consider the city's residents just numbers," he said, adding, "No one can take any initiative, even if it is a charitable initiative without the permission of these powerful people."

Sadr City is rarely attributed to Naziha al-Dulaimi, the first lady to hold a ministerial post in the Arab world and was a member of the Communist Party when she helped found the Rafidain neighborhood, which later became the "city of revolution" during the reign of Abdul Karim Qasem, and then Saddam City when Saddam Hussein took office, until its name changed again after the U.S. invasion in 2003, and became Sadr City after the reference Mohammed Sadiq al-Sadr was assassinated in 1999.