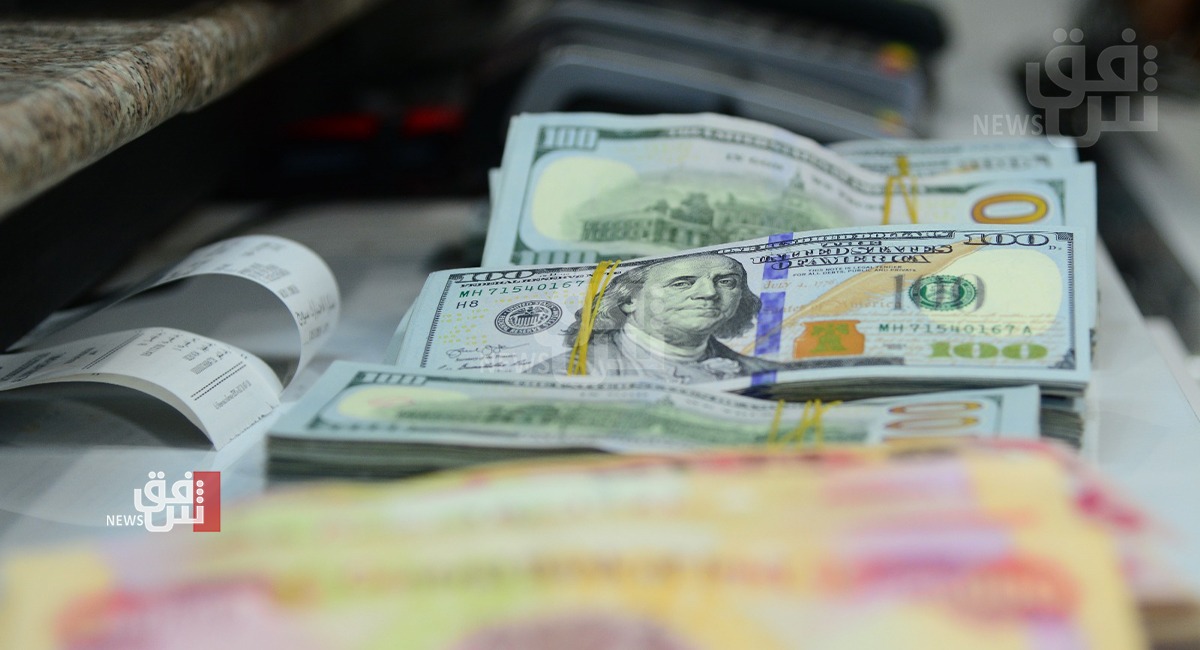 Shafaq News / Iraqis are blaming an unexpected culprit for a weakening currency that has caused the price of food and imported goods to rise: a little-noticed policy change by the U.S. Treasury and the Federal Reserve Bank of New York.

The New York Fed began enforcing tighter controls on international dollar transactions by commercial Iraqi banks in November in a move to curtail money laundering and the illegal siphoning of dollars to Iran and other heavily sanctioned Middle East countries, U.S. and Iraqi officials said.

Iraqi banks had operated under less stringent rules since shortly after the 2003 U.S. invasion that toppled Saddam Hussein. But years of weak governments and crises—from the insurgency during the U.S. occupation to the Islamic State takeover of large portions of the country—led successive administrations to put off bringing Iraq’s banking system into compliance with global money-transfer practices until now, officials said.

Since the procedures went into effect, 80% or more of Iraq’s daily dollar wire transfers, which previously totaled over $250 million some days, have been blocked because of insufficient information about the funds’ destinations or other errors, according to U.S. and Iraqi officials and official Iraqi government data.

With dollars scarce, Iraq’s currency has fallen as much as 10% against the dollar, leading to sharply higher prices for imported goods, including staples such as eggs, flour and cooking oil.

"For 20 years we followed the same system,” said Mahmood Daghir, chairman of Al Janoob Islamic Bank and a former Central Bank of Iraq official. “But the shock policy by the Fed has made a crisis inside the Iraqi economy.”

The turmoil exemplifies the wary but interwoven relationship between Washington and Baghdad. Since the U.S. helped establish the Central Bank of Iraq in 2004, the U.S. dollar has largely become the country’s chief currency because so much of the economy runs on cash.

To keep Iraq supplied with dollars, planes deliver pallets of U.S. currency to Baghdad every few months. But far more dollars flow electronically in transactions by Iraq’s private banks, processed from Iraq’s official accounts at the New York Fed where proceeds from its oil sales are deposited.

U.S. officials say the tighter rules for electronic dollar transfers by Iraqi private banks weren’t a surprise to officials in Baghdad. They were implemented jointly in November after two years of discussions and planning by the Central Bank of Iraq, the U.S. Treasury and the Fed. The rise in the dollar exchange rate wasn’t caused by the new measures, the U.S. officials added.

But the scrutiny of dollar transactions has set off a rush for greenbacks in Iraq and a torrent of criticism from Iraqi officials, bankers and importers who blame the new system for an unnecessary financial jolt that has worsened their already severe economic woes.

Iraqi Prime Minister Mohammed al Sudani, who took office just as the currency began to drop, said the Fed’s action was harming the poor and threatening his government’s 2023 budget.

“This is embarrassing and critical for me,” he said in an interview. He said that he would send a delegation to Washington next month with a proposal for a six-month moratorium on the new policy.

Some senior Iraqi officials with ties to Iran have been even more critical. “Everyone knows how the Americans use the currency as a weapon to starve people,” Hadi al-Amiri, the head of an Iranian-backed political party and militia, told the French ambassador in a Jan. 10 meeting, according to an account released by Mr. Amiri’s office.

Under the new procedures, Iraqi banks have to submit dollar transfers on a new online platform with the central bank, which are then reviewed by the Fed.

The system is aimed at curtailing use of Iraq’s banking system to smuggle dollars to Tehran, Damascus and money laundering havens across the Middle East, U.S. officials said.

Under the old rules, Iraqi account holders weren’t required to disclose to whom they were sending money until after the dollars had already been transferred, said Mr. Daghir, the former central bank official.

A spokeswoman for the New York Fed said of accounts it maintains for foreign governments, such as Iraq’s, “We have a robust compliance regime for these accounts that evolves over time in response to new information.”

A U.S. official said the measures would limit “the ability of malign actors to use the Iraqi banking system.”

The U.S. Treasury and the Central Bank of Iraq declined to comment. The Iraqi central bank described the new electronic platform in a Dec. 15 statement that said it required “full details of customers who want money transfers,” including final beneficiaries.

“A number of mistakes are being discovered and banks are required to redo the process,” the statement said. “Such procedures will take additional time before getting accepted and passed by the international system.”

U.S. officials have pressed Iraq for years to strengthen its banking controls. In 2015, the Federal Reserve and Treasury Department temporarily shut off the flow of billions of dollars to Iraq’s central bank over concerns that the currency was ending up at Iranian banks and possibly being funneled to Islamic State militants, officials said at the time.

Some Iraqi officials supported tougher scrutiny of private banks. Hadi al Salami, a member of Iraq’s Parliament who serves on the body’s anticorruption commission, said Iraq’s political parties and militias control most of the banks, using them to smuggle dollars to neighboring countries. “We need this to be stopped immediately,” he said.

The impact of the tighter controls adopted in November can be seen in the steep decline in Iraqi banks’ dollar transactions, which the central bank tracks on its website. On Oct. 17 last year, before the new rules went into effect, the daily transfer from Iraq’s official accounts at the New York Fed and other overseas institutions was $224.4 million, according to the data. On Jan. 17, it was $22.9 million, a drop of nearly 90%.

Even Iraqi bankers and currency traders say the stricter rules are aimed at shutting down schemes used to siphon dollars. For instance, they say, importers falsify invoices for goods that are never delivered to Iraq but paid for in dollars flowing to unknown recipients outside the coun…

New US sanctions on Iran