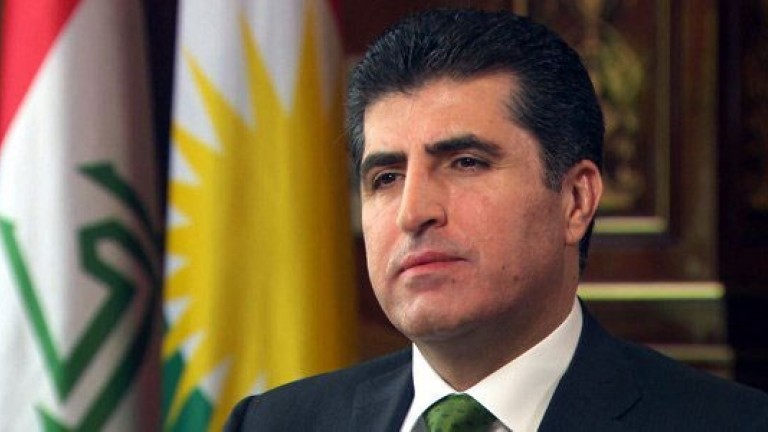 Shafaq News/ The Times newspaper published an article by the President of Kurdistan Region, Nechirvan Barzani, in which he reminded the UK and the world that Kurdistan "sits on the front line of the conflict between freedom and authoritarianism, hope and darkness".

"The West’s hasty departure from Afghanistan has reignited the debate on liberal interventionism. This conversation often overlooks the fact that not all interventions are bad. Action in Iraqi Kurdistan by

Britain, the US, France and others in 1991 saved hundreds of thousands of my countrymen from being killed by Saddam Hussein.

Operation Provide Comfort, the brainchild of John Major, and the no-fly zone that followed, protected Kurdistan for 12 years. This provided the space and relative security to hold elections, create a parliament and government institutions and launch a legitimate military force, the Peshmerga. And when Iraq was liberated in 2003, we rebuilt thousands of villages razed by the Baathists and created an oil industry and emerging market economy. In short, intervention 30 years ago allowed us to do our own nation-building.

Today, the people of Kurdistan and Britain are firm friends, business partners and allies against terror. My visit to the UK this week celebrates that deep partnership, reflected in Britain’s investment in Kurdistan, the eagerness of our young men and women to study in British universities, and the thriving Kurdish diaspora across the UK.

But our joint fight against terrorism is far from over and we need strategic patience. Islamic State remains active in Iraq, Syria and beyond. Just as we saw the Taliban wait until their adversaries left, Isis is in no hurry to surrender or flee. The Peshmerga, alongside Iraqi and western forces, continue to confront this threat because our future, and the security of allies who have experienced appalling acts of terror at home, depend on it.

Kurdistan sits on the front line of the conflict between freedom and authoritarianism, hope and darkness. Radical and terrorist groups threaten us and our way of life. But we remain a safe haven and beacon of tolerance. We host almost a million Syrian refugees and displaced Iraqis who fled Isis and would have been killed or joined the exodus of refugees to Europe had we not opened our doors. We welcome and accommodate all faiths: Christians, Yazidis, Muslims and more.

The debate over Afghanistan will rage but intervention in Kurdistan was a triumph for the UK and for common humanity. While it is vital to

learn from one’s mistakes, it is also important to celebrate one’s successes."

Nechirvan Barzani in the Elysee Palace: The particularity of the French-Kurdish relations

How did the big players in Kurdistan respond to the "Constitution's Architect" proposal?