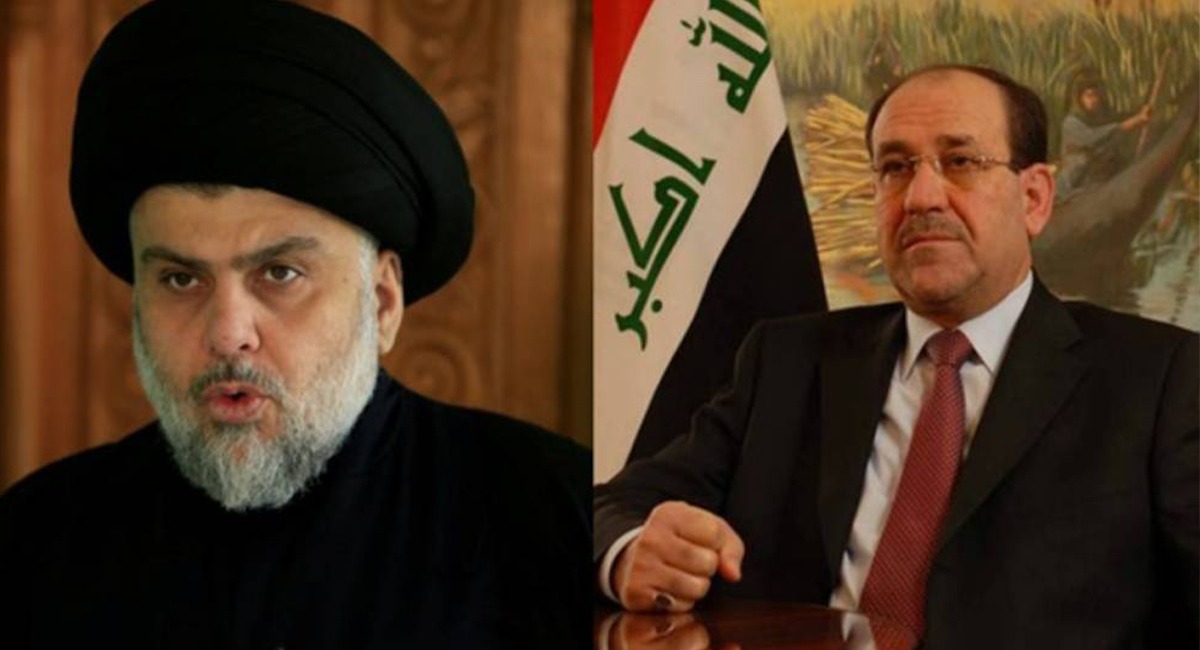 Shafaq News/ After nearly three months of controversy, the page of Iraq's parliamentary election has been turned to open the chapter of the largest bloc head-butting in a quest to form the next government.

It seems that Nouri al-Maliki's State of Law bloc is counting on the dialogue scheduled to take place soon between the Coordination Framework's delegation and the Sadrist bloc, an informed source close to al-Hannana, al-Sadr's residence in Najaf, said. However, the largest may not include all the Shiite forces as he aspires, given that some of the Framework's parties do not approve the government program al-Sadr seeks to implement.

"The Sadrist bloc might release a few bombs in the next few days, including the true number of Sadrist MPs and the migration of leading figures in the State of Law coalition to the Sadrist bloc," a source told Shafaq News agency.

"If the Sadrist bloc failed to reach an agreement with the forces of the Coordination Framework, it has a near-final understanding with Mohammad al-Halboosi's Takaddom bloc and the Kurdistan Democratic Party (K.D.P.) led by Masoud Barzani. Those, in addition to Independent MPs and some of the Framework's forces who approve the Sadrist program, are sufficient to assemble the largest bloc and comfortably lead the formation of the new government," the source added.

"The Framework forces are trying to exert pressure on the Sadrist bloc to loosen its stance in exchange for joining him in a unified Shiite front. Among these conditions, choosing a consensual prime minister and turning a blind eye to some corruption files."

"A forthcoming meeting will bring al-Sadr and al-Amiri together in which the latter may only represent his bloc [al-Fatah]," the source added, "the distribution of positions and ministerial portfolios will be based on electoral weight rather than partisanship. Furthermore, the chances of Prime Minister Mustafa al-Kadhimi being re-elected are less than 20%."

"Every detail may hide a surprise. This may apply to the last moment ahead of announcing the government," the source added.

"The Framework's committee in charge of negotiating with the political parties will hold a meeting with the Sadrist bloc to settle the issue of the largest bloc and the division of labor in accordance with the electoral entitlements, " al-Nouri told Shafaq News agency.

"The new era that began with the Federal Court's ratification of the results will render the negotiations between the Framework and the Sadrists clearer and more committed. Those talks will either end up with an agreement to form the largest bloc or end in vain. Whatever the outcome is, the bloc with the largest number of seats will be deemed the largest bloc, and it will form the government."

The leading figure in the State of Law Coalition, Gatah al-Rikabi, said that the Coordination Framework is leading an effort to establish a formula to choose the candidates for the state's top positions.

Al-Rikabi said that the Shiite forces consortium assembled a committee that will hold meetings with the influential political forces in the country.

"The committee has already met with the leaders of the Azm alliance," al-Rikabi said, "it will hold meetings with Takaddom, the Kurdish parties, and the Sadrist movement soon."

"In the next few days, the largest bloc will be formed with Shiite, Sunni, and Kurdish parties on board. An inclusive government that does not exclude anyone," he continued, "the majority government, the brothers in the Sadrist movement, are calling for is unfeasible at the moment. However, the circumstances are not set to its formation. It will include some Shiite forces and Sunni and Kurdish forces. The remaining will end up outside the government."

"The movement towards the political forces now aims to find a consensual formula to choose the President of the Republic, Prime Minister, and Parliament Speaker. An agreement shall be made ahead of the parliament's first session," he concluded.

Pro-Sadrist figure: there is no need for demonstrations

Al-Maliki's leaks: a political boom looms over the Iraqi arena