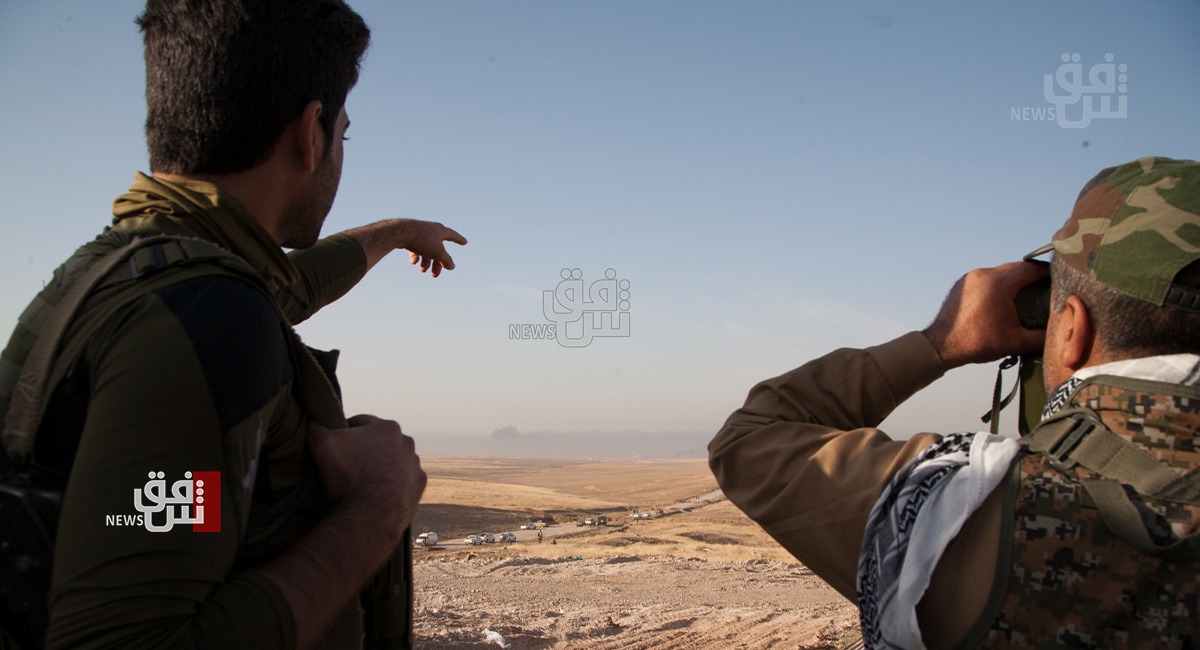 The joy of millions of Iraqis at that moment was as pure as the driven snow, after the horrors of the terrorist organization's control over a large portion of the country for three years, and the abuse and crimes committed against large segments, including the displacement of approximately 3 million people, the death of thousands, the destruction of dozens of cities and towns, and the Syrian-Iraqi borders' instability, which allowed ISIS terrorists to move freely and declare the establishment of its extremist "caliphate".

Many analysts are now concerned that the excitement of that victory may fade. The United Nations, Global Coalition countries, and experts warn that ISIS still has thousands of militants preparing to re-establish the terrorist organization, secure financial revenues that allow them to move and recruit, and that their secret coffers contain tens of millions of dollars in the hope of reviving the "caliphate" despite the death of their former leader Abu Bakr al-Baghdadi.

On the fourth anniversary of the declaration of victory, the terrorist organization is attempting to move, exploiting what can be described as a critical political coma following the October elections, while controversy among the political forces continues. Furthermore, ISIS is trying to demonstrate its ability to take advantage of this political and security uncertainty by carrying out assassinations and intimidation in the disputed areas between Baghdad and Erbil, as it did recently when it launched significant strikes on the Kurdistan Region, resulting in casualties among Kurdish soldiers.

Security leaders and experts believe that ISIS's escalation of terrorist operations, particularly in areas adjacent to Kurdistan, is an attempt to disperse the security effort, as well as to send direct messages to the two governments that ISIS continues to maintain sleeper cells within Iraqi territory.

"The terrorist organization's end is near, and its terrorist attempts in some villages are messages that ISIS sends stipulates that they can carry out qualitative operations in any area they choose. However, the security forces are ready to respond and nullify their criminal plans," said Brig. Gen. Adel Zangana, the Peshmerga representative in Baghdad's Joint Operations Command.

Zangana told Shafaq News agency that there was coordination between the Peshmerga and the federal forces as they entered the Luhaiban village in Kirkuk and protected it after threats by terrorists to invade it, “There are not any ISIS terrorists in Luhaiban village, and the joint security forces are working to secure all villages and areas that require a joint security effort.”

Kurdistan regional officials have complained of a lack of combined security cooperation with the federal government, notably in the so-called disputed areas, to address gaps that allow ISIS to carry out attacks and ambushes.

In addition to what Kurdish leader Masoud Barzani referred to, there was a possible change in the tactics of the Peshmerga forces when he called for their transition from the state of defense to attack, following bloody attacks on Kurdish forces on the outskirts of Kirkuk and Nineveh, similar to the attack on a Peshmerga point in Qara Salem village in Kirkuk, near Erbil, causing four Peshmerga members to fall victim, including an officer.

According to security sources, the majority of the recent ISIS attacks have been launched from the Qarachogh mountain range between Nineveh and Kirkuk, a relatively rugged area that is ideal for ISIS militants to hide, and serves as a buffer zone between Iraqi and Peshmerga positions.

"ISIS is currently trying to exploit some security gaps and some areas where coordination between the governments of Baghdad and Erbil is weak," Iraqi Counter-Terrorism Service’s (ICTS) spokesman Sabah al-Numan told Shafaq News agency, "ISIS operations are active in areas adjacent to the Region, taking advantage of off-road areas with difficult terrain to move and carry out terrorist operations that threaten the vicinity.”

He continued, "ISIS does not have the means to threaten cities. We have already seen their terrorist operations as a guerrilla war through which ISIS is trying to distract the security effort.”

Since its defeat four years ago, ISIS has long bet on gaining more time to regroup and reorganize its ranks in remote areas of Iraq and Syria, allowing it to once again pose a threat to the military authorities of the two countries in the foreseeable future, but may move in the longer term to activate its operations on the regional and international scene. Also, ISIS is betting on estimates that it has 100-300 million dollars financial stock and continues to extort money from civilians and invest in legitimate business activities, including banking companies.

"The reason for the escalation of terrorist operations in villages adjacent to the Region are many, including security gaps in so-called disputed areas, and I believe it is the main reason for ISIS's ability to strike deliberately and systematically," Ihsan al-Shammari, head of the Center for Political Thinking, told Shafaq News agency, "It is also related to coordination between federal security forces and the Peshmerga forces, which is advanced, but I believe we need more effective steps in this aspect to fill the gaps and prevent ISIS's return."

"The other reason is related to the political crisis, which has been greatly reflected in the uncertainty of the security situation," he said.

He also stressed the need to, “Sustain pre-emptive strikes in all directions, as ISIS appears to have succeeded in attracting some militants and thus was able to stimulate again at the level of Iraqi territory. In other words, the existence of a suitable landscape through which it moves, in addition to military issues, namely the desert, the Hamrin Mountains, and the Makhul Mountains, contributed to ISIS’s return."

"I do not t think there will be a repetition of the 2014 scenario because ISIS is taking advantage of this phase of conflicts and crisis of shaping the government," al-Shammari said, "However, a major intelligence effort can frustrate a lot of ISIS’s activity, so we are counting on the intelligence effort more than before."

As a result, direct security-military coordination between Erbil and Baghdad does not appear to be a deferred luxury, as was the case with the two parties' announcement of military coordination to secure the Luhaiban village in Kirkuk after ISIS threatened to invade it, forcing residents to flee their homes.

In order to fill these gaps, the President of the Kurdistan region, Nechirvan Barzani also spoke of reaching the utmost strong military cooperation and coordination between the Peshmerga forces and the Iraqi army to confront ISIS.

"The repetition of ISIS's terrorist acts and the terrorist organization's focus on penetrating villages are warning signals that it may return, even if the probability is low, but remains a worrying threat and must be ended through concerted security, military, intelligence, and government efforts to ward off this risk, especially as ISIS is looking for a loophole that provides access to more influential areas,” a security source told Shafaq News agency.

"We need intensive operations as well as continued sorties of all areas that shelter ISIS," he added.

"There is a large security gap between the Peshmerga and federal forces, which has left clear progress for ISIS in the areas of Kifri, Koljo, Kirkuk, and Makhmour. This security gap must be borne by the federal government because it controls the disputed areas. It should not shirk its duties," Fakher Ezzedine, an observer for the Kurdish affairs, told Shafaq News agency, adding, "According to information, there are regional actors who support ISIS in the disputed areas.”

VOA: Will winding down the U.S. combat mission in Iraq affect anti-IS efforts in Syria?