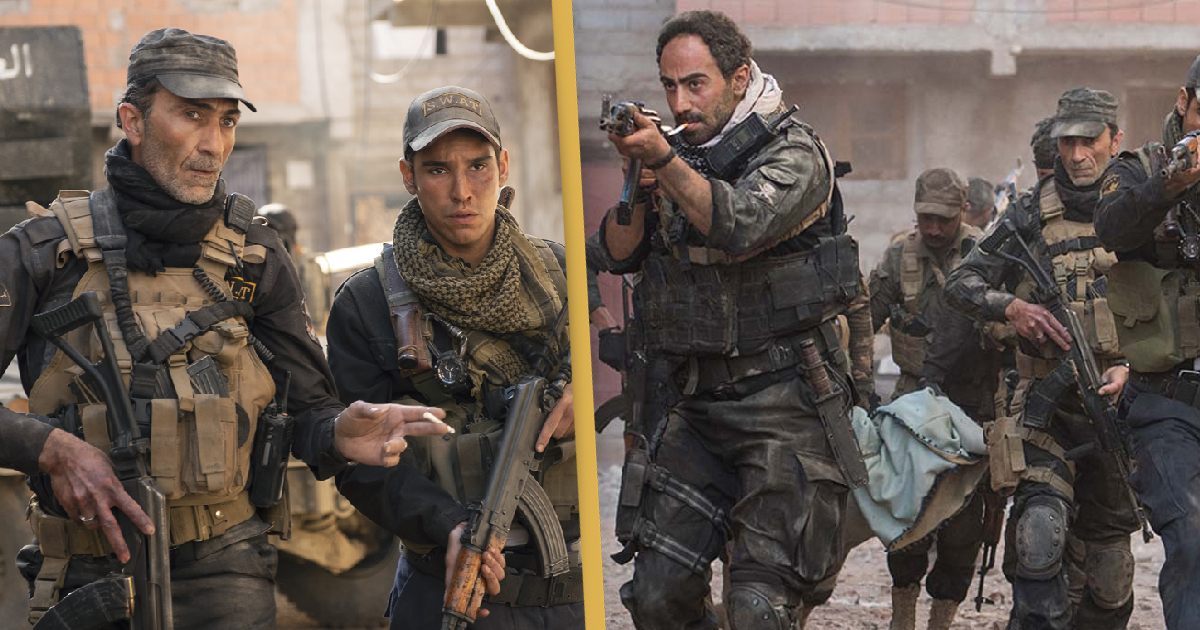 The Russo brothers have opened up about the cast of Netflix’s Mosul receiving death threats from ISIS.

Mosul, released back in November last year, is an action thriller based on a true story, and follows a Nineveh SWAT team after they rescue two police officers from the titular city in Iraq, as they fight a running battle with ISIS.

The film, written and directed by Matthew Michael Carnahan, was a major success upon premiere, earning an 84% rating on Rotten Tomatoes and becoming one of the most-watched films in Europe and the Middle East. However, for the cast and crew, there’s been a fallout of unwanted attention from the extremist terrorist group.

In a new interview with Deadline, producers Joe and Anthony Russo and star Suhail Dabbach (who plays Colonel Jasem, the SWAT team’s leader) discussed the growing unease among the crew due to threats from alleged members and loyalists of ISIS.

Dabbach said, ‘When I posted on my social media that the film was going to come out, the first day there was a lot from ISIS. They put on a lot of videos and bad words. Like, they have said, now we know you, and you have to watch yourself. Every day, touch your head to make sure it is still on. They said… we know where you live and we will reach you.’

While Dabbach’s family have received threats, other actors have been subject to ISIS torment. Co-star Adam Besa’s Instagram was hacked, in addition to receiving threatening messages over WhatsApp.

Netflix, 101 Studios and the Russo brothers’ AGBO production banner took action, making quick moves to strengthen the safety of those attached to the film. Both during production and after the film’s release, the TigerSwan security service – which provided an outfit of ex-Delta Force, Green Beret and Foreign Legion soldiers – has been used to protect the cast and crew.

Joe Russo said, ‘It was certainly an unnerving experience for the actors. It’s never a comfortable feeling to have your privacy violated, and it’s terrifying to receive death threats from anonymous sources. We feel it has been handled expertly by Netflix and by our own security team.’

Anthony Russo said, ‘I will only say we’ve treated this very seriously. We knew the movie was provocative and potentially dangerous for anyone involved. We took the highest security measures we could think of, and we were familiar with that process after working on the Marvel movies.’

He continued, ‘This was a whole new level in terms of secrecy. We didn’t distribute scripts, we had a code name for the movie and pulled every reference of ISIS out of scripts when we did have to distribute them, so they were never explicitly mentioned as they were in the film.’

Anthony added, ‘We had the best security people working with us but still, there was danger, but we had to be in a Middle Eastern country to make the film like we did. We were exposed and had to do as responsible as we could but everyone felt it was worth the risk.’

Mosul is available to stream on Netflix now.

Stray dogs force a curfew on the left side of Mosul

The fall of Mosul.. Accounts from witnesses: It was a conspiracy!