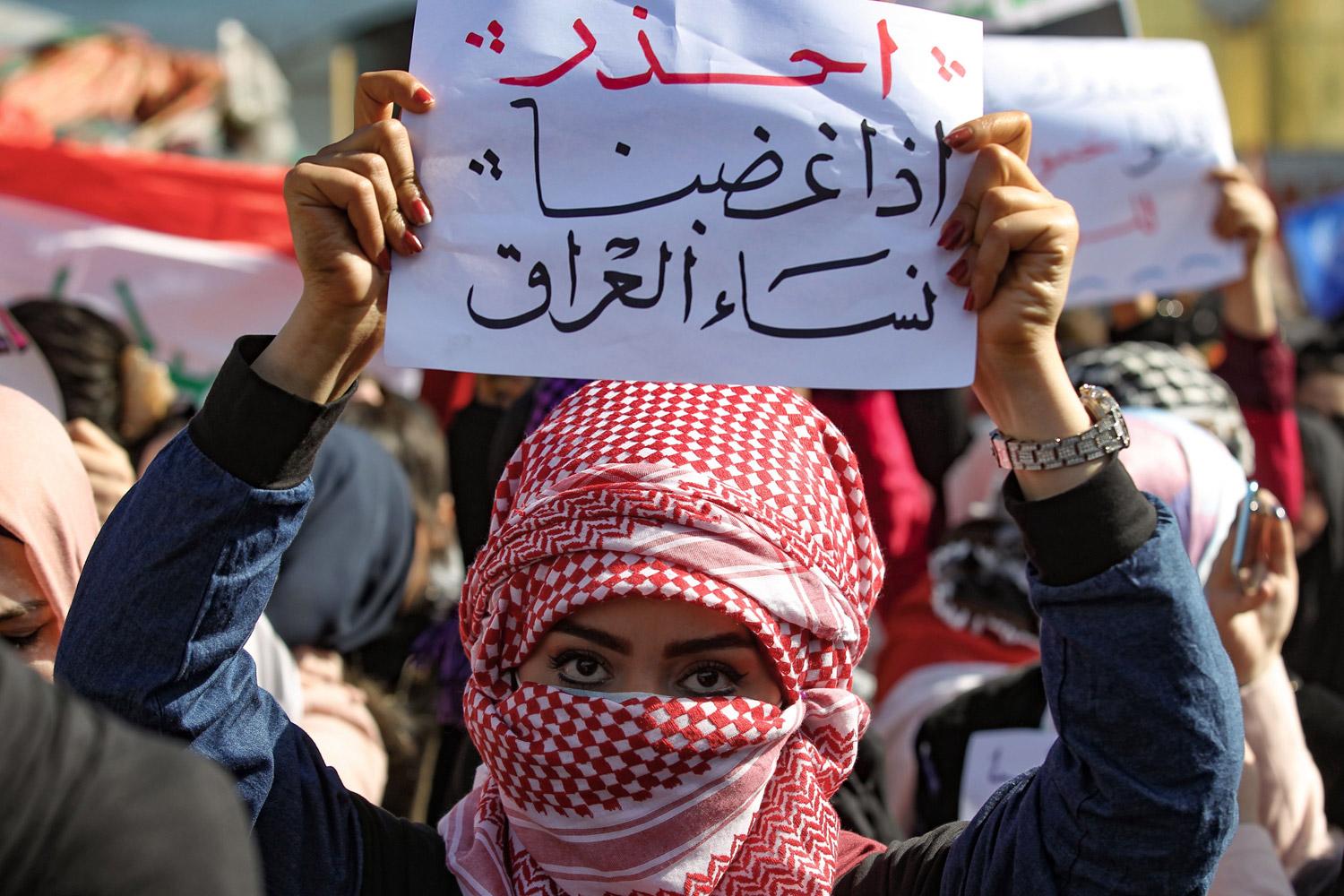 Shafaq News / Women in Iraq experience all types of violence, including physical, verbal, and psychological assaults. According to experts, this is primarily due to a lack of awareness about women's value and role in society.

As a result, religious and educational institutions must take action to eradicate violence, implement the law against violence against women, and empower them economically.

To end this social blight by the year 2030, women around the world celebrate the International Day for the Elimination of Violence Against Women on November 25 each year.

The campaign, led by the UN Secretary-General and UN Women, calls for international action to increase awareness and offer the opportunity to discuss and address the issues at hand.

According to the United Nations, there has been an upsurge in violence against women due to the interconnected crises of global conflict, climate change, and economic instability.

Moreover, the United Nations reported that 45% of women said they or other women they know have been victims of violence.

"It started with psychological violence from male employees because they were my underlings at work. It later became clearer with them actively subjecting me to verbal violence," said H.A., a citizen of Baghdad, who revealed that she was bullied out of her job.

She stressed the need to "monitor and follow-up on women's work experiences in the private and public sectors, to prevent all forms of abuse that harm their psychological, social, and economic status."

Furthermore, UN Women statistics show that 37% of Arab women have experienced some form of violence in their lifetime. There are indications that the ratio may be even higher.

According to UN Women, every one in three women worldwide has, at some point in her life, experienced physical or sexual abuse, mainly at the hands of her spouse. In other countries, the rate of violence against women is as high as 70%.

According to the most recent figures issued by the Iraqi Supreme Judicial Council, there was a spike in the number of cases filed, particularly during the COVID-19 pandemic in 2021 and at the beginning of this year through June.

Statistics revealed that during 2021, the year the pandemic developed rapidly, the courts recorded 18,602 cases of violence against women, and data for the first half of this year shows that 7,947 cases were reported.

Nidaa Hassan al-Guraiti, a member of the parliamentary committee for women, family, and childhood affairs, said that "women are afraid to file a complaint when they are subjected to violence, whether at the hands of their husbands, fathers, or brothers, as women's rights are subject to customs and traditions," warning that "we are not against moral or tribal obligation, but women's rights must be guaranteed."

By holding educational courses in collaboration with civil society organizations, human rights organizations, and the Ministry of Labor and Social Affairs, she continued, "the Women's Committee seeks to activate the violence against women law and highlight its implementation so that women take their rights in all fields and overcome their fears."

According to UN statistics, four out of every ten murdered women were killed by their spouses or partners.

UN Women noted that rapists in the Arab world frequently receive leniency or are even declared innocent if they marry their victims.

In this regard, Dr. Awatif al-Mustafa, president of al-Taqwa Association for Women's and Children's Rights, stressed that "women suffer from many types of violence such as femicide, beating, psychological abuse, harassment, assault, sexual harassment, forced marriage, child marriage, and others."

According to her, "conflict and tension in marital life, customs and traditions that make women subordinate in their decisions to their guardian, as well as the lack of safe and supportive spaces for women that allow them freedom of expression, are among the most significant causes of violence."

Also, according to Dr. Faten al-Hilfi, president of al-Rahma Humanitarian Society, "ignorance is the main cause of social problems," emphasizing the need to "educate the abusers about the position of religion and law on these practices."

Al-Hilfi stated to Shafaq News Agency that social media sites "have had a prominent role in alerting the general public that there are cases of violence committed against women, such as burning, torturing, and beating to death, in addition to the verbal violence in institutions, mainly male boss abusing his female employees, which leads to serious psychological damage."

After her remarks, al-Hilfi emphasized the significance of empowerment and development of women through awareness campaigns, forums, and workshops in this area, as well as the necessity of empowering women economically because it has an antagonistic relationship to violence, " Women today require economic empowerment in order to be protected from various forms of violence because when they are independent and in charge of their own financial affairs, they are unlikely to be abused."