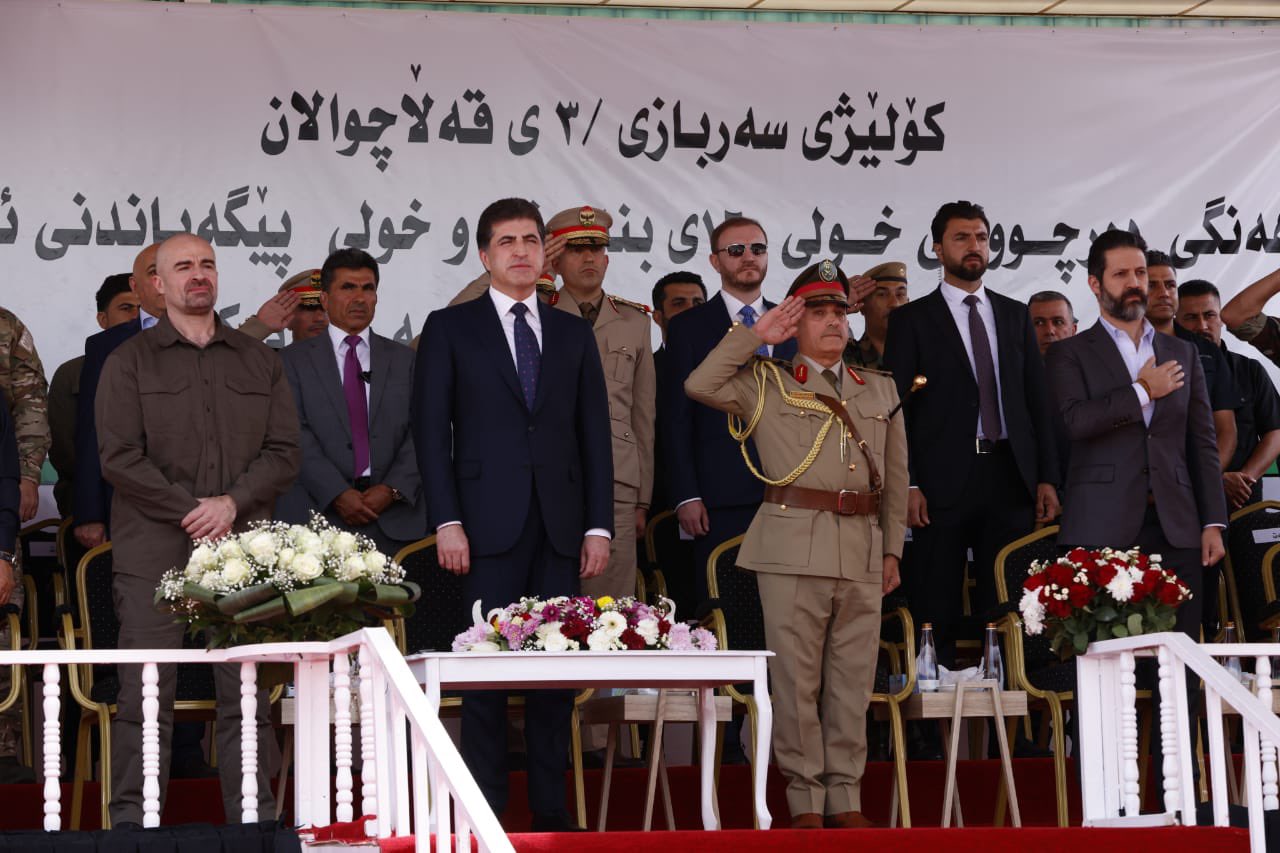 Shafaq News / Nechirvan Barzani, the President of the Kurdistan-Iraq, took upon himself the mission of reuniting the Kurdish house in a critical stage of the modern history of Iraq and the Region. By mending fences in al-Sulaymaniyah, the President was also trying to open a hatch in the walls hindering any resolution of the bitter deadlock in Baghdad.

The Region's President has raised the bar for expectations, as observers agree that such a role model might influence the political arena by bridging gaps and addressing differences.

Barzani's carefully-orchestrated visit to al-Sulaymaniyah lasted only a few hours of consecutive meetings. However, it is expected to have an impact on both the Kurdish and Iraqi arenas.

Nechirvan Barzani has set a list of goals in his quest to achieve Kurdish reunification. It begins with the ending of the media war between rival Kurdish forces, particularly the Kurdistan Democratic Party (K.D.P.) and the Patriotic Union of Kurdistan (P.U.K.), and ultimately seeks to settle on a consensus "Kurdish candidate" for the post of President of the republic. Among the main goals of his visit, President Barzani aims to strengthen the internal security front by extending outreaches to the parties inside and outside the Region to eradicate the "terrorists" exploiting the security gaps.

Since the October elections, Shiite forces have been fighting over the "rights" of the parliamentary majority, the blocking one-third, the nomination of the prime minister and the President of the republic, the "Sadrist" deadlines, in addition to the sandstorms that ravaged the country, droughts, electricity problems, security concerns, as well as the Turkish military operations in the north, Iranian operations in the east, and sometimes, the attacks on Erbil.

Barzani's visit to al-Sulaymaniyah, accompanied by P.U.K.'s head Bafel Talabani, is loaded with various implications and messages. It primarily signals the Kurdish leading parties' willingness to join hands and ease the political tension inside the Kurdish house, a sign that possibly heralds a breakthrough in Baghdad.

Therefore, many parties will monitor the course of the visit itself, the statements and positions issued during it, and the events that will be held in the coming days resulting from Nechirvan Barzani's "Kurdish tour" in al-Sulaymaniyah, with all the city's political, social, and popular aspects that represent, at the same time, threads of attraction and sensitivity.

It would not be easy to deal with those threads carefully, had it not been for Barzani's political acumen in approaching the principle of "breaking the ice".

This visit was preceded by various leaks, namely, that the K.D.P. decided at its last meeting of the party's leadership council to normalize relations with political parties in Kurdistan, and that the Region's President, who is also the party's vice-president, will visit the political parties in al-Sulaymaniyah to hold meetings to normalize the situation and focus on the unity of the Kurdish house, at a time when a P.U.K. leader declared that Barzani's visit to al-Sulaymaniyah "is a sufficient motive to unite the Kurdish political parties."

In a speech he delivered during the ceremony, President Barzani said that common ground has been reached to resolve the current political impasse in Iraq, and announced ending the media war between K.D.P. and P.U.K.

In his speech, President Barzani urged Iraqis to stand up to outlaw groups' threats against the Region, emphasizing that "protecting Iraq is crucial to us. The Region should take part in the protection of the Iraqi state. It is a duty that all Iraqis shall share."

He said that Iraq's federal system will help strengthen its sovereignty as well as the bonds of partnership between its components. Barzani also recalled the Peshmerga's role in maintaining security and stability in many areas of Iraq, including the capital Baghdad, during the war against ISIS by assisting Iraqi forces and protecting the governorates of Kirkuk and Diyala.

"The security of Erbil and Kurdistan is contingent upon the security of Iraq. We share sovereignty and interests. We share success and failure," Barzani said, recalling a key issue of the disputed areas covered by Article 140 of the Constitution, "Unfortunately, there are violations in those areas. Peshmerga forces alongside al-Hashd al-Shaabi (Popular Mobilization Forces-P.M.F.) are victims of these violations resulting from the security gaps."

He also called for coordination between the Peshmerga and all Iraqi forces, as was the case during the war against ISIS.

The meetings with Bafel Talabani, held in the presence of the vice-presidents of the Region, vice-president of the Kurdistan Regional Government (K.R.G.), and members of the Political Bureau of the P.U.K., as expressed by former M.P. and leader of the P.U.K., Jamal Shukur, are important and essential aspects of Barzani's visit, "The visit was a joy for Iraqis and a victory for Kurdish forces in breaking the blockade and speeding up choosing the President of the Republic and the Federal Prime Minister. This visit also contributes to the unification of the Kurdish ranks."

He also recalled the K.D.P. and the P.U.K.'s deep historical ties, saying, "The next phase will witness an exchange of visits and meetings between the two parties' leaderships," hoping that Shiite forces would also contribute to resolving the political blockage.

In another message delivered during his meeting with the Secretary-General of the Kurdistan Islamic Union, Salaheddine Mohamed Bahaa al-Din, Barzani stated that the purpose of his visit to al-Sulaymaniyah was to alleviate tensions and strengthen solidarity among Kurdish leaders, calling on the Secretary-General and the Kurdistan Islamic Union leadership to play a role in the reconciliation process.

In order to balance this "tour", Barzani also met with the Gorran movement leaders represented by Omar Sayed Ali, as well as the head of the Kurdistan justice Group Ali Bapir.

A statement by the Kurdistan's Regional Presidency indicated that Barzani reiterated the presidency's "efforts for class unity and harmony between the parties and will remain an umbrella for all parties and components in Kurdistan."

According to the statement, Barzani's visit to al-Sulaymaniyah will have a clear impact on the Kurdish house, "The parties agreed that addressing differences and unity, especially between the K.D.P. and P.U.K., will have a positive impact on the general situation in the region and strengthen Kurdistan's position in Baghdad."

As a result, it is only logical to monitor the extent of the Barzani tour's effects on Baghdad, which is mired in tensions between the trilateral alliance and the Coordination Framework on the long-awaited government, and whether leaders such as Muqtada al-Sadr, Nouri al-Maliki, Hadi al-Ameri, and others will also look for effective ways to join the ranks of the Shiite house and come up with a settlement that satisfies everyone, and most importantly to please the restless Iraqi street.

Dillkhoush, A Kurdish bodybuilder breaking the barriers with her dream

Kurdish women revive electrical transformers and save millions of dinars