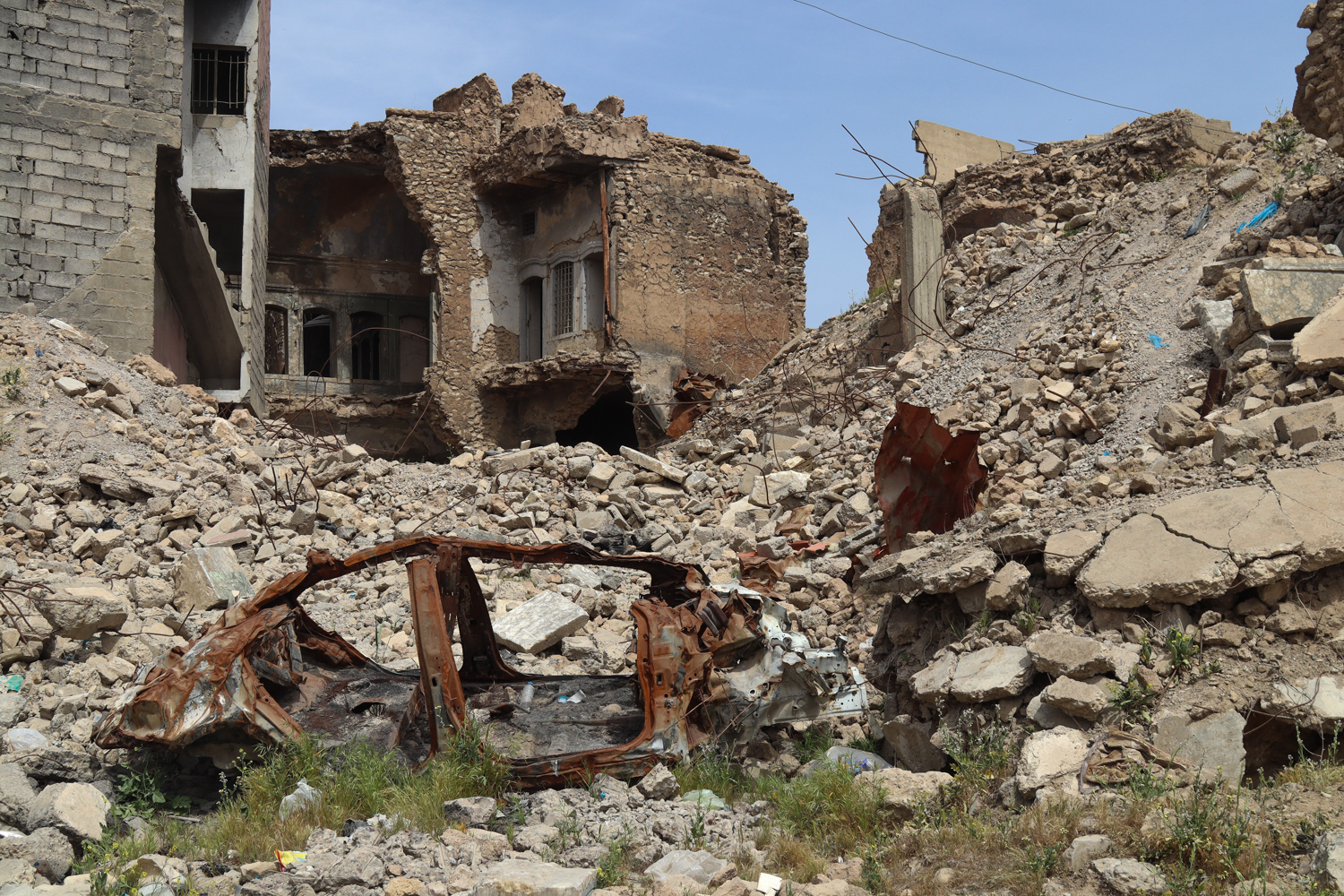 Five years after the liberation of Mosul from the Islamic State, it seems like the fight against extremists in Iraq has faded into the media background. But the catastrophic legacy of ISIS’s rule lives on through the irreversible destruction of Mosul’s Old City and unexploded remnants of war hidden under the rubble.

What struck me when I arrived in Mosul was how slow the reconstruction process has been. The Old City, once a historical center of Mosul, still lies in ruins and one justification for that is the lack of funding.

‘People have been trying to rebuild the city, but money is a big problem. All reconstruction projects are financed by foreign organizations and run by locals and humanitarian workers. The Iraqi government does not help much,’ Muammar, a taxi driver who grew up in Mosul, told me.

But there is another, even more significant, obstacle that makes clearing the rubble particularly challenging. It is the fact that unexploded ordnance, buried amongst the ruins, is scattered around Mosul’s Old City.

‘You have to be very careful when you walk around here. No one knows how many bombs are still there, but it is easy to step on one without realizing it before it is too late,’ Ahmad who studies computer engineering at the University of Mosul said. 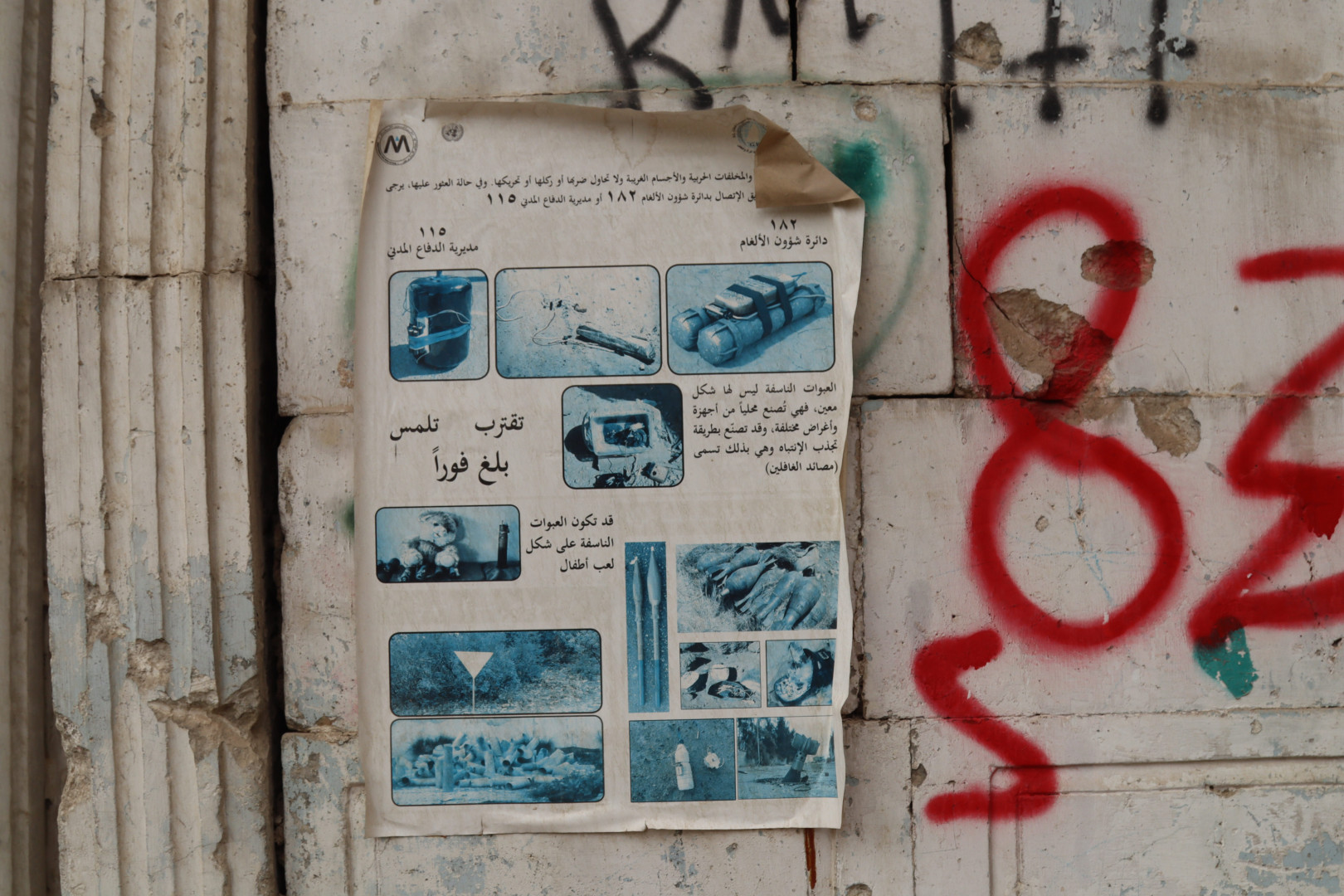 Armed clashes in Mosul might be a thing of the past, but undiscovered improvised explosive devices (IEDs) keep killing civilians and will continue to do so for years to come.

When I was walking around Mosul’s Old City, at every corner I could see posters advising to be wary of and not touch any suspicious-looking objects. Still, anyone can enter the abandoned buildings and some families have rebuilt their houses amid the debris.

First, every year remnants of war cause losses of tens of innocent lives. Children are particularly vulnerable to becoming victims of deadly blasts as, not fully understanding the risks, they often pick up items they find interesting. For the families who live surrounded by the rubble, going outside means they have to take the exact same route they know it is safe every time they leave their residence.

Until all unexploded bombs are discovered and removed, the war against ISIS will keep claiming victims. 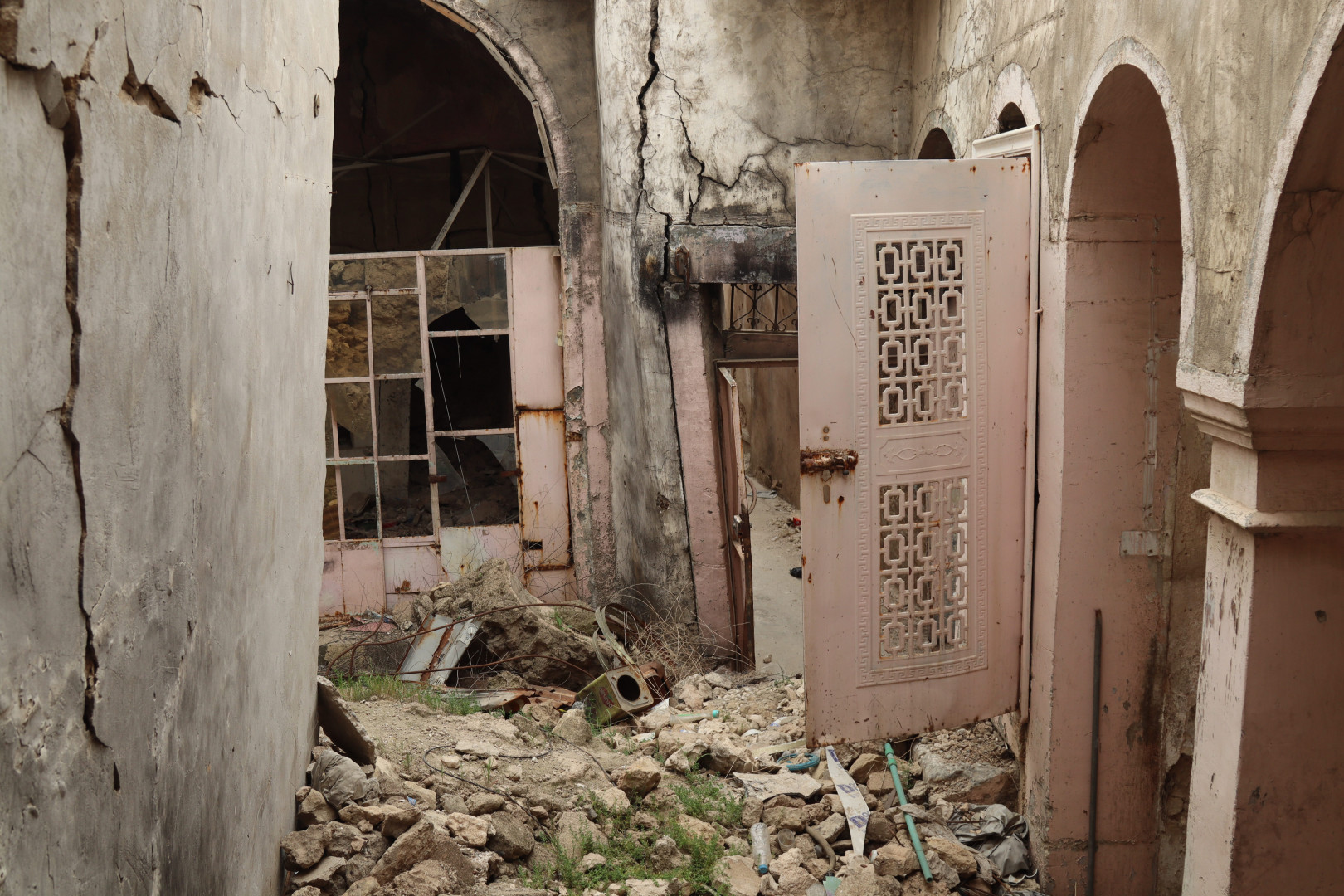 Inside of a bombed house in Mosul’s Old City

Second, as long as the Old City is a ruined, almost completely deserted area, people of Mosul will not be able to heal their psychological scars.

‘When ISIS came everything stopped. We were not living anymore, we were just trying to survive. I do not think I will ever forget the sight of bodies everywhere and the sounds of bombs that could be heard almost everyday,’ said Ihab, a graphic designer who was just seventeen years old when ISIS took over Mosul and stayed in the city throughout the occupation.

Recovering from the trauma caused by war, especially considering the scale of atrocities committed by ISIS, is a long journey and the omnipresent rubble serves as a constant reminder of horrors that everyone tries to forget.

Mosul is home to some of the most kind-hearted people I have ever met. People who would invite me to their homes and make food for me even though they normally have to ration supplies. People who would tell me stories about their loved ones who were killed by ISIS, wanting me to better understand what they lived through. People who, despite having experienced unimaginable suffering, manage to find happiness and the strength to keep going.

These people deserve to feel safe but for it to happen, the rubble and unexploded explosive devices it hides need to be removed from the streets of Mosul’s Old City.

Katarzyna Rybarczyk is a political correspondent for Immigration Advice Service. She covers humanitarian issues and conflicts in the Middle East and Africa.