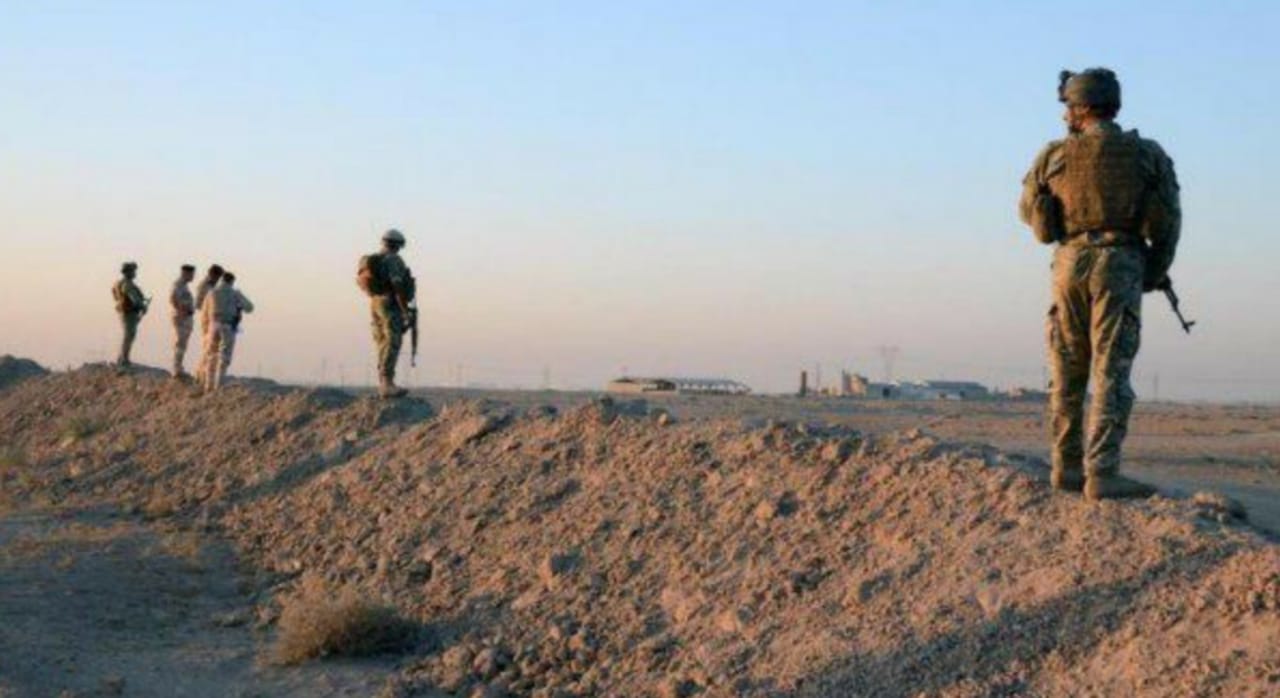 Shafaq News / More than three years have passed since the declaration of victory over ISIS in Iraq, but the terrorist organization continues to threaten the security of the country.

ISIS has been exploiting the political conflicts and the presence of its cells in several places - particularly the borders with Syria - as well as their underground tunnels that enable them to engage in criminal activity inside Iraqi territory.

Al-Anbar is considered one of the most dangerous liberated cities because of its geographical nature, vast desert area, and the Syrian border line to its west.

The governorate's western districts, Al-Qa'im, Haditha, Hit, … etc are still unstable, making it easier for ISIS terrorists to infiltrate and carry out operations to establish its presence by kidnapping, bombing, or attacking security posts.

According to security authorities in Al-Anbar, the hunt for ISIS terrorists is still going on, and many of them are killed or arrested. However, the border gaps and secret tunnels - set up during their control of the governorate - facilitate the return and movement of its militants again.

ISIS recorded its latest operation in Al-Anbar on Sunday after it booby-trapped a vehicle and left it in the desert of Al-Madham - which belongs to the al-Qa'im district – to blast a group of army and tribal crowd fighters, killing eight and leaving many wounded.

"This organization still has sleeper cells, and many of them have previously worked for the Iraqi security services, i.e., they are fully aware of places they think are safe for them", said Tahsin Al-Khafaji, spokesman for the Joint Operations Command.

"The declaration of liberation is the declaration of cleansing the area from ISIS control. Nevertheless, its cells and ideology are still present in those cities, and it needs much work to be eliminated", Al-Khafaji told Shafaq News agency.

"We have resorted to working with the Global Coalition to eradicate and eliminate ISIS. We are counting on the intelligence effort in this matter as our battle with ISIS is purely security intelligence", he said.

"ISIS has begun to operate first in Syria, and now it has a large presence in northern and eastern Syria where it is carrying out large operations. The Syrian security situation always affects ours; the more they are in Syria, the more they are likely to infiltrate our territory. The most important reason behind the presence of ISIS in Al-Anbar is its proximity to the border with Syria, as well as the vast desert area of the governorate", Al-Khafaji added.

"The Iraqi-Syrian border is fully under control, but ISIS exploits some loopholes to enter the Iraqi territory. We are working to close those gaps in cooperation with Global Coalition forces, and we have reached advanced stages", he clarified.

Hatem Hameed, deputy governor of Al-Anbar's security affairs, considered controlling the vast desert areas, which oversee three neighboring countries, including Syria, very difficult, "There are security plans that have been altered to eliminate ISIS, through pre-emptive attacks, drones, as well as Global Coalition airstrikes inside Syrian territory near the Iraqi border, to prevent ISIS from entering the country".

He revealed the existence of old hidden tunnels between the Iraqi-Syrian border - which were used for smuggling - and now, ISIS has begun to exploit them to enter the Iraqi territory.

For his part, security expert Moayyad Al-Hamishi said that the terrorist operations taking place in Al-Anbar or the rest of the country have nothing to do with ISIS, as it has effectively ended in Iraq - especially after killing of its leader, Abu Bakr Al-Baghdadi, "ISIS no longer possesses ideological charisma that would attract new supporters to sustain its organization and form new factions or cells to carry out its operations".

VOA: Will winding down the U.S. combat mission in Iraq affect anti-IS efforts in Syria?