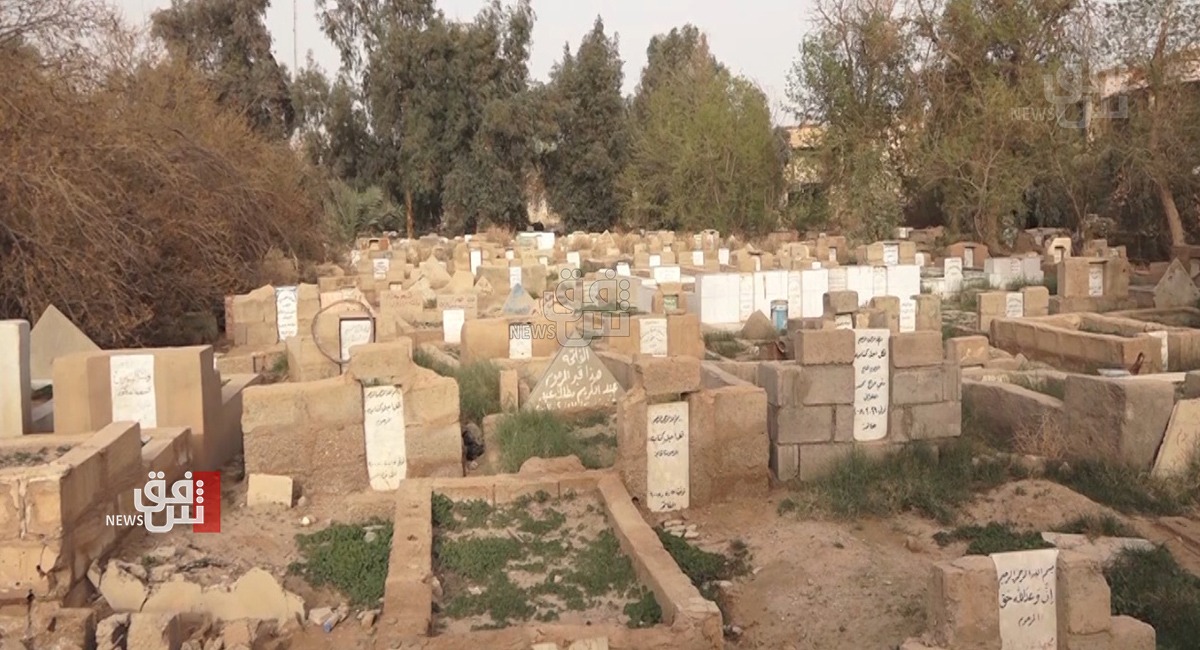 Shafaq News / After the dust of the war against ISIS settled in 2017, the parks of al-Anbar became "mass graves", embracing the bodies of those who suffered the atrocities of ISIS.

Since ISIS took over the city until its liberation, Ramadi's parks have been changed into a graveyard for its residents. The countless memories the locals cherished in those parks were replaced with graves and tombstones.

Al-Andalus graveyard, formerly a park located downtown the capital city of al-Anbar, is an example of many. Amer Hussein, a resident of Ramadi told Shafaq News agency, "this was one of Ramadi's most beautiful parks, the only green area for the people of the al-Andalus neighborhood. In al-Jumhuriya neighborhood, there is another park that has been turned into a cemetery, and another in al-Tamim neighborhood, where the security conditions forced people to bury their dead relatives either in the gardens of their homes or in parks."

"Now, we visit our friends' graves inside the same parks we used to play football with them there," said Faisal Alaa, "this cemetery, which was one of the largest parks in the city, was a destination for the families and children of the area."

"The cemetery continued to expand even after ISIS was expelled from Ramadi, despite the many attempts of the homeowners nearby to halt the expansion," he added.

"During the ISIS crisis, the residents of the area were unable to bury their dead in designated cemeteries because of the difficulty accessing them, forcing them to use the park as a cemetery temporarily," said Sabah Ali, "however, the local government is yet to make a move."

"Parks in al-Andalus and al-Mala'b neighborhoods have been used as graveyards to bury martyrs during military operations in the city because bridges and roads were cut off," said Ibrahim al-Awsaj, Ramadi's district administrator.

"We have worked extensively to move those graves to legitimate cemeteries, but the large numbers have hindered the process," al-Awsaj told Shafaq News agency.

The road of Hash: Iraqis at the point of a weapon no less treacherous than ISIS