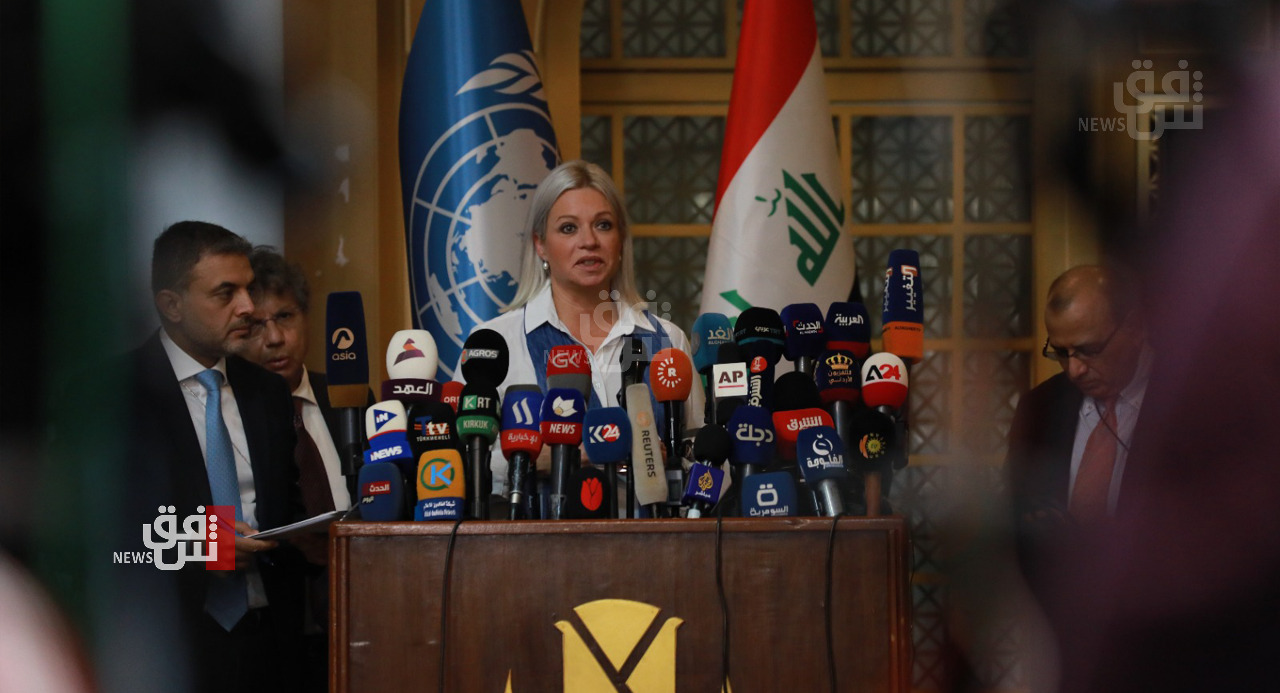 Shafaq News / When the head of the UN mission in Iraq, Jeanine Hennis-Plasschaert, delivered the idea of an Iraqi woman assuming the presidency or other senior positions in the country, she was taking the veil off of the issue of the women's role in Iraqi political life, however, without raising many hopes that the limited role of women could be changed in the foreseeable future.

Although no law obliges the government to allocate positions for women, all successive governments since 2003 have seen a women's presence - albeit uneven - in holding government seats. Nevertheless, the problem is that women, who represent half of society, and whose rights are equal to men by the Constitution, such as voting, election, candidacy, and right to political action, find themselves at the same time "almost constrained" by the quota system, which determines their presence in parliament by only 25%.

This system reduces the extent to which Iraqi women can play their open role on all country issues and partially obscures their possible ability to hold key leadership positions in Iraq. Sometimes because of what can be described as "masculine domination", and sometimes because of "partisan domination" that benefits from women's votes, some of whom run on their lists, but generally do not push them to the forefront of parliamentary work.

According to the new electoral law, each constituency determines the victory of three candidates, one of whom must be a woman.

On the other hand, ensuring women's share in parliament is one thing, and ensuring that they are in senior leadership positions is totally another, as demonstrated by the political transitions since 2003, as their size in parliament has not been balanced in their representation within the government.

Commenting on Hennis-Plasschaert's remarks, electoral candidate Nour Khawam Ahmed told Shafaq News agency, "The presence of women through quota will not allow them to take their role as speaker of parliament, the republic, or ministers because most of the blocs are parties."

Khawam Ahmed said that Hennis-Plasscgaert's remarks could not be applied on the ground unless there is foreign interference, noting that she does not expect a woman to be able to take over as president.

The candidate recalled 3,000 candidates, including 900 women candidates, wondering how a woman would be chosen under such a situation, calling for "International intervention to set women's role in the political process effectively."

Since 2003, governments have been reporting on the credibility of Khawam Ahmed's suspicions. Except for Iyad Allawi's transitional government in 2004, where the largest participation of women (six women) was witnessed, women were not significantly represented.

In 2014, during Haider al-Abadi's government, only two female ministers were selected, while Adel Abdul Mahdi's 2018 government brought in only one, minister of education, to increase it by one female minister during Mustafa al-Kadhimi's last government.

Speaking to Shafaq News agency, journalist Amal Saqr said that Hennis-Plasschaert's speech is nothing but media talk, asking about the United Nations' role towards women and what it has done inside Iraq.

Saqr said that the female candidates in previous elections had been selected by their party system. Therefore the choice was based on loyalty to a party, not based on competence, "This blocked the way for highly qualified independent female candidates."

After Saqr pointed out that the presence of some female deputies is a formality, she added commenting on Hennis-Plasschaert's remarks, "We must not leave the matter in the vortex of political parties and quota."

Rizan Sheikh Deller, a member of the Iraqi parliament's women's committee, told Shafaq News agency that the UN projects were "failed", adding that the United Nations' role was supposed to be real.

She also expressed her surprise at the meetings that Hennis-Plasschaert held with male politicians, instead of female politicians, to hear their demands and discuss with them some solutions.

"The authoritarianism in Iraqi politics now is masculine," she stated, noting that she is pessimistic about the possibility of change in the upcoming elections, as "nothing would change under the control of political parties."

It is clear from these figures and results that the size of women's representative role in political life, at least in the executive branch, is highly limited.

The governing parties, by their commitment to ensuring party, ideological, and ethnic loyalties, accompanied by societal male domination, has not opened the doors wide for Iraqi women to take over the positions they deserve in leadership, depriving Iraq of their competencies that could contribute to the building of a new Iraq.