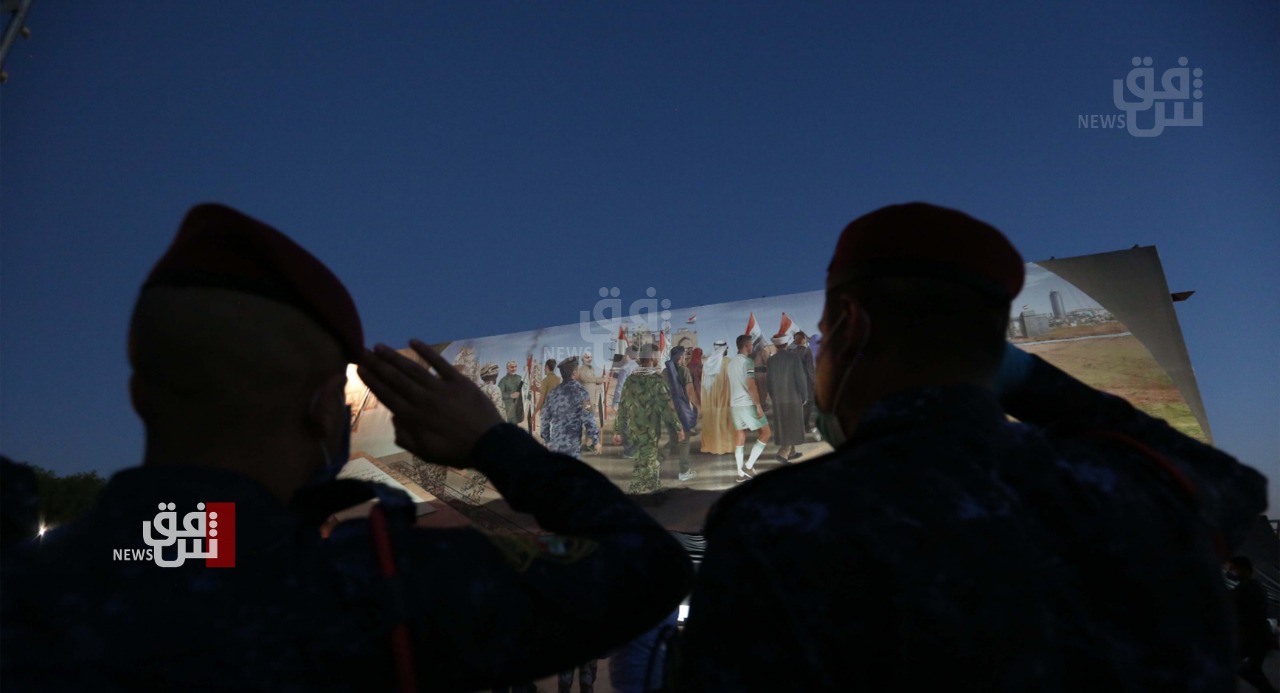 Shafaq News / It seems that the outcomes of the Iraqi election have reverberated beyond Iraq and reached into the Iranian decision-making bodies. After the humiliating defeat of its allies in the October 10 election, Tehran was compelled to shift tactics as the balance of powers tilted away. The Iranians had to take radical steps to retain some of their influence and regain their position in the Iraqi arena. Amid these circumstances, Iran opted to withdraw the Islamic Revolutionary Guard Corps (IRGC) from the political file in Iraq, as reported by special sources to Shafaq News agency.

Rumors about attitude and approach polarization between Iran's IRGC and the Ministry of Intelligence (VAJA) are not hidden or new to observers. In fact, the conflict between the two poles has somewhat cast shadows on the Iraqi arena itself, particularly in dealing with difficulties since after 2003.

However, it was evident that the Iranian supreme leader, Ali Khamenei, consistently prevailed in the Quds Corps' stance and working procedures in the IRGC under the command of General Qasem Soleimani, who played a crucial role at the center of Iraqi decision-making.

The assassination of Soleimani, along with the second-in-command of the al-Hashd al-Shaabi (Popular Mobilization Forces-P.M.F.), Abu Mahdi al-Muhandis, at the start of 2020, appears to have confused Iran's role in Iraq. This confusion was clearly reflected in the poor performance of pro-Iranian P.M.F. factions in the most recent parliamentary elections, held on October 10, 2021.

It is clear that the P.M.F. leaders' astonishment infected Iranian security and political leaders who were expecting the Allied Iraqi forces to perform admirably in the elections, to help in managing the Iraqi file and asserting Iran's regional influence at a time when Tehran is engaged in difficult negotiations with international powers, including the U.S., over its nuclear file.

In an unprecedented measure, Iranian President Ibrahim Raisi has transferred the political file in Iraq from the IRGC to VAJA, according to a political and diplomatic source.

Transferring control of the Iraqi file to VAJA rather than the Revolutionary Guard -the crown jewel of the Iranian security bodies- is a significant Iranian coup, appears to be aimed at recapturing the Iraqi file differently, and changing the mechanisms of action and management.

The sources stated to Shafaq News agency that VAJA's former leader, Mahmoud Alawi, is in Najaf and will remain there until the formation of the new Iraqi government. In addition, the file of the new government is now in the hands of the Sadrist leader, Muqtada Al-Sadr, after winning 73 seats in the elections, which blocked the path to Iranian mediation during the past days to converge on the Coordination Framework, specifically with Nouri al-Maliki, to lead the formation of the new government.

According to leaks, Ismail Qaani, the commander of the IRGC's Quds Force, was not entirely successful in uniting the Iraqi "allies" in many files, including the position on the presence of U.S. forces, or the relationship with Prime Minister Mustafa al-Kadhimi, or how to run the elections, and later in the course of negotiations to form a new government.

The news was reinforced by an informed political source who reported to Shafaq News agency, that an Iranian diplomatic delegation comprising officials from the Revolutionary Guard visited Baghdad to bring the views between the Coordination Framework and al-Sadr, and unite them into a bloc within the Iraqi parliament, "The Iranian delegation left Baghdad upset after failing to bring the views between the two sides closer."

The political source added that Muqtada al-Sadr remained determined to remove the leader of the State of Law Coalition Nouri al-Maliki, from the coalition between the Framework and the Sadrist Movement. However, the Framework rejected that, which stressed the importance of all its forces' alliance with the Sadrist bloc, "The lack of a solution between the two parties and al-Sadr's desire to isolate al-Maliki from the Shiite political house, greatly disturbed the Iranian delegation."

Furthermore, and as stated by a diplomatic source, Iran has sent a clear message to entities close to it in Iraq that it wants to complete the rapprochement with Saudi Arabia to ensure the success of the nuclear deal, but opposes a split in the Shiite house.

On the other hand, PM Mustafa al-Kadhimi plays a prominent role in bringing Riyadh and Tehran closer together, according to the source, "Iran believes that al-Kadhimi's stay at the head of the new government will strengthen this rapprochement."

As an expression of Iran's poor performance in Iraq, Reuters reported on December 22 that Iran had made several moves to stop internal unrest in Iraq that could be caused by Iraqi factions close to it, noting that one of the interventions took place hours after the attack on al-Kadhimi's place of residence, in which pro-Iranian groups were suspected of involvement.

According to militia officials, Iraqi politicians, and Western diplomats, Ismail Qaani rushed to Baghdad after the attack to deliver a message to pro-Iranian factions that refused to recognize the preliminary results of the elections. Qaani's message was to "accept the results".

According to people familiar with the talks' environment, Qaani told two militia leaders that the Shiite majority's authority was under threat due to their bad political stance.

According to a militia official directly familiar with the meeting, as well as two politicians linked to the factions who were briefed on the meeting, Qaani rebuked two leaders of Iranian-backed groups and accused them of failing to deal with the fallout from the elections during a brief meeting in the office of a senior Iranian-backed politician.

"The Iranians were enraged," a militia official was quoted by Reuters as saying, adding that an Iranian official asked: "Do you want a Shiite civil war?"

Iran Looks to Missiles and Drones to Regain Its Regional Edge

After Erbil Attack, Will The U.S. Supply Iraq With Missile Defense Systems?

Bloomberg: Iran is supplying its partners with course-modifying war technology