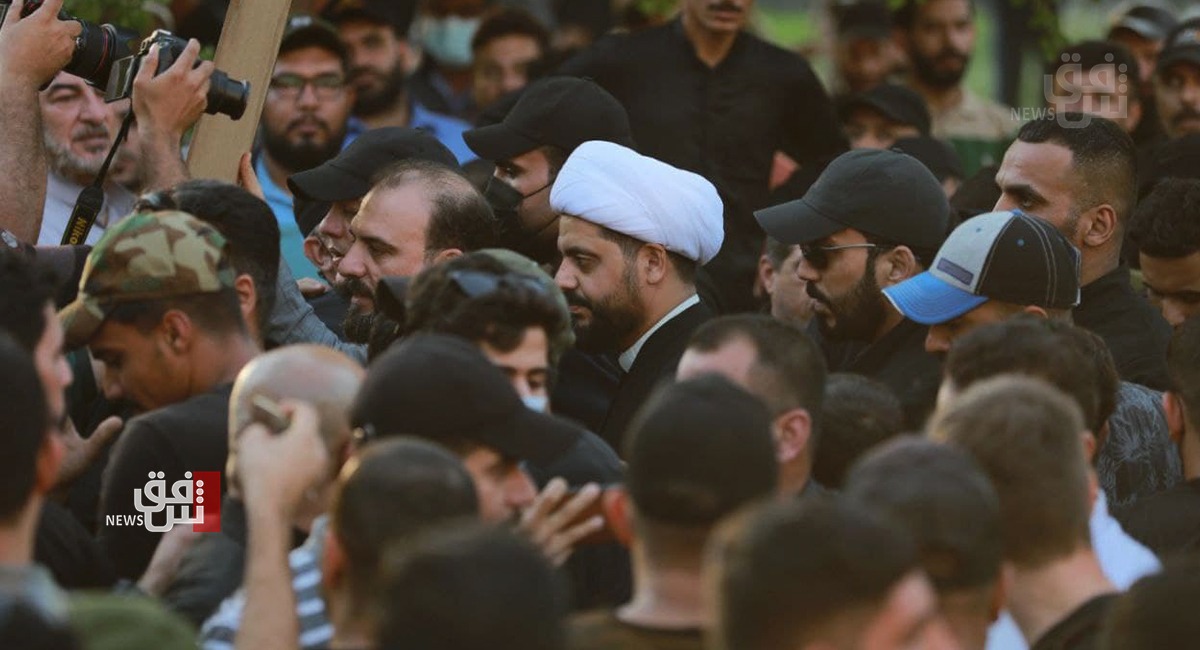 Shafaq News/ The post-election scene in Iraq, the Shiite in particular, has been in a constant state of swift evolution and transformation, sometimes on a daily basis, with red flags of tension, rivalry, and collision flashing at every corner.

The aftershocks of the recent polls continue, prompting the Sadrist leader Muqtada al-Sadr to release a list of conditions that he deems essential for the formation of the next Iraqi government, that includes dissolving all the armed factions, removing unrestricted members of al-Hashed al-Shaabi (Popular Mobilization Forces-P.M.F.), and refraining from using it in Politics.

However, the period between October 10 and now has been marred by many implicit and explicit disputes and tensions, particularly between the various Shiite forces, many of which found that they did not achieve their desired voting process due to the decline in their parliamentary share, and thus diminished their chances of entering the next government formation, except perhaps for Muqtada al-Sadr’s movement, and to a lesser extent Nouri al-Maliki's coalition.

The Sadrist Movement won more than 70 seats from a total of 329 in the parliament hall, while al-Fatah alliance secured only 15 seats, down from 48 in the 2018 elections.

Observers are concerned that the situation may devolve into a race to form the largest blocs and have the final word in building a new government, whether a majority government or a government of national unity.

Some political theorists told Shafaq News Agency that the disagreement between Shiite forces rejecting the election results does not meet the requirements of “Shiite-Shiite conflict” because there is more than a safety valve that holds them back. The conflicts between them cannot be more than light skirmishes near the Green Zone.

"The debate between Shiite political parties has not yet reached the stage of the conflict, and it cannot reach it; all we are witnessing is a disagreement over election results," political analyst Manaf al-Musawi stated.

"The religious authority continues to establish its protective role for Iraq' stability via the directives it delivers in the weekly sermons. As a result, the disagreement or objection to the election results or the formation of the next government could end with some settlements," al-Musawi told Shafaq News agency.

Among these settlements, according to al-Musawi, there are the initiatives put forward by leaders or political entities, such as the initiative of the National Wisdom Movement’s leader Ammar al-Hakim, the initiative of President Barham Saleh, as well as the recent initiative of Muqtada al-Sadr who presented several proposals to end the problems that hinder the building of the state and the formation of the next government.

"But there are still some problems that impede the progress of the state-building process, such as restricting the arms outside the state's authority which needs time, dialogue, communication, and assurances to all the parties. Thus, the current disagreement is more of a competition than a conflict, which happened more than once before," he added.

The Shiite Forces’ Coordination Framework and allies, al-Azm Alliance and some small lists, held an extensive meeting at al-Hakim's house in the presence of the UN representative in Iraq, who reviewed the documents submitted by the opposing parties and promised to present them to the UN.

The main Shiite groups, whose candidates are in power,  are fighting to give the winning party the most seats in order to achieve political consensus in the administration of the country's affairs.

"The preliminary results of the elections were a shock to all Shiite forces because they are not used to the hypothesis of loss and did not account for the changes the new electoral law, which adopted multiple constituencies instead of one district, made. So, until the moment, it is not clear whether we return to the circle of consensus, or we will move towards a new balance that spawns a majority government," said Iyad al-Anbar, a political expert.

"There is no choice but to wait for the final results of the elections to be ratified so that the real negotiations begin. Then, we will have a clear view about the party that will form the government, whether it will be a strong partnership or a partnership of numbers only that has no political agenda," he continued.

"To escape the political crisis, a true plan shall be presented. The strength of the next government will be a criterion in achieving many of the topics that the people aspire to, rather than meeting the demands of the political blocs," he said.

Al-Anbar added, "There are two pathways to get out of the political impasse: the first is to build a majority government, and the losing forces should either move to opposition or boycott the political process, rather than making escalation statements. The second is to form a new government per a new political project that presents several principles, such as amending the constitution, managing the state resources, and fighting corruption."

"The only escalation they can make is storming green zone. Otherwise, nothing would happen," he said.

According to Ali al-Sahib, an expert in Iraqi affairs and member of the Regional Center for Studies, "the gravity of the political conflict is rising exponentially. It began with political defamation and ended up with political assassination. Between this and that, the rags of democracy and patriotism fell. We have always known politics to be the art of the possible; yet, in Iraq, it has become the art of deceit and empowerment, and the dialectic of the election outcomes will continue as long as some sides do not want to achieve understandings as much as they seek differences."

"Some of the opposing parties, despite belonging to one component, do not intend to embrace the other and reach a starting point toward forming a government regardless of its type (majority or consensus)," he stated.

"On one hand, we have not yet reached this stage because there is no genuine desire and sincere intention. On the other, the political scene is confused with the temperament and conflicting statements of the Independent High Electoral Commission (IHEC) since the day the elections were announced," he continued.

Al-Sahib warned, "this means that we are on the verge of total political chaos, and stakeholders, whether the Federal Court or the Presidency of the Republic, should assess the severity of the political situation and make the right decision."

"Most of these forces have armed factions, while the security situation in the country remains shaky and troubling. From time to time, we witness security breaches as everyone knows that terrorism has bases that already exist, so everyone must realize that the security situation is about to hit rock bottom,” he continued, "the initiatives launched by blocs’ leaders do not work because they are made by major players of the status quo. I see that as long as the dispute is now confined between the Shiite house parties, the solution is in the hand of the religious authority."

"The religious authority may play the role of savior in this complex environment," he continued, "particularly since it has always solved a lot of problems, especially since it has the respect of everyone and can be a strong and crucial actor in the dilemma that is beginning to arise."

"On the other hand, the Federal Court can play an important and effective role in issuing a compelling decision for all the parties and settle the issue of the largest bloc or who is entitled to form a government, as differences will not be limited to election results. Also, we may see another disagreement over the larger bloc that may pull us back to square one."

"The Religious authority and the Federal Court judges must intervene to find a swift solution to these differences that could take us down a dark path and fuel strife and conflict," al-Sahib concluded.

No way out as Iraq’s dangerous post-election impasse deepens