Climate Change Has Decimated this Once Popular Iraq Lake-Report 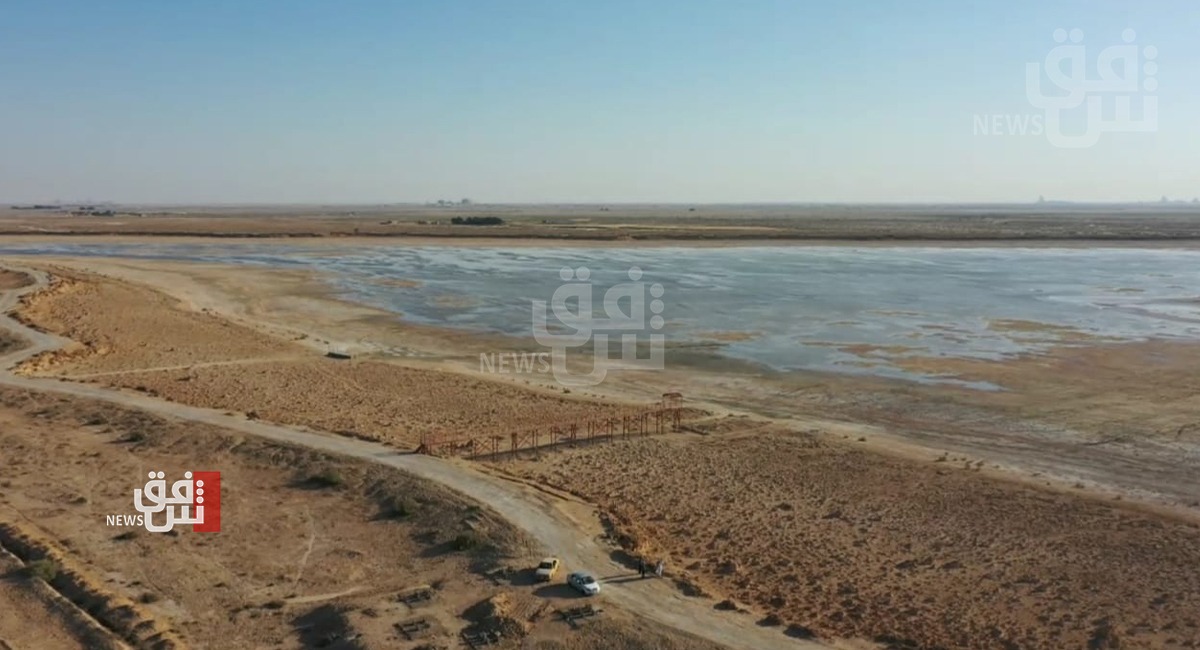 Shafaq News / Iraq's Lake Sawa is no longer. The lake, which was located west of Samawa in Iraq's Muthana Province, has disappeared due to climate change-induced drought and groundwater harvesting for agricultural and industrial purposes.

Lake Sawa existed in a closed basin, meaning it wasn't fed by any river or stream, which helped to make a rise in salt concentration and encroaching sandstorms detrimental to the lake's existence. Once home to at least 31 bird species and a hub for fishing and recreation, now all that is left cracked, dry soil with a small pond in the middle. Abandoned hotels and tourist facilities speckle the shoreline.

“In previous years, the water area had decreased during the dry seasons. But this year, for the first time, the lake has completely disappeared," environmental activist Husam Subhi said. "This is a clear indication of the impact of climate change on the region.”

Climate change, rising temperatures and illegal wells are to blame, ArabNews.com reported. The province has seen three years of drought, which significantly contributed to the lake's disappearance. The government also blamed nearby cement and salt factories which drained the groundwater that typically feeds Lake Sawa.

Muthana Province environmental department head Youssef Jabbar stressed in an interview with AFP that measures need to be taken such as stopping wells and industrial projects. He is hopeful that groundwater may return to the lake. But for Sawa to be saved, the region would also need to experience several seasons of abundant rainfall. Sawa's rainfall has been 30% of average over the last several years, according to ArabNews.com.

Iraq's extreme vulnerability to climate change can be seen in the rapidly declined rainfall rates, which according to the Climate Change Knowledge Portal, have fallen to between 25% to 65% below normal levels, leading to prolonged drought periods.

Iraq’s ancient buildings are being destroyed by climate change

A new record.. More than 230 days of a government-less Iraq and the 2010 scenario is repeated

Conservative groups seek to shut down concerts in Iraq

JP: Will Turkey’s endless war in Iraq ever end?

In a 'dangerous' land: tourists trickle back to Iraq