Asa'ib Ahl al-Haq and al-Fatah: the dynamics and strategy of Iran's allies in the upcoming elections 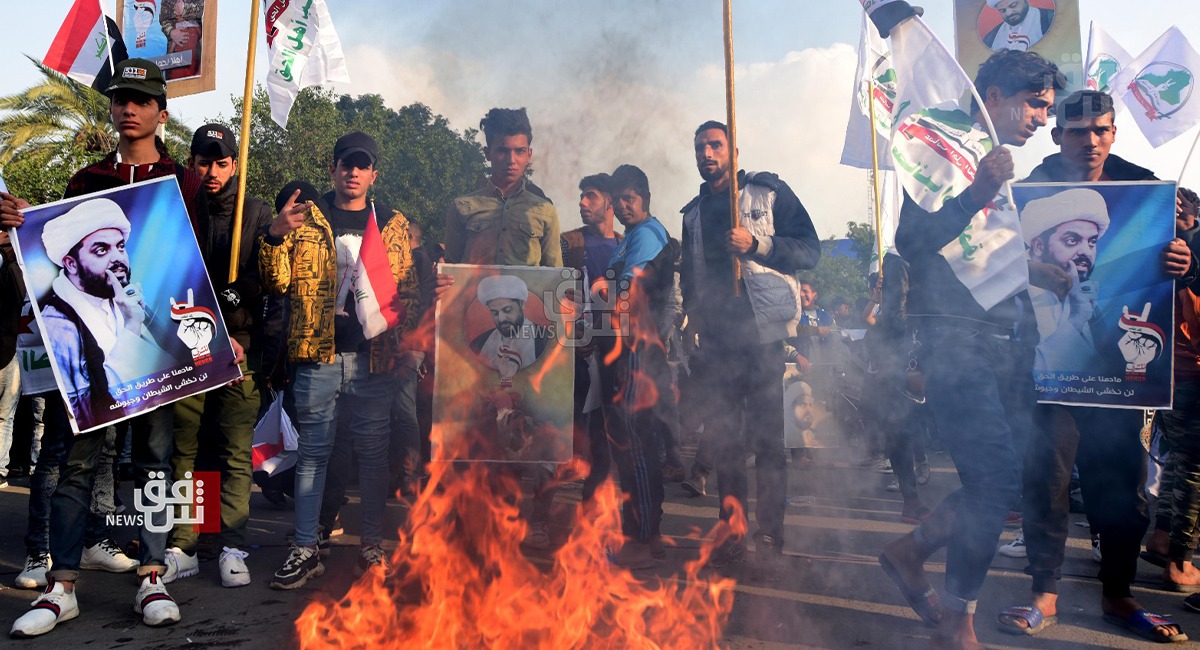 Shafaq News / Over a relatively short period, the Asa'ib Ahl al-Haq movement was able to lay a foot and win 15 parliamentary seats in the 2018 elections after it had a single seat solely in the 2014 elections. However, the upcoming 2021 elections will have different accounts.

Of course, al-Sadiqoun bloc, a part of Qais al-Khazali's Asa'ib Ahl al-Haq movement, is seeking more seats in the October elections, but it seems that the understandings with Hadi al-Ameri's al-Fatah Alliance could give rise to new facts to the table.

Al-Sadiquon bloc appears to be melted into al-Fatah Alliance. Although, however, it named 17 candidates, al-Fatah seems that it will run as a unified bloc that encompasses four key forces, Badr Organization, al-Sadiqoun, al-Sanad, and Nusaheh.

This understanding, or settlement, raises big question marks about the motives for such a remarkable political "sacrifice" on the part of Asa'ib Ahl al-Haq, and whether it is temporary or permanent. From the outside, it seems to be an attempt to ensure that al-Fatah tops the list of winning rosters, after finishing second in the 2018 elections behind Muqtada al-Sadr's Alliance. This conquest put the pro-Iran Alliance in a stronger parliamentary position to determine the course of the new government. In other words, it might be a tactic by Asa'ib Ahl al-Haq to preclude any parliamentary majority that the Sadrists may get.

It is noteworthy that al-Khazali was a prominent contributor to forming the Mahdi Army with al-Sadr before defecting from it and forming Asa'ib Ahl al-Haq later.

Muqtada al-Sadr's reversal of his decision to boycott the elections adds up a new challenge to al-Fatah's strategy. It also poses a test of the solidity of the Alliance known for its close ties to Iran.

Al-Sadiqoun bloc, the political wing of Asa'ib Ahl al-Haq, has run in the previous elections as an independent bloc, despite being part of Shiite alliances such as the National Alliance, the State of Law Coalition, or al-Fatah. However, in the upcoming elections, it will run as part of the al-Fatah whose strategy is to leave one district to one candidate and prevent any of its candidates from competing for any seat for fear of dispersing votes, thereby allowing rival candidates to win.

Many things changed between the 2014 and 2018 elections to the 2021 elections. Asa'ib Ahl al-Haq, which had only one seat seven years ago, had 15 in 2018; an increase that observers attribute to two main factors: first, the Iranian support and its consequent inclusion into al-Hashed al-Shaabi (Popular Mobilization Forces-P.M.F.), which receive regular government funding. Those favorable circumstances have enabled its permeation into society, particularly after taking over the Ministry of Labor and Social Affairs. Second, its prominent role in the fight against ISIS, which yielded additional electoral sympathy, translated into the 2018 ballot box.

It is unclear whether this popular momentum will remain in the October elections, which may explain its inclusion in the al-Fatah list.

Al-Asaib's relations with Prime Minister Mustafa al-Kadhimi have also soured, and U.S. hostility to it has escalated.

In 2019, the U.S. Treasury Department placed Qais al-Khazali on the sanctions list, and the U.S. State Department designated Asa'ib Ahl al-Haq as a foreign terrorist organization in 2020, and Qais Khazali, along with his brother, Laith, became on the U.S. "global terrorists" lists as "violent agents of the Republic of Iran", trained and funded by the Iranian Quds Force.

In addition, Qais Khazali announced in a televised interview in November 2020 that the truce with U.S. forces is over.

One of Asa'ib Ahl al-Haq's leaders told Shafaq News agency that they hope that the party's positions against the Western intervention in Iraqi affairs and its willingness to resist it will contribute to improving its image as a real national Iraqi force.

So, according to the leader, its association with Iran, which is sometimes used against it, is nothing but an ideological link that is necessary to resist foreign interventions in the region.

Asa'ib Ahl al-Haq's leader, Qais al-Khazali, seems to be more hawkish. In contrast, for many, al-Amiri seems more pragmatic in the domestic political game, which could widen the margin for winning additional electoral votes.

"The main variable of our participation in the elections from what it was in 2018 is that our candidates do not represent al-Sadiqoun bloc, but only al-Fatah alliance. We have also directed our audience to elect al-Fatah candidates, whether it is the candidate from our movement or the rest of the blocs in the Alliance. We believe that we will remain within al-Fatah Alliance more than our approach to the party framework," stated Mahmoud al-Rubaie, a member of the movement's political body and spokesman.

"Al-Fatah Alliance will participate in the elections as a unified bloc, under which four key forces, the Badr Organization, al-Sadiqoun bloc, al-Sanad, and Nusaheh, which includes three political blocs, al-Amal al-Islami, al-Jihad and al-Binaa, and the Supreme Council, each of which has a long history of countering terrorism, especially in the liberation battles against ISIS, which is a common denominator among the blocs under the coalition's slogan," he added.

Al-Rubaie, who is close to al-Khazali, said that al-Fatah and its blocs are represented by 61 candidates divided into 60 constituencies into 15 governorates, i.e., all except the Kurdistan Region and Al-Anbar, "young candidates were included to add the change factor that meets the voters' ambitions."

On the Women quota in al-Sadiqoun bloc,

Al-Rubaie confirmed that his bloc named five female candidates pursuant to the criteria of the electoral and government program adopted by the al-Fatah alliance in its election campaign.

Al-Rubaie, who is authorized to make statements about al-Sadiqoun's electoral affairs, said that his movement and the list emanating from it believe that al-Fatah leader, Hadi al-Amiri, is the most appropriate person to take over the premiership in the next government. However, the issue remains with the election results, "if al-Fatah gets 56-60 parliamentary seats, then it can form a comfortable majority in cooperation with coalitions consistent with its government agenda."

Al-Sadiqoun's spokesman said that the bloc's position on al-Kadhimi had not changed as he had not succeeded in many of the files assigned to him, "He did not give the Iraqis what they needed. Instead, he increased the depth of the crises. Thus, it is difficult for us to support extending his mandate to a second term."

"Things are moving towards the best, especially since most commission members are judges, which boosts their integrity. We see the keenness of the majority of the forces participating in the elections to ensure its success, and we believe the situation will only be better," al-Rubaie told Shafaq News agency.

It is noteworthy that the al-Fatah Alliance ran in the previous elections with many Islamic parties and resistance factions that fought ISIS on board; the Badr Organization, al-Sadiqoun bloc, Islamic Supreme Council of Iraq, al-Jihad and al-Binaa, Muntasirun bloc, Islamic Taleaa Party, Democratic al-Shabak Assembly, al-Adala, al-Wehda, and other parties and blocs.