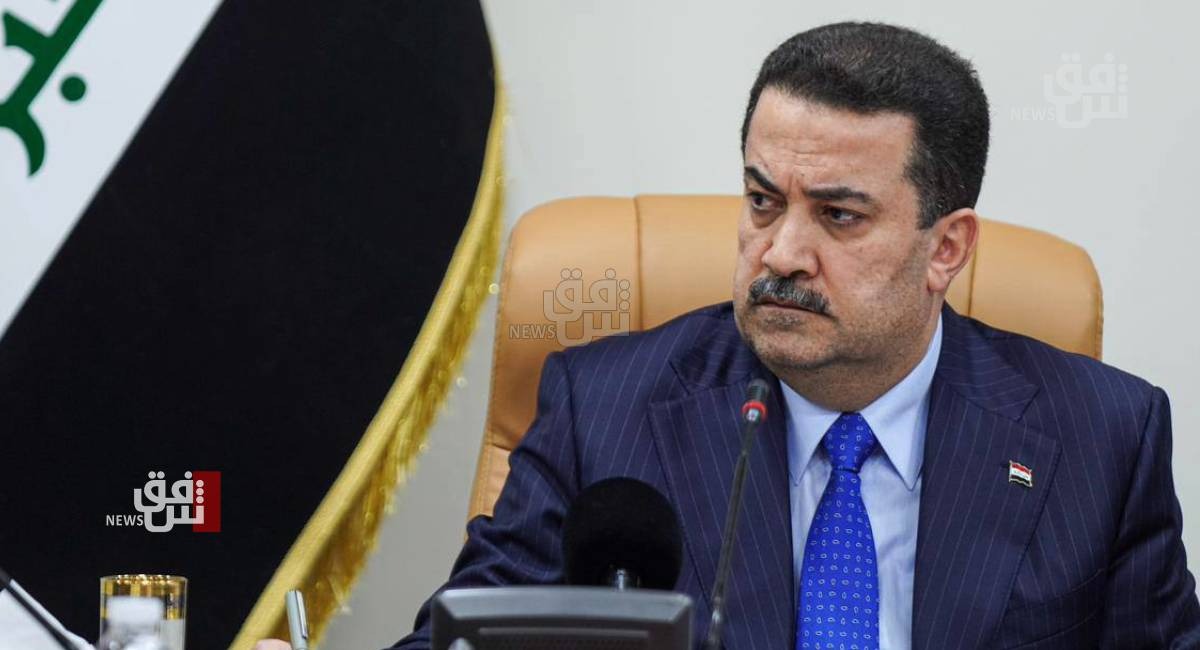 Shafaq News / When Prime Minister Mohammad Shia al-Sudani took his oath over three months ago, he assumed responsibility for a set of unprecedented challenges ranging from an economic crisis to a nation reeling from political and ethnic divisions.

As a candidate and prime minister-designate, he had promised a series of swift and sweeping actions to address the range of challenges he inherited.

Being called upon in one of Iraq's darkest hours in its modern history, al-Sudani evoked the Dunkirk spirit that capped off an entire year of political unrest. Approaching his 100th day in office, al-Sudani has demonstrated an array of traits that were little known to the public despite two tenures as a minister.

Following a prolonged political impasse that lasted more than a year and stark disagreements between the main political axes, Al-Sudani was appointed to lead the Iraqi government. He was chosen by the President of the Republic on October 13 to form the cabinet immediately following his election, and on October 27, he was awarded confidence by the Iraqi Parliament.

Al-Sudani is known to be a tireless worker; a trait he developed after his father's execution when his mother became the family's sole support and later when he grew up to help her. Abu Mustafa, who was close to al-Sudani's family, believes that this upbringing rendered him a staunch proponent of pro-poor policies.

It is known that Al-Sudani was not linked to any corruption allegations when serving as the director of agriculture in Maysan or as the mayor of Amara, where he was in charge of creating the city's master plan.

Al-Sudani is said to get up at five in the morning and work until sunset. He is regarded as being strict about his work and rather steadfast, making it difficult to persuade him to change his mind unless you have a compelling argument.

Despite this steadfastness, al-Sudani is characterized by political pragmatism. He strives to gain the most supporters and friends possible, avoids offending others, and tends to align with the more powerful party to accomplish his objectives.

Observers note that al-Sudani, who took office at the end of last October, recorded a wide movement at the international level, despite the relatively brief period, from Amman to Kuwait and Tehran to Riyadh, where he participated in the Arab-Chinese summit, then to the "Baghdad-2" conference in Jordan, and just a few days ago to Germany, where he finalized significant agreements, and resolving Iraq's complex electrical crisis in agreement with Siemens.

Al-Sudani has made three essential declarations during the last few days. First, he insisted on calling it the "Arabian Gulf" despite opposition from Iranian parties. Second, he told the American "Wall Street Journal" how crucial it was to maintain the "Global Coalition forces" and how direly Iraq needed them, and third, he went to "Siemens" to secure the electricity plan, which means Iran will lose out on the opportunity to sell gas to Iraq.

Moreover, three private sources claim that al-Sudani has no external allegiances but instead strives to use Western capabilities and knowledge as well as major nations' influence to forward his agenda. He also appears to be particularly interested in China's agreement with Iraq.

Between al-Maliki and al-Sadr

Even though many observers had foreseen that al-Sudani would face challenging times once in office, given the circumstances surrounding the formation of his government, it is remarkable that Sadrist leader Muqtada al-Sadr has not yet targeted him or his administration. This has led some Western observers to believe that al-Sudani does not want to "awaken the dragon" in reference to al-Sadr.

Furthermore, the initial scene after the nomination of al-Sudani argued that the latter would begin to "trim the nails" of the Sadrist movement in state departments and institutions, given that the political background from which al-Sudani came linked him to former Prime Minister Nouri al-Maliki, who is known for his deep disagreement with the Sadrists.

Al-Sudani, according to some observers, "lives in al-Maliki robes", but the events of the past 100 days and the leaks from behind the scenes contradict that assertion. Instead, they show numerous crossovers between the two sides.

Private sources revealed, "Conflicts between the leaders of the Coordination Framework and al-Sudani because the latter made various decisions without consulting the leadership body in the framework, which infuriated and alienated those leaders."

According to sources close to al-Sudani, the prime minister has started to look towards al-Hannana and Erbil within the confines of his political pragmatism, and has stopped relying on the Sunnis, who are embroiled in a bitter dispute, in light of the recent tensions within the forces of the Coordination Framework and the pressure al-Maliki and his wing have placed on al-Sudani.

The sources added that Qais al-Khazali, the leader of Asaib Ahl al-Haq, is the Framework's closest and most ardent ally with al-Sudani's administration.

The two visits to Baghdad made by Masrour Barzani, the president of the regional government, and Nechirvan Barzani, the president of the Kurdistan Region, the first in November and the second last week, and their meetings with al-Sudani in particular, may have marked the beginning of a new era in the relationship between the federal and regional governments.

Nechirvan Barzani's visit, according to a statement from Kurdistan's Presidency, was focused on collaboration efforts to support al-Sudani's administration and work to resolve the remaining issues between Erbil and Baghdad, starting with Article 140 of the constitution, the budget, and financial obligations, the situation in Sinjar, as well as the issues facing the entire nation through dialogue and based on the constitution.

Nechirvan Barzani delivered a poignant message to his host, stating that Kurdistan's leadership will continue to be a source of safety and stability for Iraq and the region, and that it looks forward to developing its relations with them per the principles of mutual respect, good neighborliness, and shared interests. "In order to solve the internal and external problems in the region, we deem it necessary to resort to dialogue, understanding, and the adoption of peaceful solutions, and Kurdistan's leadership is ready to play a positive and constructive role in this context."

The January 11 visit of Masrour Barzani, who led a high-level delegation to Baghdad, led to preliminary understandings to resolve problems with the federal government.

Masrour Barzani stated that during his discussions in Baghdad, he noticed a favorable attitude and a good opportunity to work with the federal government to resolve issues following the constitution.

At the forefront of the disputes between Baghdad and the Kurdistan Region, which span years and multiple governments, are the draft federal budget law and the region's share in it, the draft federal oil and gas law, the rights of the Peshmerga and their constitutional entitlements, the implementation of Article 140 of the constitution, the normalization of the situation in Kurdish territories outside the Kurdistan regional government's administration, and the implementation of the Sinjar agreement.

These understandings may indicate that Al-Sudani is keen to consolidate trust with the leadership in Erbil, to secure a more stable political path for his government during his tenure. But, on the other hand, they could also reflect an awareness of the seriousness of the outstanding files between Baghdad and Erbil and, therefore, the need to seek to address them, as the success of the federal government during its next three years may also be contingent on the establishment of the relationship and solving the problems facing the Kurdistan Region as well.

Al-Sudani, both as prime minister at the moment and in the past through his cabinet roles, is said to never make a decision without considering all options and turning to experts for advice.

Moreover, despite being a member of the Dawa Party, sources claim that al-Sudani has liberal values and tendencies. He also wants to benefit from Western technology, economy, and politics.

According to the sources, Al-Sudani intends to accomplish real, concrete goals for the people during the first year of his administration while also reviving the shuttered factories through collaboration with the private sector. If this goal is accomplished, he will expand his support base for the upcoming elections because he wants to be present within the forces of coordination rather than just as an individual.

The sources also noted that al-Sudani is not rushing to revive the provincial councils since he hopes to run for the councils with his political movement, which necessitates first building a mass base of supporters.

"As he strives to ensure the continuity of his full term, not, as previous media leaks indicated, that his term will focus on just six months or until early elections are finished, the Iraqi Prime Minister tends to solve problems through dialogue away from tension and the media, and he tries to agree with all parties."

Three hundred days of impasse in Iraq: a new election.. or a new regime?

Iraq's post-Arba'een phase: where to now?