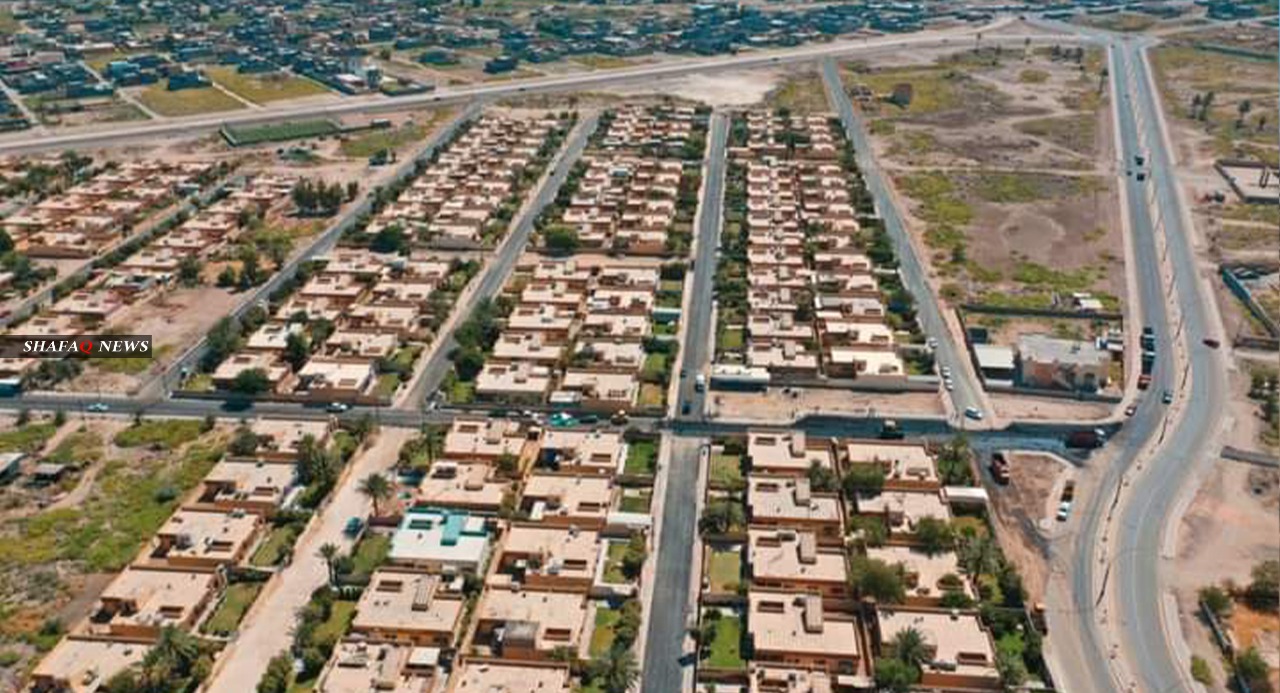 Shafaq News/ Al-Habbaniyah, a city located between Fallujah and Ramadi and is one of the successful coexistence examples that overcame Al-Qaeda and then ISIS’s poisons; with its unique society. It is unlike the rest of Al-Anbar's 13 main cities.. Al-Habbaniyah has a multiplicity of sects, religions, and nationalities, including Sunni, Shiite, Kurdish, and Christian.

The city's residents are still proud of their town, as it represents a small Iraq -although the number of its sects reduced significantly in recent years, especially after several European countries opened asylum for non-Muslim Iraqis. Al-Habbaniyah’s economy was damaged –due to ISIS’s siege on the city, as it failed to occupy it.

Al-Habbaniyah has a population of nearly 70,000, and is bordered by Fallujah in the east, Ramadi in the west, Al-Habbaniyah’s tourist lake in the south, and surrounded by the international highway linking Baghdad, Damascus, and Amman.

Al-Habbaniyah -despite its stability in all security and social aspects, suffers from countless problems; starting with the lack of health services, as there is no medical center nor a hospital in the whole city. The patients are forced to move to Ramadi or Fallujah for treatment -even for emergencies.. Al-Habbaniyah still has the same infrastructure constructed in the 1950s, such as sewage, water, and power lines -apart from roads exhausted by cracking.

The city's residents are asking the local authorities in Al-Anbar to pay attention to them –just like other cities..A local official in Al-Habbaniyah confirmed to Shafaq News agency that the focus of rehabilitation and reconstruction campaigns -whether those carried out by the government from the reconstruction fund or through foreign and international organizations- on cities that were occupied and destroyed by ISIS. While the cities that withstood ISIS, endured waves of displaced people fleeing from other cities, and endured the siege and mortar shells; while the living situation in Al-Habbaniyah is declining, as most of its citizens are low-income, and half of its population is below the poverty line.

The city's first pre-World War I church, a Catholic church, was built several times..And nearby, there is St.George’s Church -soon preparing to celebrate its 90th anniversary. On the same street, An old-fashioned, built according to the 1950s architecture, Hussainiyah (a congregation hall for Twelver Shia Muslim commemoration ceremonies, especially those associated with the mourning of Muharram) is located, only 500 meters away from the “Hasb Allah” mosque –named after those who built it.

Al-Habbaniyah is the hometown of many important Iraqi figures, most notably Ammu Baba, Shadrak Yusuf, Dakels Aziz, Ayoub Odicho, teachers who participated in writing Iraqi curricula during the 1960s like Hussein Najim and Dr. Ali Mandalawi, army generals during Abdul Karim Qasim’s era like Brig. Ahmed Amin Al-Jaf, and others.

Ahmed Subhi Hussein, hails from The City of Amarah and has lived in Habbaniyah since the 1980s, said to Shafaq News agency that he does not think of leaving Al-Habbaniyah, “I feel like I am in Amarah and I have not been subjected during all these years to any kind of harassment. My wife is from Al-Anbar and two of my sons got married here, my daughter as well is married to a man from Al-Anbar”, Ahmed added that the city is like a small Iraq, unchangeable by the influences of other regions, "We are saddened by what is happening in Abu Sayda and other cities in Diyala, we hope they will take Al-Habbaniyah’s experience as an example and decide to live in peace.. here, if we hear loud voices, it means there is a session of evening chat and domino on one of the residential buildings’ roofs among its inhabitants”.

Qusay Rommel came late to the city, he moved to Al-Habbaniyah in 2010 after the attack on the Our Lady of Salvation Church in Baghdad.. He told Shafaq News agency that during all these years, no one asked me about anything personal regarding my religion, my actions, or my family; now I share the religious occasions with the city's people, as well as their holidays and condolence councils, "People here are very civilian and conscious, they are open to the other and have clean hearts”.

He said that his son Yusuf is studying at a school in Al-Habbaniyah, and he would never agree to move to Baghdad and leave his classmates.

In Al-Habbaniyah, one of the largest military bases in Iraq –Al-Habbaniyah Base, is located. Constructed by British forces at the beginning of the last century, and witnessed all of Iraq’s events during the past decades. Due to it, the unique social diversity in the city is found, as the military base attracted officers, soldiers, technicians, and service workers from all around the country. Its nature and location -80 km away from Baghdad, made it a settlement factor since the 1940s.