A "unique" international movement in 12 countries: "stop violence and intimidation in Iraq" 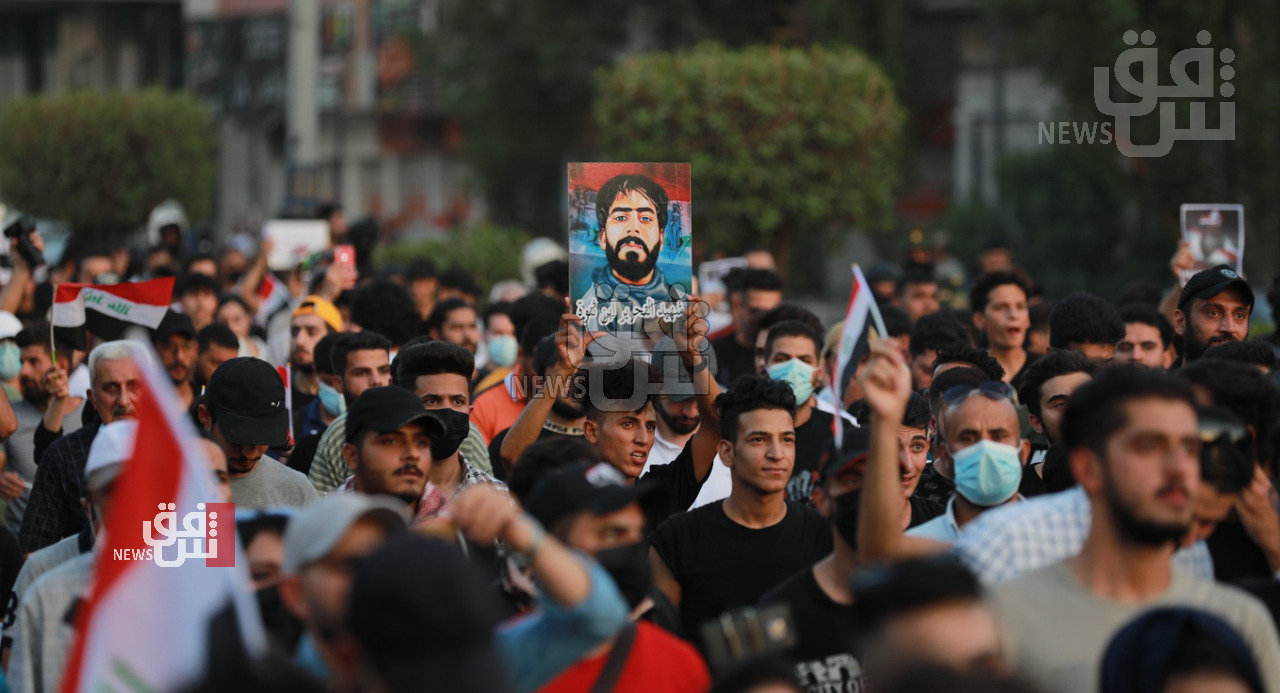 Shafaq News / Under the slogan "End Impunity in Iraq", marches were organized by Iraqi activists worldwide to inform the international community of the abduction, murder, violence, and violation of human rights that Iraq has been witnessing.

The marchers did not seek the help of human rights and international organizations that have not provided solutions over the past years.

Iraqi protesters in Baghdad and the world have called on the international community to put more pressure on the Iraqi authorities, forcing them to respect the law, activate accountability, and put an end to murders, corruption, and human rights violations in Iraq.

At least 16 cities across 12 countries around the world witnessed Iraqi marches in which Iraqi flags were raised, the state's national anthem was chanted, and pictures of assassinated activists were raised such as Hisham al-Hashimi, Ahmed Abdul Samad, Reham, Safaa al-Saray, and others.

Among the world's cities that have witnessed "Ending Impunity in Iraq" marches are Washington and other U.S. cities, Toronto, Melbourne, Paris, London, Geneva, The Hague, Malmö, Copenhagen, Helsinki, Brussels, Dublin, and Amsterdam.

The Iraqi scene did not spare the registration of its name as an actor of spatial and temporal importance from organizing a similar march, where dozens of activists and hundreds of citizens gathered in the Al-Firdaws Square and then marched to the Al-Tahrir Square, the starting point of the October 2019 demonstrations in Baghdad, amid tight security measures, including blocking several roads leading to the march site.

Erbil, the capital of the Kurdistan Region, witnessed a similar gathering as well.

The purpose of the campaign

Activists involved in the campaign told Shafaq News agency that the campaign's purpose is to stand at the forefront of efforts, lead local and international initiatives themselves, provide critical solutions in strengthening their state and institutions, and enabling them to hold accountable those involved in murder, destruction, and waste of resources without excluding any of them.

"Failure and corruption in Iraq have led to the death and displacement of millions of Iraqis, and no one has ever been held accountable," a blogger supporting the campaign tweeted.

In their statements, the marches' organizers also stressed the need to unite Iraqis around the goal of placing human value first and ensuring that security and future are at the forefront of priorities, and focusing and pushing the international community to meet with them on this significant priority by imposing an end to impunity; a realistic and an achievable goal, but it requires a loud voice and an effective influence to decrease the years of chaos and devastation that are yet to come.

"The task does not end with finding the perpetrators of these crimes. Rather, the state must be held accountable for allowing impunity or encouraging the climate in which these crimes flourish," tweeted another supporter of the campaign.

The first of its kind

This campaign is the first of its kind since tents set up by anti-political demonstrators in the country, in general, were removed in Baghdad and other cities due to the outbreak of the COVID-19 pandemic early last year.

The movement began promoting "Ending Impunity" through social media more than a month ago and has received a strong response from Iraqi communities in many Western countries.

The marches, entitled "Ending Impunity", were consolidated with banners printed in several languages in an attempt to draw the world's attention to the violations and crimes taking place in Iraq, particularly against activists and civil forces calling for reforms and law enforcement.

This coincided with the Iraqi authorities' repudiation of promises to reveal the identity of the killers of the demonstrators and those involved in the assassination of civilian activists and corruption cases.

The hashtag #Endimpunity was issued and widespread in Iraq. It was shared by more than 23,000 Twitter users and mentioned in tens of thousands of posts on other social media sites.

Through this hashtag, tweeters and bloggers posted photos and videos of their participation in today's marches, as well as the dissemination of some of the information and facts they have suffered in Iraq, in various languages.

The bloggers urged the international community to intervene and pressure the Iraqi authorities to end impunity, kidnapping, murder, corruption, protect human rights, and establish a civil democratic state that rejects violence and the power of arms.