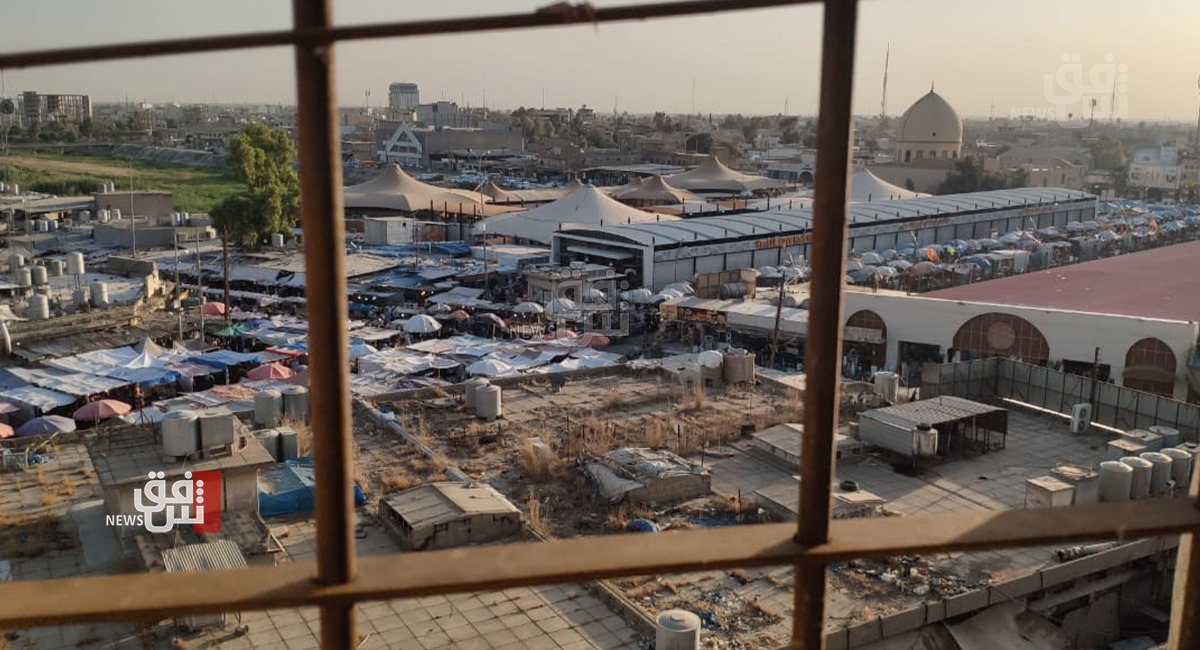 Shafaq News / In the aftermath of the ISIS ambush that killed 13 federal police officers, major questions resurfaced regarding the security gaps that enable terrorists to wage deadly strikes against the security forces with the political authorities not moving a budge.

Nearly two million people are on the payroll of the army, police, national security, al-Hashd al-Shaabi (Popular Mobilization Forces-PMF), intelligence, and Counter-Terrorism-Service. The latest budget allocated nearly 19 billion dollars to all security forces, not to mention direct military assistance from the allies of Iraq.

In light of these facts, the question becomes more urgent, and credible answers are required from those responsible for the persistence of the security gaps, which some political and security officials deem eradicable if Mustafa al-Kadhimi's government takes serious steps toward this conquest. Putting competent and brave commanders in charge of those security gaps can be a good start, in conjunction with the proper equipping and well-coordinated cooperation with the Peshmerga forces.

Officials and military leaders have always warned of the remote areas where ISIS sleeper cells can move freely, particularly in Qarah Dagh, Abu Khanjar, Zaghaiton, the Hamrin Mountains,…etc. The seemingly effortless capability to move has allowed them to attack Kirkuk, adjacent to Saladin and Diyala governorates, ISIS strongholds before its defeat.

The question, therefore, is to determine who benefits from allowing security gaps to continue in Kirkuk. But the main problem, however, is that different political, military, and intelligence parties are hurling recriminations, while the federal government in Baghdad does nothing to address this tense situation, despite its direct responsibility, especially since the army and the PMF took over Kirkuk in 2017 in the wake of the distress between Baghdad and Erbil.

Kirkuk Governor Rakan Saeed al-Jubouri acknowledged that the ways to counter terrorism in the governorate are wrong, calling for an emergency session of the National Security Council in the wake of the attacks in the al-Rashad sub-district, south of Kirkuk, which killed 13 people in an ISIS attack that began with gunfire at a federal police checkpoint, followed by three bomb attacks targeting a military convoy heading to support the defending unit.

"The security situation was diagnosed by the High-Security Committee a long time ago. There are huge areas that are not covered. We have sent official letters elaborating the imbalances in those areas and how to address them," al-Jubouri stated, "areas in Qarah Dagh, Abu Khanjar, Zaghaiton, and the Hamrin Mountains, which are exploited by terrorism, and require direct intervention from the PM and a serious stand to stop the attacks there."

Khaled al-Mefraji, MP from Kirkuk, said, "terrorist militants will attack again. Not just in Kirkuk, but also in other governorates such as Saladin, al-Anbar, and Diyala. We hope that this situation will not be exploited politically. As we all know, there are enclaves that ISIS take seek shelter in to launch their terrorist acts, target the people, and undermine the security of the governorate."

He also pointed out that ISIS's sleeper cells may increase their movement due to the approaching date of the Iraqi elections in October, "Kirkuk is one of the governorates that has been registering high in elections turnout over the past years, and I think what happened will not change the determination of Kirkuk's people to choose who represents them."

"Some parties are trying to take advantage of the security escalation in the implementation of their agenda by demanding the recruitment of security forces from outside the governorate, specifically from Kurdistan, and the objectives are clear, namely, to change the administrative course of some areas and districts," he warned.

For his part, Turkmen Front chairman Arshad al-Salihi called for military reinforcements to be brought to Kirkuk, "We will not accept the involvement of any force to secure Kirkuk except federal forces."

However, Judge Imad Al-Saqer, one of Kirkuk's elders, said, "there is more than one reason behind the escalation of security events in Kirkuk. Observing the events makes us note that the security escalation usually targets the border area between Kirkuk, Saladin, and Diyala. Therefore, those escalations are warnings to those cities that they can be targeted by conflicts that usually generate a security gap exploited by ISIS."

He added that the security forces protecting the administrative borders with Kirkuk blamed each other for security responsibility, similar to what had recently happened in the al-Rashad sub-district, as each side blamed its counterpart in the nearby governorate.

Al-Saqer continued, "Kirkuk shares administrative borders with Diyala, Saladin, and al-Sulaymaniyah. The common area of these borders is larger than the Nineveh Plain's and is, therefore, an open arena for security conflict."

"Regional agendas adopted by influential political parties in the governorate are aimed to create chaos in Kirkuk so that its identity can be redefined according to its new demographics," an informed source told Shafaq News agency.

The source continued, "Security breaches are the responsibility of all the security agencies involved in managing Kirkuk's security file. It is unreasonable to assign the governorate's security to leaders accused of killing thousands of volunteers on the days of the fall of Mosul to ISIS. We call on the commander-in-chief to change the security leadership concerned with Kirkuk's security, because the next breach might be much worse."

"The withdrawal of the Peshmerga and Asayish from the Kirkuk security control file has left a clear void, as Kirkuk's borders need large security forces, the borders extending to Hamrin Mountains require concerted joint security efforts, as the people of the city know its soft points that ISIS may exploit," Patriotic Union of Kurdistan (PUK), MP Beston Zangana told Shafaq News agency.

Noting that it was not the first time ISIS had exploited security gaps, and it would not be the last, Zangana said, "We have repeatedly demanded that the presence of the Asayish and Peshmerga be as it was before the latter withdrew from the Governorate's security control in October 2017.

"The withdrawal of the Asayish and Peshmerga in coordination with the Iraqi army and police, who controlled the southeastern border of Kirkuk, created a clear security gap. Unfortunately, despite our many demands for the return of Kurdish forces to the governorate, no one heeded us during our meetings with the security leaders at the time. However, we renew our demands to form a brigade of Kirkuk's residents and include them in the defense and interior formations, to prevent the repeated targetings, especially as the date of the elections scheduled for October approaches," he added.

Zankana concluded, "Any flaw in the security file is borne by all those involved in it."

A policeman from Kirkuk ascends his royal hobby to professionalism

Kirkuk: ethnic balance on the verge of collapse ahead of the elections