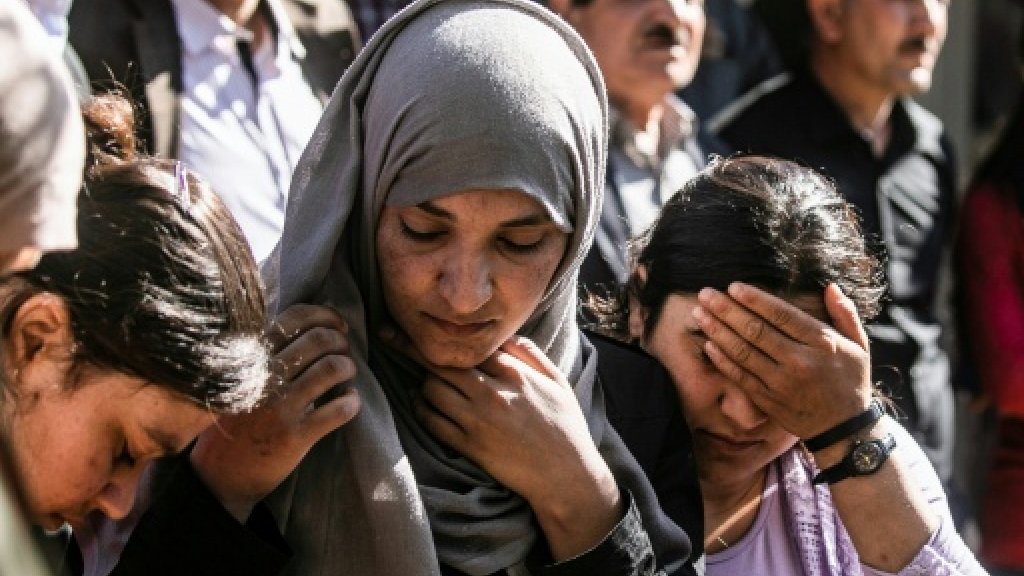 Syrian Kurds on Saturday repatriated 25 women and children from Iraq's Yazidi minority after freeing them during the final push against the Islamic State group, a local official said.

The US-backed fighters say they rescued some 300 Yazidi women and children during the fight to take the jihadists' last scrap of territory in eastern Syria.

"Today, we will hand over 25 people -- 10 women and 15 children -- to the Yazidi council in Sinjar," said Ziyad Rustam, an official with the Kurdish-run group Yazidi House, which reunites rescued Yazidi children with surviving relatives.

"They will be sent to their families," he told AFP.

At the Yazidi House headquarters in a village near the northeastern Syrian city of Qamishli, women wearing colourful robes collected children scampering around the compound before boarding busses bound for Sinjar, the Yazidi heartland in Iraq.

"The fate of my three sisters remains unknown... I don't know anything about them," said 17-year-old Jamila Haidar.

"I hope we will be reunited soon."

Iraq's Yazidis are a symbol of the suffering caused by the Islamic State (IS) group during its rein over vast swathes of Syria and Iraq.

The jihadists stormed through Iraq's northwest in 2014 slaughtering thousands of men and boys and abducting women and girls to be abused as sex slaves.

But they have since lost all of the once-sprawling cross-border "caliphate" to multiple offensive.

The Kurdish-led Syrian Democratic Forces last month announced the defeat of the IS proto-state after tens of thousands of people streamed out of the jihadists' last patch of territory, around the village of Baghouz near the Iraqi border.

Rustam said SDF had in total liberated 850 Yazidi women and children during its battles against IS since 2015.

But 3,040 Yazidis are still missing, he said, adding that the search for them was ongoing.

Rustam said the jihadists had "sold many of them to people inside Syria, in places like Idlib", most of which is held by a former Al-Qaeda affiliate.

Some of the Yazidis extracted from IS's last sliver of territory are being held at the Kurdish-run Al-Hol camp, which also houses jihadist family members.