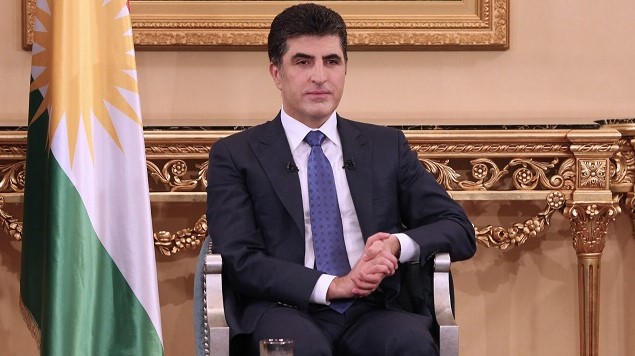 Shafaq News/ The President of Kurdistan Region, Nechirvan Barzani, confirmed today, Monday, that the region will coordinate with the Iraqi parliament and other relevant authorities inside and outside Baghdad to support the mission of "UNITAD".

The statement noted that, "Khan informed Barzani about the continuing efforts of UNITAD to achieve justice for victims of ISIS crimes in Iraq, despite security challenges and the outbreak of the Covid-19".

The statement added that, "Barzani, for his part, renewed his support for the UNITAD mission in Iraq", stressing that, "investigating ISIS crimes is one of the priorities of Kurdistan Region".

Barzani stressed that, "those who are involved in crimes against the people of Kurdistan and Iraq, as well as other crimes against Yazidis, Christians and other religious sects, will be brought to justice".

Kurdistan’s president indicated that, "the success of the UNITAD mission will be a clear and strong announcement to all perpetrators that they will be held accountable for their actions and that justice will be served to the families of the victims".

Barzani added that, "Kurdistan Region will coordinate with the Iraqi parliament and other relevant authorities, inside and outside Baghdad, to support UNITAD's mission; Particularly, to strengthen the legal framework of prosecution against ISIS perpetrators for genocide, crimes against humanity and war crimes".