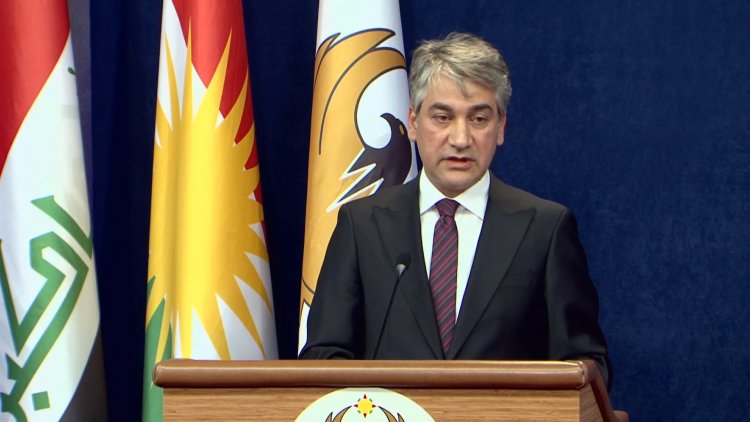 Shafaq News / Kurdistan Regional Government (KRG) expressed on Monday its refusal of using the salaries of employees and workers in the region in the private sector as a political pressure card being used by the influential parties in the federal government in Baghdad.

This came in a press conference held today by government spokesman ,Jutiar Adel after the meeting of the Kurdish blocs in the Iraqi parliament with the government delegation negotiating for the federal government.

Adel said during the conference that the meeting was positive in which a set of points was reached, including: Continued coordination and cooperation between the Kurdish blocs in the Iraqi parliament and the negotiating committee.

He added that it was emphasized in the meeting that the issue of employee’s salaries and the income of the people of Kurdistan should not be used as a pressure card as political auctions.

Adel added that KRG is committed to financial and oil agreements within the framework of the results of the understandings with the Federal Government at the end of 2019.

"We are sure and have every confidence that our demands are legal and true within the framework of financial rights and what relates to employee salaries," calling for legislation of the oil and gas law to solve problems and clarify powers between the two parties.