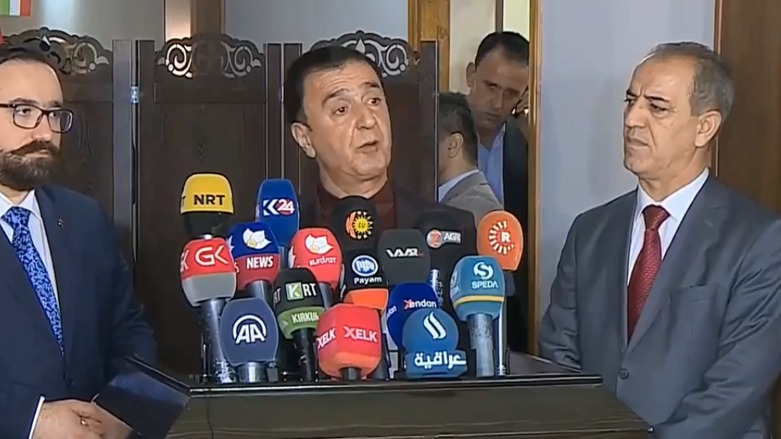 Shafaq News / The Minister of Transportation of Kurdistan Region, Ann Johar announced on Thursday allowing "taxi" taxi drivers to resume their work in the four provinces of the region while committing to the instructions and preventive measures against Corona virus.

Johar said in a press conference today, that after taking the opinion of the Supreme Committee to combat Corona virus, and the heads of local governments in the four governorates and the two independent departments, "Raparin and Garmiyan", it was decided to restart taxi lines.

The Ministry has set 7 conditions for the return of taxis to practice their work. As follows”

* The taxi driver must wear masks and gloves continuously while working.

* Only two passengers are allowed in the taxi and to sit in the back seat.

* The taxi driver is not allowed to pick up any passenger who does not wear a mask and gloves.

* Movement between the provinces of the region will be in accordance with the instructions issued by the Ministry of Interior, especially the electronic license system.

* Taxi drivers are required to leave the windows open if the weather is good.

These decisions do not include big and small buses because the Ministry of Health still does not allow them to carry out their work.

The statement issued by the Ministry of Transport called on the Ministry of Interior, especially the traffic police, to hold accountable any taxi driver who does not abide by these conditions and instructions.

The Ministry confirmed that the decision to resume work for taxi drivers will enter into force on 24/4/2020.

Kurdish-Iraqi negotiations to be resumed in Baghdad

KRG devises a plan to develop Tourism in Kurdistan: more than 60 projects, including car cable in Erbil