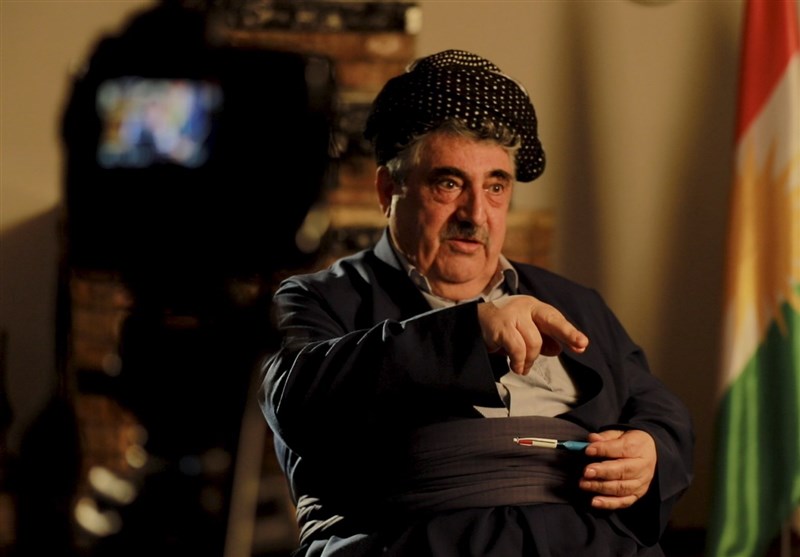 Shafaq News / The Secretary-General of Kurdistan Democratic Socialist Party, Muhammad al-Haj Mahmoud said that, if not for the leader of al-Quds Force in the Iranian Revolution Guard Qassem Soleimani, ISIS would have occupied Baghdad and Damascus, adding that a person like him would not come again within the next 20 years.

Hajj Mahmoud, known to the popular circles as "Kaka Hama", said in an interview with the official Iranian "Tasnim" agency that "Iran, Soleimani and his colleagues have a great influence in the war against ISIS and they played a special role in defeating ISIS. I think that if it wasn’t for Iran and Suleimani, Baghdad and Damascus would have been subject to ISIS occupation."

"There was confidence that these two capitals were in the grip of ISIS, but thanks to Iran , Russia came to the region, Hezbollah came to Syria and they defended this country. They also defended Iraq, where ISIS arrived in Abu Ghraib, near Karbala and elsewhere."

He added by saying that "Soleimani played a major role in one front in order to confront ISIS. He was a revolutionary and was able to make Iraq, Syria, Lebanon, Yemen and Afghanistan as one front under his leadership. These countries were in contact with Iran through Soleimani, "noting that Soleimani" was moving Hezbollah forces from Lebanon to Baghdad and Syria. He formed one axis in Syria, Yemen, and other regions that he was leading himself.

Kaka Hama went on saying , "When ISIS first arrived in Mosul, a delegation from Iran came to Kurdistan Region and met all the movements and groups in the region's government. They warned of the danger of ISIS, but some movements believed that ISIS mission was to go to Baghdad and would not come to Kurdistan The groups didn’t show great interest in the clarifications of this delegation, but when ISIS attacked and reached Makhmur, Koir, Kirkuk and other regions, it was the first country –to come even before the United States and Europe arrived at Erbil Airport – it is Iran. Soleimani came with 70 military experts and three shipments of ammunition to counter ISIS, and cooperated with Peshmerga forces. "