Erbil announces a new mechanism after lifting the strict curfew 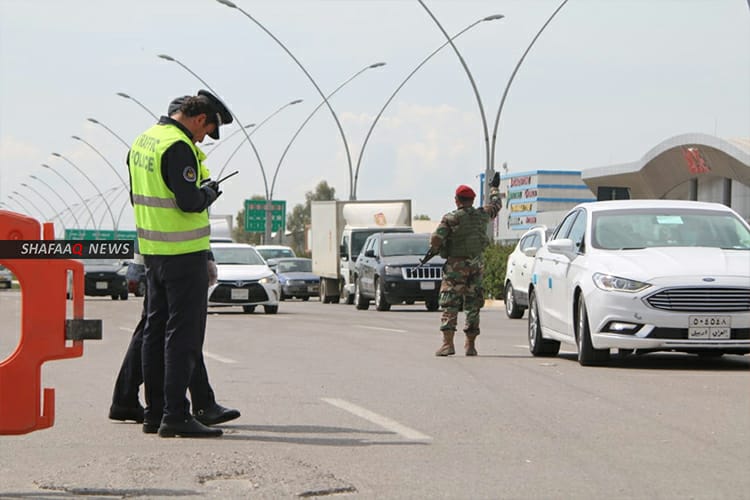 Shafaq News / Erbil governorate announced on Monday evening, that a new mechanism will be implemented to regulate the procedures to prevent corona virus after alleviating the curfew.

The Minister of Interior of Kurdistan Region announced, earlier the continuation of the procedures followed to ban roaming in the cities of the region until midnight today.

He explained " "Until the 10th of April, the curfew will be complete from 6 p.m. until 12 a.m. , and the rest of the time will be according to regulations that are determined by the provinces in order to go about daily life."

In this regard, the Deputy Governor of Erbil, Haimen Qadir announced in a press conference attended by Shafaq News, " vegetables market can work from 12:00 a.m. until 12:00 p.m., adding that supermarkets, bakeries and gas stations can open from 8 a.m. until 6 p.m. with the application of all health measures and instructions issued regarding working there. "

With regard to the possibility of opening pharmacies, Qadir stressed that they will remain open, but according to health measures that guarantee the prevention of infection with the virus.

As for the mechanism for receiving the employees ’salaries, Qadir indicated that the ministries’ employees will be able to go to their departments on the day that they announce the distribution of the salary, noting that allowing their roaming continues until the distribution of salaries is completed.