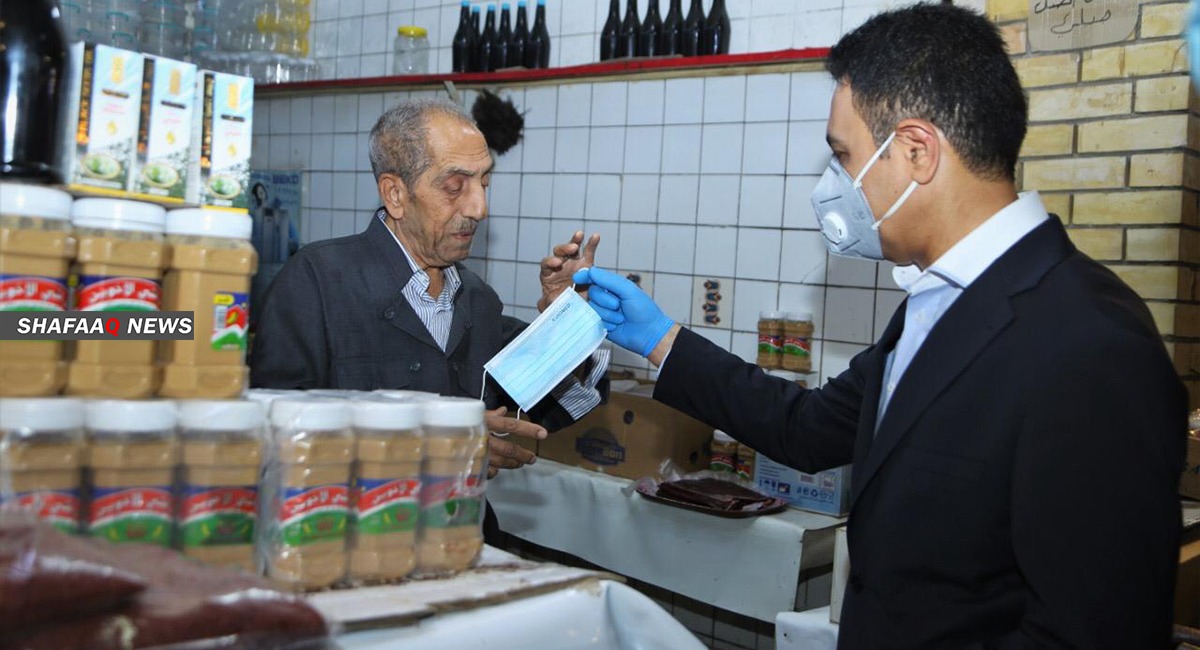 Shafaq News / The Ministry of Health of the Kurdistan Regional Government announced today, Monday, the registration of 3 fatalities and 102 new active Covid-19 cases in the past 24 hours.
In a statement received by Shafaq News agency, the ministry said that 2516 tests were performed today, broken down as follows: 1352 in Erbil, 752 in Al-Sulaymaniyah, 400 in Duhok and 12 in Garmyan, raising the total number of performed tests since the beginning of the outbreak in the region to 90106.
The newly diagnosed cases are distributed as the following: Erbil 15 (including three children), seven among which contracted the virus after contact with previously diagnosed patients, while another Seven were tested and diagnosed positive after exhibiting symptoms without history of previous contact with a diagnosed patient. A single positive result belongs to a citizen who had returned from Iran earlier and placed under quarantine.
The statement indicated that 3 fatalities and 85 new cases were registered in Al-Sulaymaniyah governorate including 4 children; only 31 of which had confirmed history of contact with diagnosed patients.
In the administration of Garmyan, the statement confirmed the diagnosis of 12 cases; all of them caught the virus from a known source.
In Duhok governorate, the ministry registered two active Covid-19 cases. Both cases were in contact with previously diagnosed patients.
The total number of active Covid-19 cases in the region since the outbreak of the pandemic reached 1324, including 537 recoveries,760 inpatients and 27 fatalities.