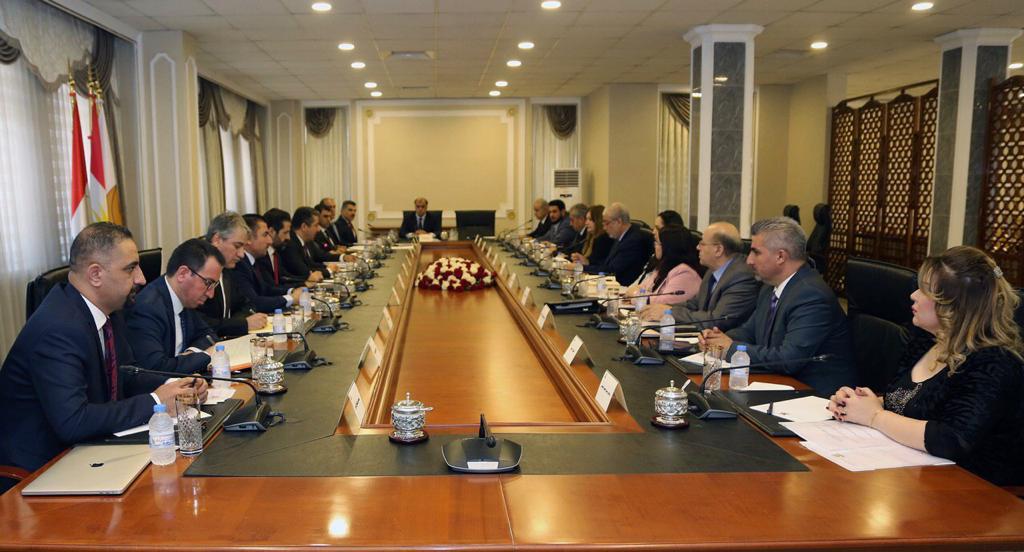 Shafaq News/ The head of Kurdistan Regional Government, Masrur Barzani held a meeting on Sunday, with the heads of the Kurdish blocs in the Iraqi Parliament and Kurdish members of the parliamentary finance committee.

An informed source told Shafaq News that the meeting discussed several issues, including the share of Kurdistan region of the budget next year 2020, and the developments of the talks in Erbil and Baghdad.

He pointed out that another meeting will be held this evening between the heads of Kurdish blocs , the presidency of Kurdistan Parliament and all political blocs.

It is noteworthy that a high delegation of Kurdistan Regional Government headed by Masrur Barzani visited the federal capital Baghdad on July 16 last month, where he met the three Iraqi presidencies.

Dinar/Dollar's rates inched up in Baghdad and Erbil