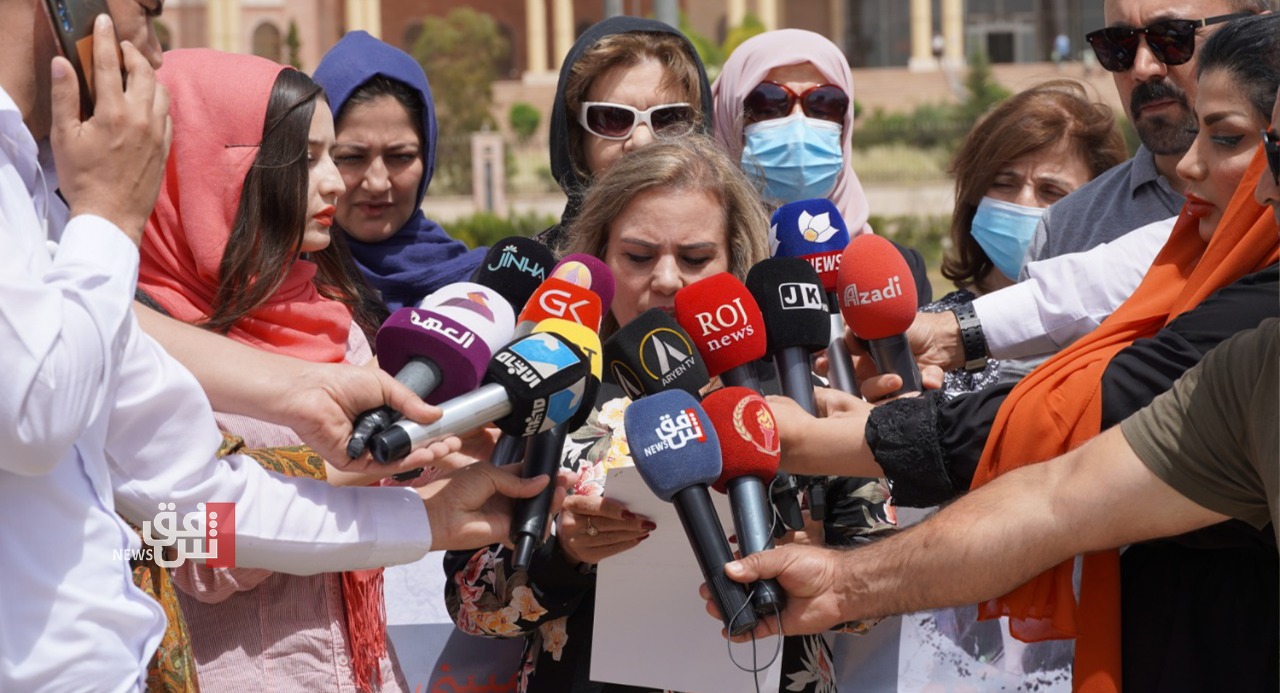 Shafaq News/ A group of women's rights activists and lawyers organized a demonstration near al-Sulaymaniyah court to file a complaint about the increasing rates of femicides without holding the perpetrators accountable.

Kazal Abdel Qader, a member of the "No to Killing Women Because They Are the Source of Life" group, explained that her organization and some women's rights activists and lawyers had lodged a complaint with al-Sulaymaniyah court against the lack of accountability towards the perpetrators of femicide and the weak application of the law that protects women against killings on the grounds of customary and tribal traditions.

Based on the statistics announced by governmental institutions in the Kurdistan region, it was revealed that during the past four months, 40 women were killed, burned, or committed suicide for various reasons. It is, however, widely believed that these statistics are inaccurate and that a woman is killed every two days in the Kurdistan Region.