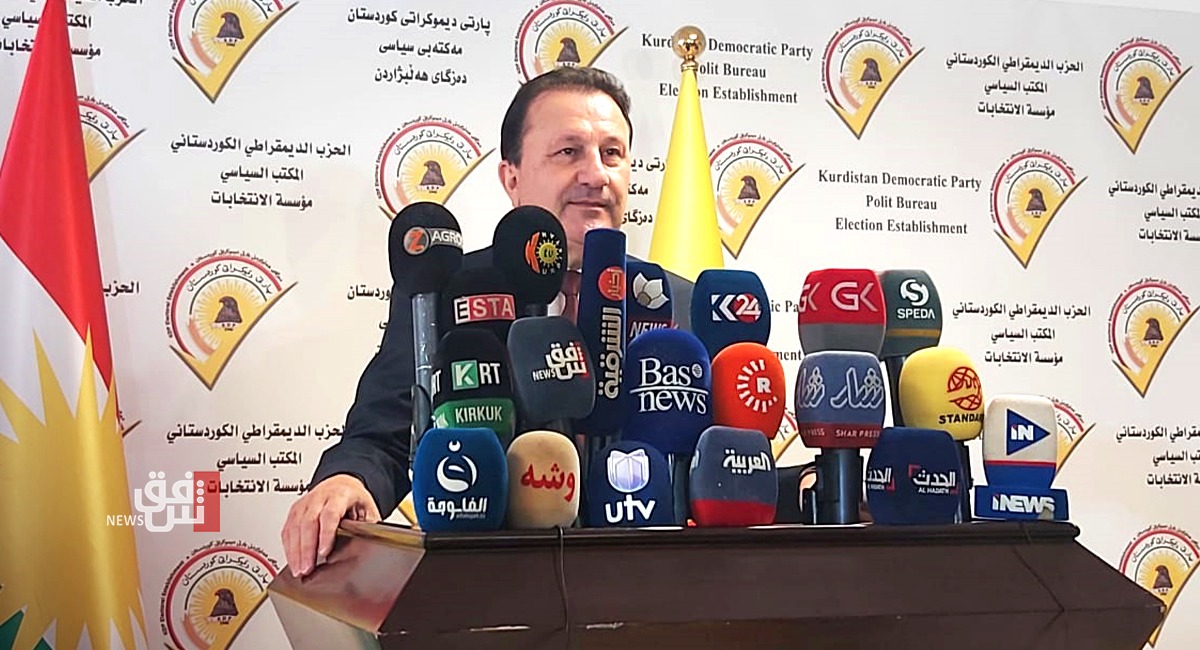 Shafaq News/ The Kurdistan Democratic Party (KDP) said it will run for the Iraqi legislative elections scheduled for October with a roster of 55 candidates in 11 governorates inside and outside Kurdistan, confirming that it did not forge any alliances.

The official of KDP’s electoral office, Khosrow Karwan, said in a press conference today, Saturday, “the party will submit the names of his candidates in 11 governorates to the Independent High Electoral Commission,” adding, “we will run for 30 posts by 55 candidates.”

“Those elections will be intense. The process of electing the representatives is different from previous elections. According to our information, it will be a close competition.”

“KDP did not form any alliances in all the governorates it is contesting at,” he added, “after the elections, a strong alliance might be formed to defend the entitlements of Kurdistan Region.”

When asked about the disputed areas where KDP does not have any headquarters, he said, “our candidates will run their campaigns in Kirkuk and the other Kurdish areas outside the administrative borders of the Kurdistan Region.”

“The General Council of the party has been postponed until further notice due to the emergent conditions and the Coronavirus pandemic,” he said.

KDP spokesperson said that the party has two candidates representing the Fayli Kurdish minority in Wasit and a candidate for the Shabaks in Nineveh.