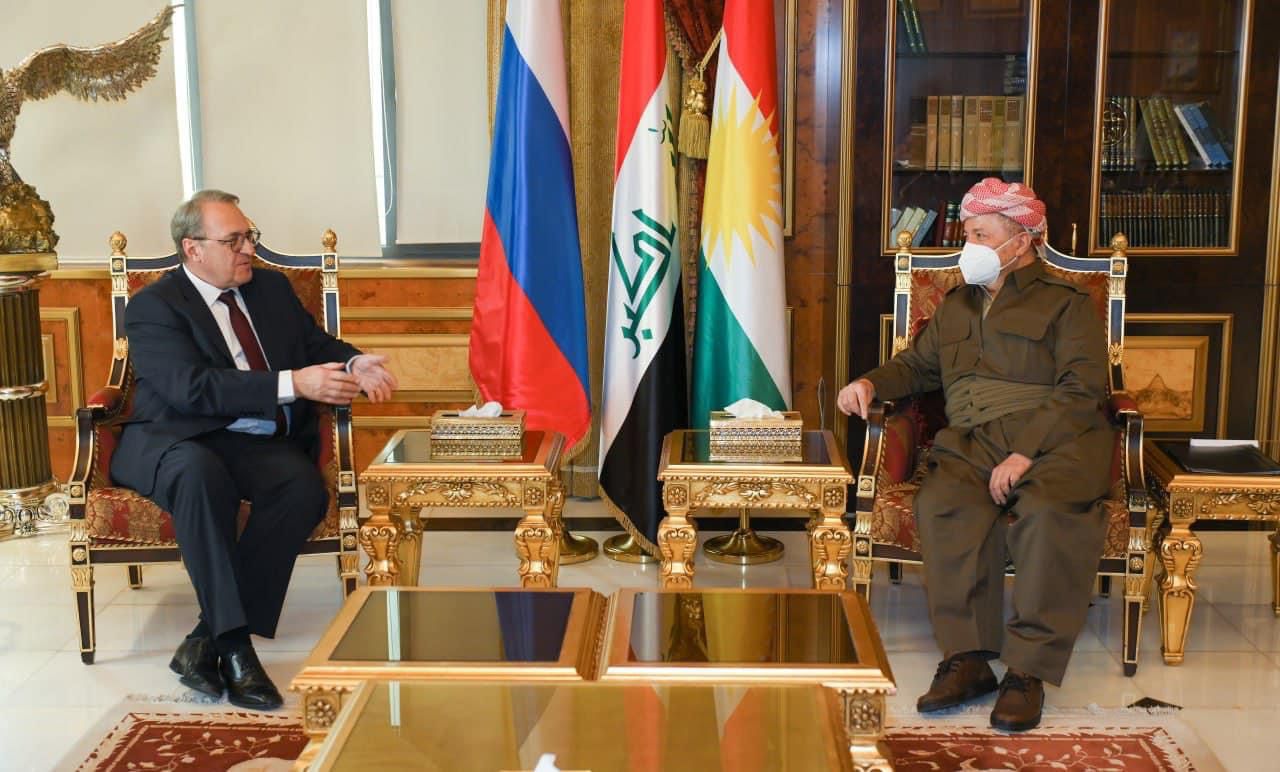 According to a readout issued by his headquarters, the Kurdish leader discussed with his guest the latest updates on the political situation in Iraq, the October 10 election results, and the resurgence of ISIS groups.

Bogdanov conveyed the greetings of the Russian President and the Minister of Foreign Affairs to Barzani and commended the role played by the Kurdistan Region in Iraq and the Middle East.

The meeting touched upon the situation in Syria and the former President of the Kurdistan Region expressed concerns about the future of the Kurds there, according to the statement.

At the conclusion of the meeting, the Russian diplomat highlighted the historic ties between the nations of Russia and Kurdistan and the role of the Barzani family in developing them, wishing further prosperity to the Kurdistan-Russia relations.