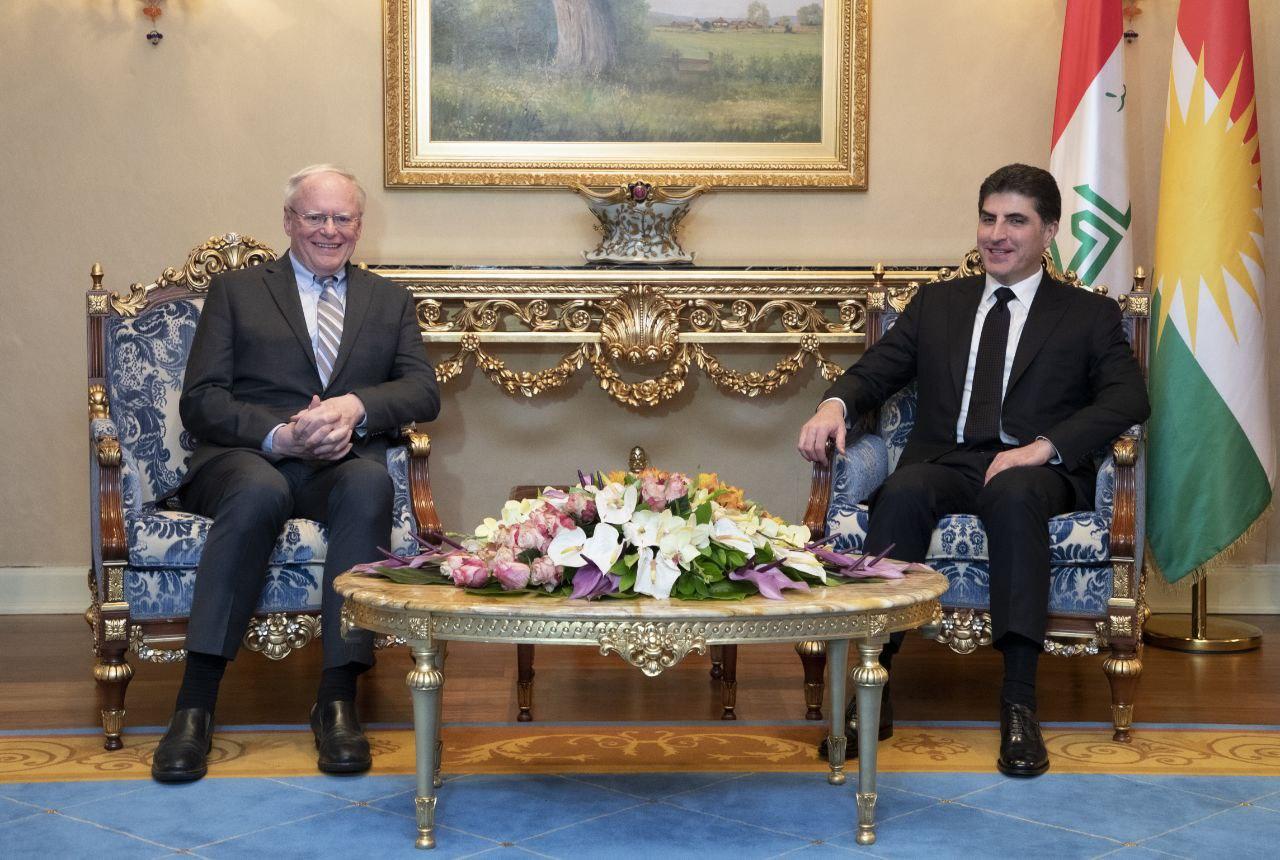 Shafaq News / The US State Department announced today, Monday, that Special Representative for Syria Engagement and Special Envoy to the Global Coalition to Defeat ISIS Ambassador, James Jeffrey, will meet in Erbil, the President of Kurdistan Region, Nechirvan Barzani.

According to a statement issued by the department, Jeffrey will discuss with senior officials in the Region coordination to reassure the defeat of ISIS in Iraq and Syria, as well as the continuous efforts to achieve stability in the liberated areas.

Jeffrey will affirm, his country's support for the Iraqi security forces and the Peshmerga forces in the war against ISIS.