US Secretary of Defense: we thank the Peshmerga for their important role in defeating ISIS 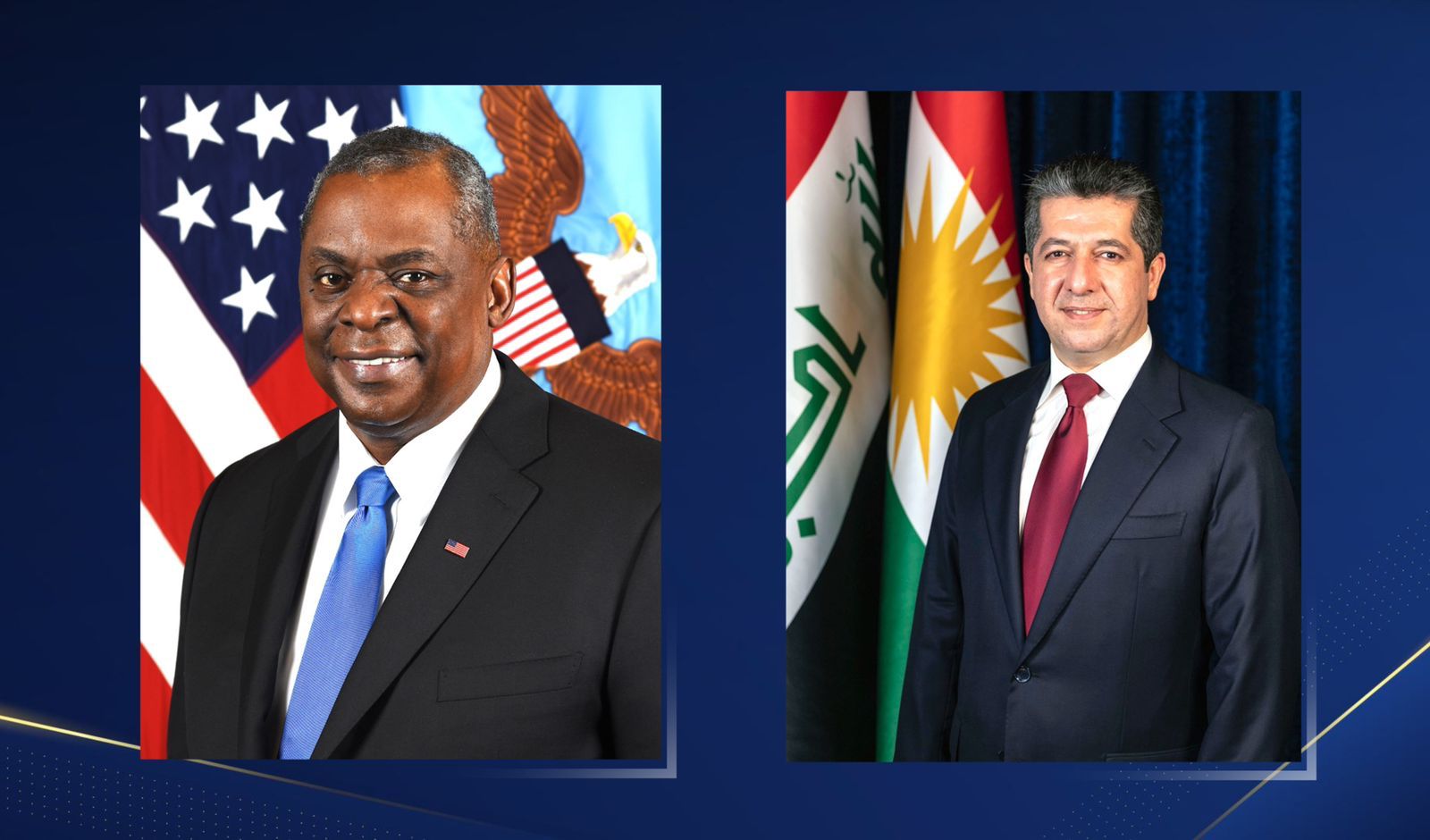 Shafaq News/ On Tuesday, Kurdistan’s Prime Minister Masrour Barzani received a letter from US Secretary of Defense Lloyd Austin, in which the US official stressed the importance of joint coordination in confronting ISIS terrorists.

In a statement, the Presidency of the Regional Government said that in the message, Austin said, "we thank the Peshmerga for their important role in defeating ISIS, and we salute the sacrifices of the Peshmerga in the war against ISIS."

The US Secretary of Defense indicated that "the United States will continue to support the Peshmerga forces and the Iraqi security forces in combating ISIS terrorists, especially in the areas of advisory and information and intelligence exchange."

At the conclusion of his message to the Prime Minister, the US Secretary of Defense stressed that "there is a special relationship between the Kurdistan Region and the United States, a relation based on values and mutual respect. We are pleased to welcome the joint work between the two sides. Thank you for your commitment to the important partnership that brings us together."

Peshmerga forces do not participate in the operations against PKK; the Ministry confirms