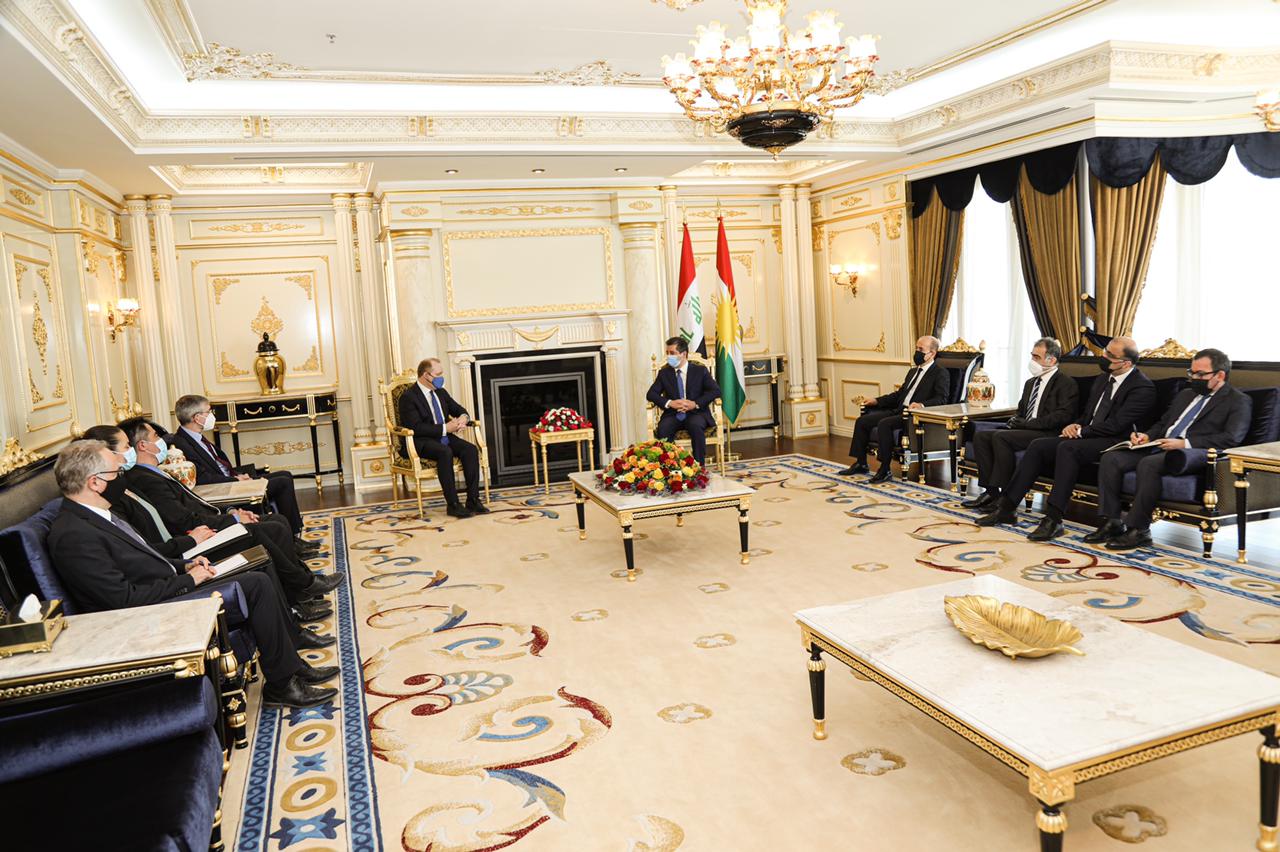 Shafaq News/ The Prime Minister of the Kurdistan Region, Masrour Barzani, hosted the U.S. Deputy Special Envoy to the Global Coalition to Defeat Daesh/ISIS, John Godfrey, and his accompanying delegation.

According to a readout issued by the Region's cabinet, the meeting discussed the latest updates on the situation in Iraq and Syria and the endeavors to curb ISIS threats.

The U.S. Deputy Special Envoy to the Global Coalition expressed concern towards the threats of ISIS in Iraq and Syria, laying emphasis on supporting the Peshmerga forces and the Iraqi Army to deter those threats and achieve stability in the Region.

Godfrey said that the members of the Global Coalition will convene in the Italian capital, Rome, next week.

PM Barzani thanked the Coalition for its support to the Peshmerga forces, deeming the establishment of the Joint Security Cooperation Centers between the Peshmerga and Iraqi Army forces in the Kurdish territories outside the administration of the Region "a major step towards deterring ISIS threats there."

"The Prime Minister asserted the importance of the participation of the Kurdistan Region's Delegation in the anticipated meeting of the Global Coalition in Rome," the statement said.