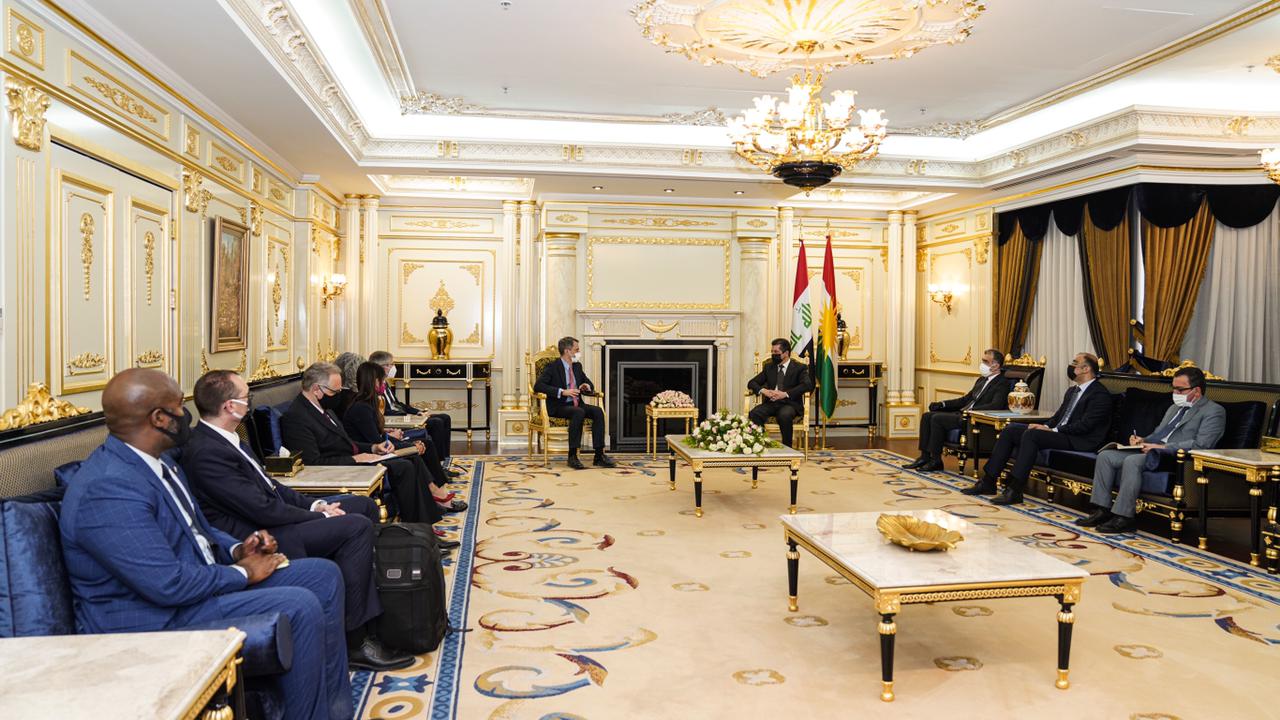 During the meeting, the parties discussed the latest developments in Iraq and Syria, and ways to strengthen relations between the Kurdistan Region and the U.S., according to a statement by Barzani's office.

The two sides also emphasized the importance of dialogue between the Syrian Kurdish parties to enhance political action, pluralism, and power-sharing. They also reiterated their support for freedom of expression, human rights, and the work of civil society organizations.

Regarding the Bahdinan prisoners, Barzani indicated that it is a purely legal issue and is being dealt with according to the law, affirming his full appreciation, support, and respect for the work of diplomats in the Kurdistan Region.

The Prime Minister indicated that the illegal behavior of the convicted and the misuse of their relations and contacts will not affect diplomatic parties.